Despite the overall size, the Slimcase M offers a plethora of slots and pockets.  The front flap has a small pouch in the front, which is big enough for a PDA or a MP3 player with some headphones.  It won’t hold anything too big though since the material won’t stretch very far. 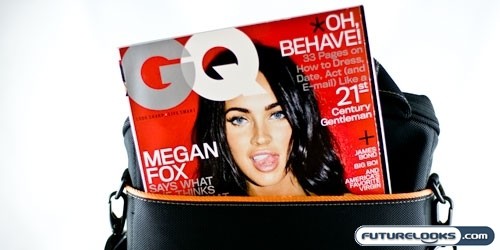 There is another compartment in the back of the bag, large enough for a standard sized magazine but probably not a book. That means War and Peace is out of the question, but Megan Fox on the Cover of GQ can keep you company. 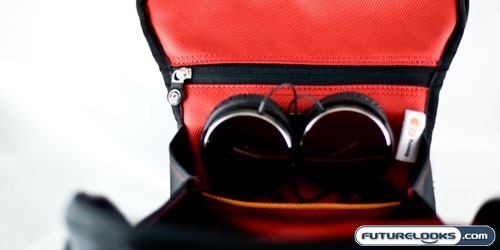 The interior of the front flap is divided into three sections.  The largest pocket is zippered and runs the length of the flap, big enough for a water bottle or maybe a shirt if you don’t mind it getting rather wrinkled. 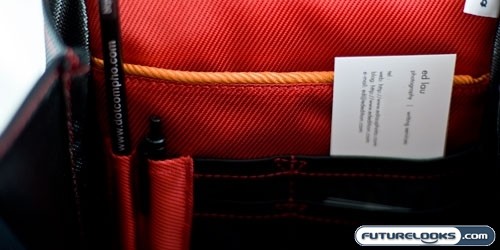 There’s another pocket just below the zipper and a number of smaller pockets just below that, for business cards and a few pens. 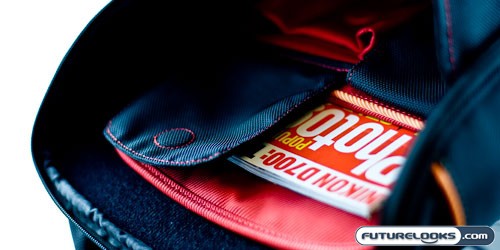 Outside of the laptop compartment is another pocket big enough for a magazine or two and two flapped pockets for your power brick and a wireless or wired mouse. 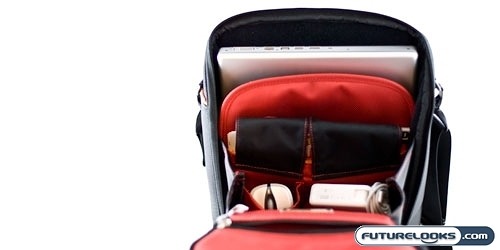 One thing I really like about the Slimcase M is that it is entirely devoid of velcro on all the pockets.  There’s a patch of velcro on the shoulder strap but you will probably never mess with it.  I don’t know about you but if you’ve ever arrived late for a meeting or a class and have to open your velcroed bag, it’s horrifyingly loud.  Velcro is convenient but has no place on…anything in the 21st century.

Instead of velcro, Booq borrows a trick from the MacBook Pro by using a small set of magnets to keep the flaps closed.  Now you might be a little scared to have magnets near your notebooks’s hard drives but they’re relatively weak magnets that only just keep the flaps shut.  I’ve been using the Slimcase M for a couple months now and have seen no adverse effects on my MacBook Pro.