One of the video game accessory companies that we visited during CES 2009 was dreamGEAR. They had a range of accessories for all three of the major consoles, but there was a definite focus on the Nintendo Wii casual gaming market. One of the highlights at the booth had to be the Wii Rumble Blaster. 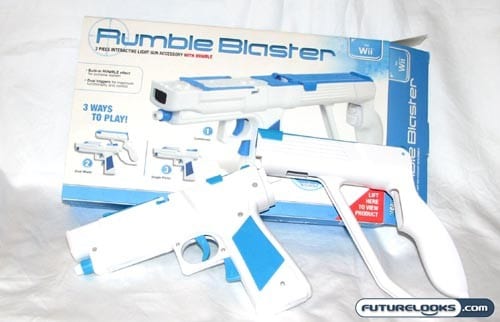 The Rumble Blaster is more versatile than the original Wii Zapper, because it can be used one of three ways. First, you can use the two components together like how you would on the Wii Zapper. Second, you separte the two parts for a dual-wielding experience. And third, you can use the front portion on its own like a handgun.

One of the cooler features on the Rumble Blaster is that there is a second trigger on the pistol grip. Through a clever series of levers, this second trigger activates the “A” button on the top of the Wii Remote. This can come in very handy for games that require that kind of input. 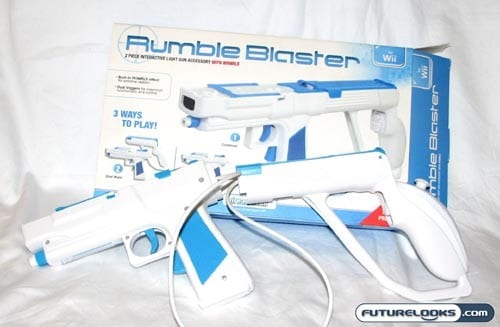 This particular Wii Zapper alternative gets its namesake from its integrated rumble pack. You slot two AAA batteries in the pistol grip and every time you pull either trigger, the gun will vibrate. There is also a blue glowing light on the bottom of the barrel.

On the downside, the back portion where the Nunchuk is housed isn’t quite as well designed. It was remarkably difficult to get the Nunchuk to fit properly, because the C and Z buttons on the front didn’t quite fit through the provided slot. I could either get the Nunchuk to fit or gain access to the buttons; I could not have both. This is a fitment issue that needs to be addressed. It’s also the most expensive in our round up at $39.99 US. 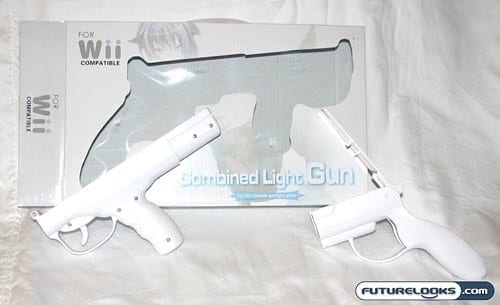 We’ve noted in the past that going with refurbished and debranded products can be a great way to save some money. This works with digital cameras and LCD monitors, for example. The same can almost be said about the gaming market as well. 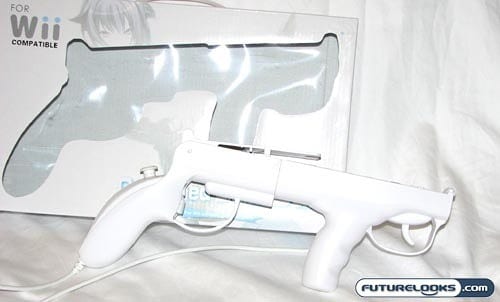 In looking through the computer parts on Geeks.com, you’ll discover that the bargain-shopping site also has an affordable Combined Light Gun option.

You won’t get much in terms of advanced features on this generic product, but it does appear to be a good alternative to the regular Wii Zapper. It is also listed at a third of the price. While it did not have the same fitment issues with the Wii Remote and Nunchuk as the Nyko and dreamGEAR offerings, the cable pass-through and management system is not nearly as well designed here. However, it is the cheapest in our round up at only $11.99 US.