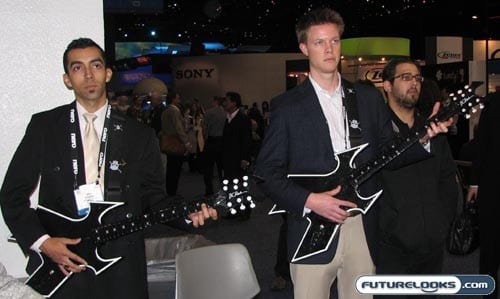 While some people may attend the Consumer Electronics Show in Las Vegas to check out the biggest HDTVs on the planet or the most amazing home theater systems, there is also a sizable part of the trade show that is dedicated to the world of video games. Designing, manufacturing, and selling video game accessories for prominent systems like the Xbox 360, Playstation 3 and Nintendo Wii has become more lucrative and popular than ever, especially since video games are just as much a part of the mainstream as movies and music. Futurelooks had the opportunity to meet up with some of these video game accessory companies to see what they had to offer gamers this year. Here is what we found.

NYKO has always prided itself as being one of the best video game accessory companies in the business, especially with the Nintendo Wii platform. While they had a couple of new things for the PS3 and Xbox 360, the real stars for NYKO are on the Wii. The most prominent announcement at CES 2009 for NYKO was the new NYKO Wand. This is meant to be a replacement device for the regular Wii Remote. 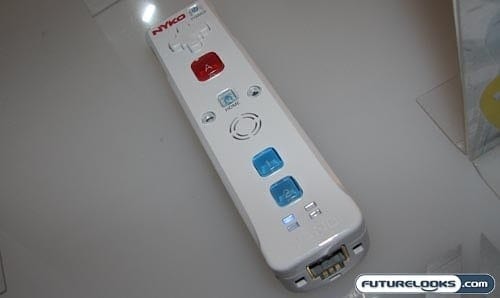 The enlarged face buttons make Virtual Console titles more enjoyable and the rubberized grip minimizes the chances of it flying through your LCD television. The biggest selling point for the NYKO Wand, however, is a special proprietary connector located above the port where you’d plug in things like the Wii Nunchuk. While that port can handle input, the NYKO port can also do output. This opens up the doors for rumbling nunchuks and other innovations.

It can also accept electronic input, so something like a gun attachment can have a regular button as its trigger rather than the mechanical mechanisms that currently underlie most Wii gun attachment accessories. 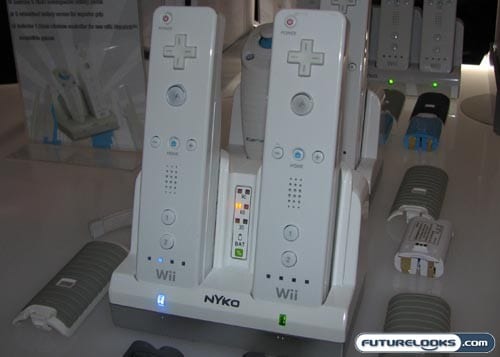 One of the troubles with most charging docks is that you have no idea how far along the charge is coming. NYKO has alleviated this concern by creating a Wii Remote charging dock (an updated version of the existing NYKO Charge Station) that actually has a meter. Using the series of LEDs on the inner column, you can see approximately how much more charging needs to be done. 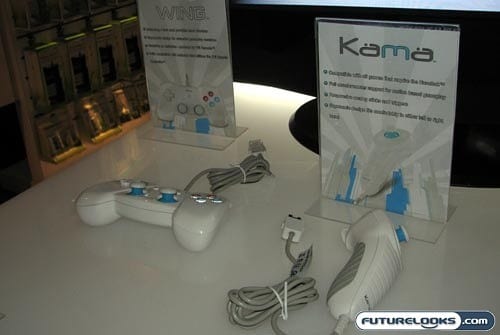 In recognizing the current economic crunch, we see the introduction of the NYKO Wing (classic controller) and NYKO Kama (nunchuk) in wired form. Instead of paying about $30 for their wireless counterparts, consumers can nab the wired versions for about $15 each.