The Career Road to Fame and Fortune 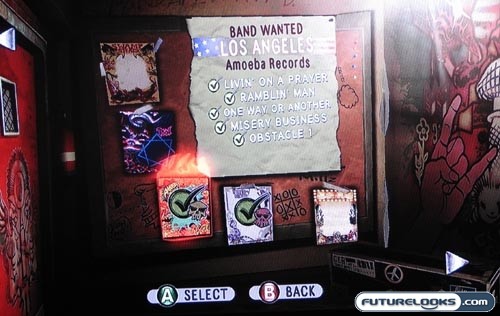 In previous Guitar Hero games, you basically just rifled your way through the various playlists, unlocking new songs along the way and watching short comic-style animations for a slim storyline. Unfortunately, not much has changed for Guitar Hero World Tour, even in full band mode.

While you can bounce between different set lists instead of tackling them in a linear fashion, there is absolutely no risk-reward. You don’t lose fans and you don’t lose money. The super weird thing is that you actually have to pay your hard-earned cash to buy some of the new gigs. What’s up with that? The career mode just isn’t all that satisfying at all, because there is a total lack of a dynamic experience. 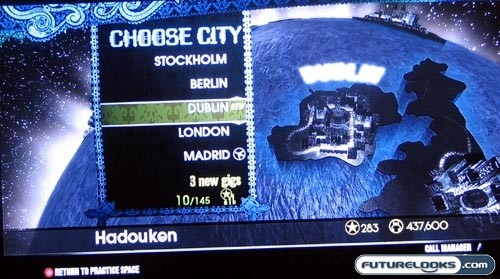 Rock Band 2, on the other hand, maintains the World Tour mechanic found in the first Rock Band. It’s much more of an involving experience, because you keep track of your number of fans, losing fans as you fail gigs and that kind of thing. You can also bounce between different venues, accept propositions to earn double the fans if you get four stars or more (and similar offers from time to time), and you can actually hire staff that help you in various ways.

The career mode in Rock Band 2 is much more enjoyable, because it feels like you’re actually involved in something. You have to unlock a bus before you can travel across the continent. You have to earn that plane before you can rock out overseas. It’s also much clearer how and when you can unlock certain venues and gigs.

All That Other Stuff 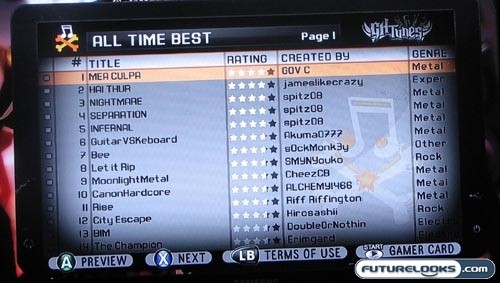 Both games attempt to throw in enough extras to captivate your interest for as long as possible. Both games come with full support for downloadable content, but Guitar Hero has a Music Studio where gamers can compose their own creations. Better still, these player creations can be shared online for free! While I won’t be making any new songs any time soon, this is a fun addition that could have a lot of promise.

A music game is only as good as its track list, but it’s also a matter of personal preference. I like the setlist in Rock Band 2 better, mostly because of “One Step Closer” from Linkin Park, “Come Out and Play” from The Offspring, and “Lump” from Presidents of the United States of America. I also appreciate how you can see the individual difficulty ratings for each instrument from the song list. 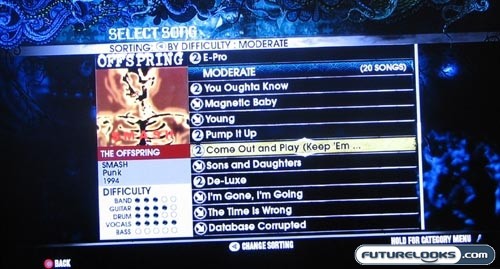 That said, I love how the Quickplay mode in Guitar Hero World Tour allows you to create your own set list, rather than picking one song at a time. It’s a tiny detail, but a notable one.

In terms of other extras, the character creation and customization mode is slightly stronger in Guitar Hero, mostly because each component of a character’s instrument is fully customizable. I thought that was pretty cool. Neither “Rock Star Maker” mode is quite as good as many other games, though.

Which game has the better extras? It’s tight, but I’ll give the point to GHWT.