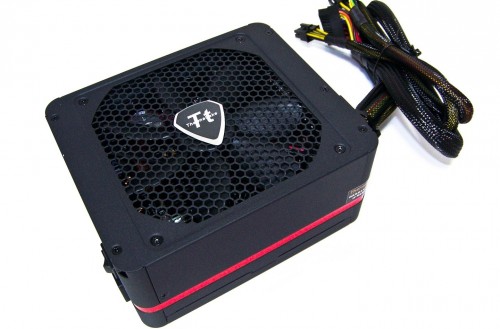 When it comes to high end gaming systems flaunting two or more video cards, your system’s stability really depends on the power supply. First, you don’t want to have substandard power getting to your magical video cards. Second, if not enough power is getting there, you risk unintentional circuit damage. This is often why going NVIDIA SLI or AMD CrossfireX can separate the good from the bad in power supplies. Let’s take a look at a power supply Thermaltake guarantees will handle your best 3-way graphics/hex-core gaming system. It’s 80PLUS Gold certified, flexes 1200 watts of muscle and is from their Tough Power Grand series. 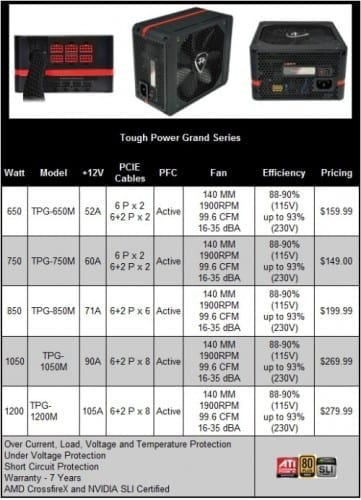 The Tough Power Grand series includes 5 different models, a 650, 750, 850, 1050 and 1200 watt. What makes the Tough Power Grand series so special? The series is 80 Plus Gold efficient meaning it has to pass validation tests of at least 87 to 90% efficiency at full load in order for the power supply to carry this honorable badge. This further translates in to a power supply that isn’t wasting power, or losing no less than 13% of its input to output power. 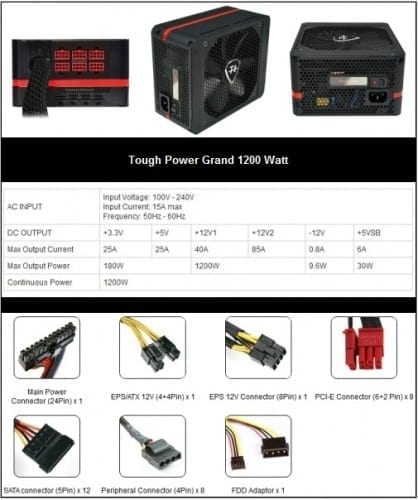 High wattage power supplies were designed to support high end power hungry systems. The TPG-1200M sports a massive 105A total +12V output split between two rails, +12V1 at 40A and +12V2 at 85A. To put it into perspective, that’s enough power for a computer with a hex-core CPU, 64GB+ system RAM, a motherboard running three high end video cards and twelve hard drives.

The TPG-1200 needs to offer all the power cables necessary to connect a system like the one mentioned above. You’ll notice that it comes with an EPS 8pin and EPS/ATX 4+4pin connector. These two are especially important for really high end motherboards like the ASUS Rampage III Extreme Black Edition or GIGABYTE GA-X58A-OC. Those two offer the most advanced CPU PWM support and have two 8pin EPS power sockets to make that happen. 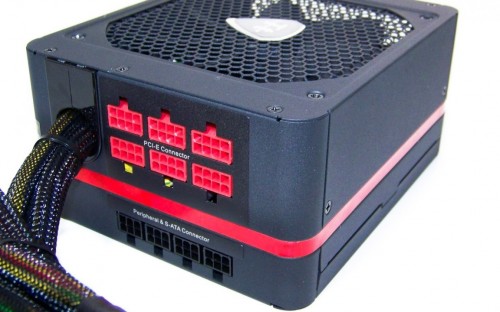 This is a rather good looking power supply. It has a nice textured jet black finish with a red “speed stripe” that surrounds most of it. It also offers a rounded corner chassis as opposed to the common square shaped chassis. There’s a little Thermaltake badge on the back that would have been cool if it lit up when powered.

The 140mm fan carries the TPG badge with the TT moniker. This shield badge tells everyone that this is a top of a line power supply from the series. The fan itself spans the entire width of the PSU chassis. There’s no extra room given its compact size.

Speaking of size, the TPG series all share the same sized chassis regardless of wattage. That’s cool that engineers can still squeeze those big caps and components inside regardless of output. On the other hand, I noticed that due to the chassis shape, the PSU doesn’t quite fill in the bay inside your computer case. Depending on the case, you’ll see some space between the corner of the PSU and case walls. It also makes the mounting holes on the PSU sit back a little farther. To remedy this, the PSU comes bundled with four longer black screws and two rounded bumpers that stick to the PSU to fill in the small gap.

What Comes in the Box? 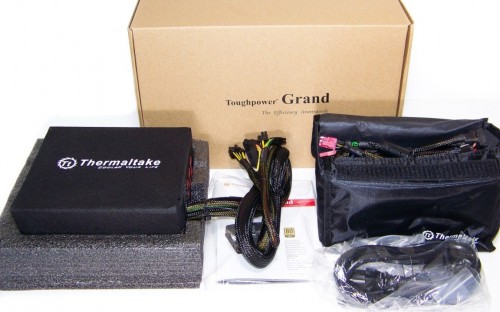 The TPG-1200M bundle is pretty decent. It comes with a protective cover over the PSU, nylon cable bag, corner bumpers for the PSU edges, very thick power cord, black screws and cable ties. There’s also two square wire clips that one can use to bind cables together rather than using zip ties. Those can help keep the PCIE cables from laying about all chaotic like. 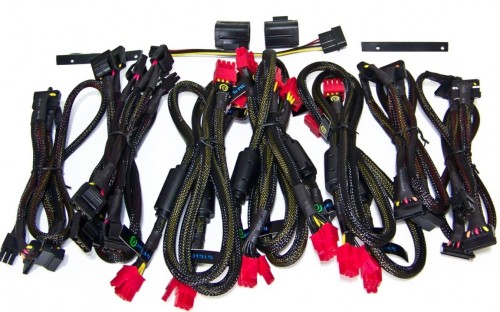 The cables themselves are quite thick. The braid is pretty decent and covers the entire cable. There’s no bare wiring save for the floppy disk power cable which most of us rarely ever use anymore. It’s nice to see this omitted from wasting cable space. The cables are also all labeled and color coded so you can’t get anything confused.