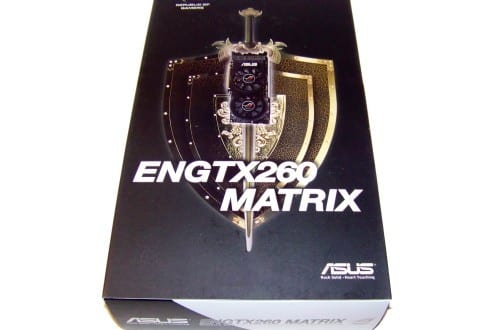 We’ve seen the entire nVidia GTX video card series go through another revision as of late. The latest revisions are the GTX 275 and GTX 285 which offer improved power and performance benefits thanks to the smaller GPU. However, that doesn’t mean the original GTX series have been kicked to the curb. In fact, that usually means someone is taking the previous choice GPUs and putting them on video cards exclusively aimed at the extreme enthusiast who’s going to exploit their full hidden potential.

One of these GPUs can be found in the GTX 260 series which has been used in countless video cards carrying overclocked monikers from just about every manufacturer. What separates one from the other ultimately are the overclocked settings and any extra performance under the hood. One thing most those cards don’t offer is charisma. That’s why we’re here today to take the ASUS Geforce ENGTX260 Matrix video card out for a spin. 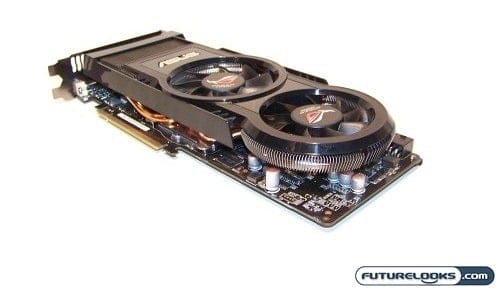 There aren’t any GPU revisions offered here, however the GPU and Memory ICs are the pick of the litter in sorting. What we end up with at the end of the day the cream of crop from available parts. The only real way to tell whether or not those parts are indeed special is by putting some extra voltage in to the card and overclocking the mess out of it.

Here are the card’s basic specifications to get everyone on the same page:

As you may have noticed, these are the same exact specs of nVidia’s reference GTX 260 video card. It’s up to the manufacturers to add any extra factory overclocked frequencies. So, again, it’ll come down to just where this video card “clocks in” during testing to see if it’s a kitten or a tiger.

Anything special in the box? 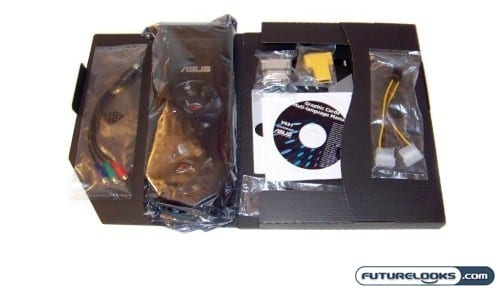 The card bundle is unfortunately pretty basic. Inside the box, you’ll find the power cables and video adapters needed to get your card fully connected no matter what kind of monitor you have. A couple discs are included that contain nVidia video card drivers and extra software for tweaking the card.

If there’s one thing that almost always earns a card bundle an “A”, it would be a video game. It doesn’t have to be the latest or greatest. But, a decent popular game title at least can be put to use some where. Perhaps, we’ll see more of that kind of thing in future cards.