When it comes to the design of the card it would seem that ASUS engineers opted to go with something different than the basic nVidia reference design. This is typically a never ending black shroud with some after market sticker on them. If it weren’t for the stickers, you’d have to guess what GTX video card is underneath those bland fan shrouds. 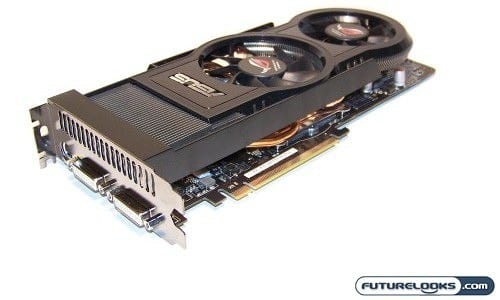 The ASUS ENGTX260 Matrix GeForce GTX 260 offers an aftermarket cooler that resembles a mixture of Thermaltake’s DuOrb with some custom ASUS bling. It’s mainly comprised of dual, copper heat pipe halos covered by numerous aluminum fins. The overall size of the coolers spans the entire length of the video card and makes contact with all the heat producing components on the PCB. Despite its size, it doesn’t feel heavier than other GTX 260s with reference design coolers. 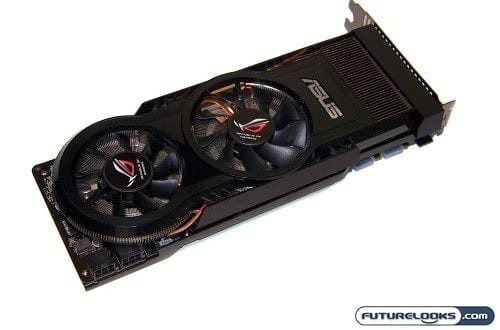 There is one thing that the default plastic shrouds have going for them. While some heat escapes around the edges of the cards, the bulk of the warm air does get pushed out the back of your case due to the dual PCI mounted frame. Only a small portion of warm air escapes out of the back of the case with the Matrix. The massive GPU cooler expels warm air directly inside your case. Is that a bad thing? Not really. Especially if your case moves air efficiently.

The onboard 896MB of video memory is nothing to scoff at. Only a very small amount of current video game titles are capable of putting anything above 512MB to good use. Titles that can benefit from the extra memory can be see seen in action when you crank up the Anti-Aliasing and Anisotropic filtering options. The higher you set these options, the more game information will be stored in the video memory, thus quickly taxing the card. However,  this can make your games look super nice and we all want the most eye candy we can handle before throttling back. 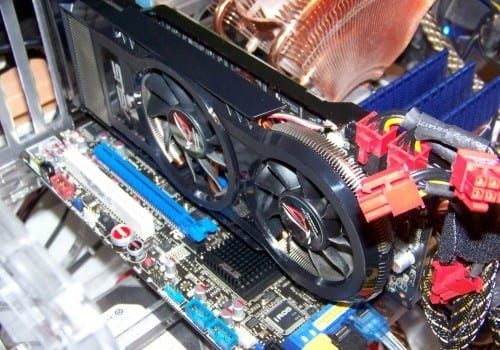 What could be just as sexy as the ENGTX260 Matrix? How about the every impressive ASUS Rampage II Gene Micro-ATX Motherboard. The two seem like they’re made for each other. Both have black PCBs and are from the Republic of Gamers line. The only thing that could top this would be two ENGTX260 Matrix cards.

Our test system setup is as follows:

The benchmark line up consists of FutureMark 3D Vantage Pro, Crysis, Farcry 2, Call of Duty World at War, and Mirror’s Edge all being run within Vista 64-bit to take advantage of the 6GB Triple Channel Memory and to tap in to any extra performance gains that the system may experience with the extra memory.

The latest nVidia 185.85 videocard drivers were used as well as the latest Gene 0705 BIOS. Driver graphical settings were left to default with the exception of VSync which was turned off.