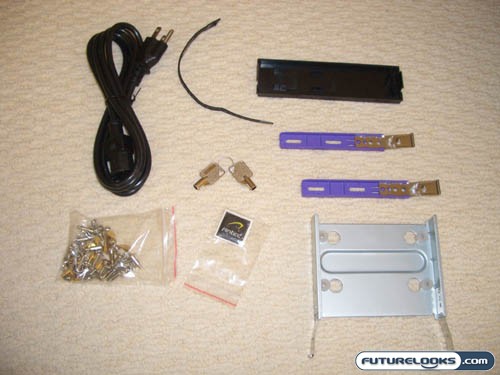 Upon opening up the case, I found the usual bag of goodies. This included:

So overall, no real extras that make us say “Wow” or anything. The case badge isn’t stuck to the case, which gives system builders a chance to put their own mark on their creations instead.

Taking a Look Inside… 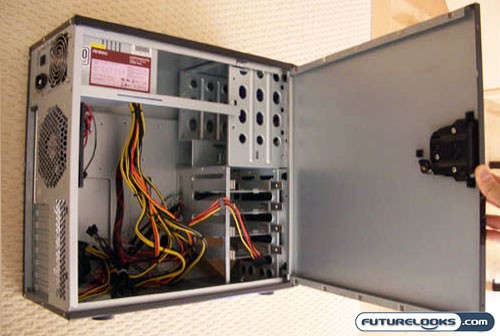 To gain access inside of the case, I removed the 2 thumbscrews located on the rear and used the nifty latch mechanism (same as the Sonata II) to open up the side panel. Again, there was a lock to prevent prying hands from getting to the guts of your computer. Once removed, we noticed a near identical setup to the Sonata II. One thing that was missing was the Chassis Air Duct that redirects hot air from the CPU and video cards out of the case. Maybe ANTEC determined that this wasn’t really as effective as it seemed it would be.  Antec made a similar move when they removed the VGA ducting system from their P180 series cases so I guess this might be true. 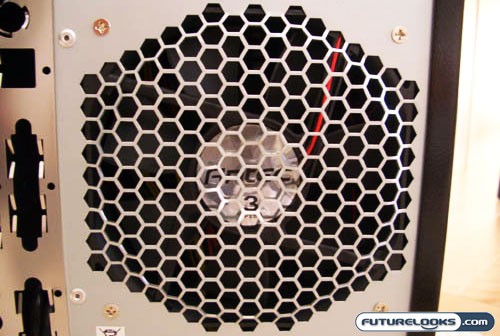 More similarities with the Sonata II included a 120mm rear mounted Antec Tri-coolTM fan. This fan has 3 speed settings that you can set depending on noise and heat requirements. There is also only 1 other place to mount a fan and that is on the internal hard drive bay. With only 1 additional spot to mount a 120mm fan, this may limit the cooling capabilities of the case. However, it appears that ANTEC wants to keep the case quiet (by only allowing 2 fans) since that is the main purpose of this case. They even go as far as recommending against a front case fan, except if you use their own ANTEC 120mm Tri-coolTM fan. 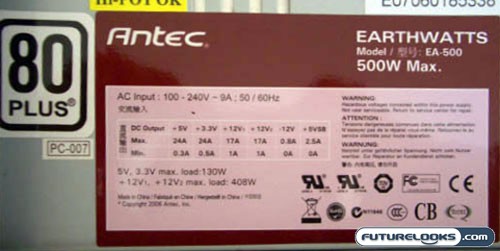 The other difference that I noticed was the change from a 450W power supply to a 500W Earthwatts power supply. Some may argue that 500W is barely sufficient for today’s market, but for some of us that don’t have the power hungry video cards, and multiple hard drives, 500W is more than suitable for a mid-range setup. More details on this power supply can be found here.