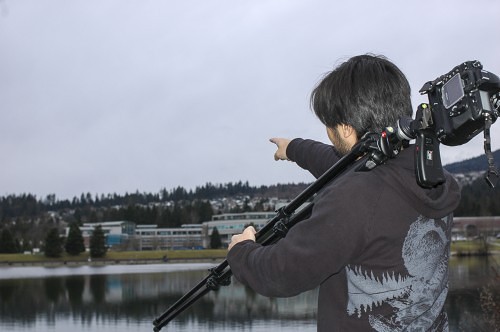 With all the new lens stabilization technologies out there, you would think that tripods would become obsolete. Well, clearly, that’s not the case. If you have shakey hands, you’ll get shakey pictures no matter how much vibration reduction there is. The key to getting those super sharp pictures is a steady camera and there’s no easier way to do that than with a tripod. Manfrotto, one of the leaders in tripod technology, have sent along one of their 190XPROB Pro Aluminum Tripods for us to have a look at.

As an Italian designed product, the Manfrotto 190XPROB resembles a finely crafted Ducati Street Bike than some aparatus to hold up your DSLR Camera. Manufactured from mainly high quality aluminum, the combination was so sleek and sexy that I was almost too afraid to take it outside and torture it. The 190XPROB is made for large prosumer digital cameras and of course, film and digital SLR cameras. It’s suitable for camera bodies with long telephoto lenses up to a weight limit of 11 lbs / 5 kgs when combined with a suitable tripod head. 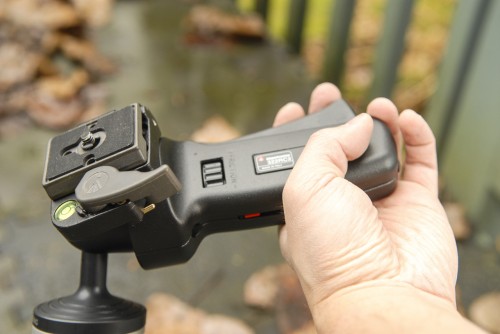 To complement the 190XPROB, Manfrotto also sent along their 322RC2 Heavy Duty Grip Ball head. With a 5.0 kg weight limit, it was a good match for the 190XPROB. The 322RC2 also features a trigger system that makes adjustments quick and easy, while the tension adjustment allows you to further fine tune the grip strength. For more information about this ball head, you can click here. For the 190XPROB tripod review, read on! 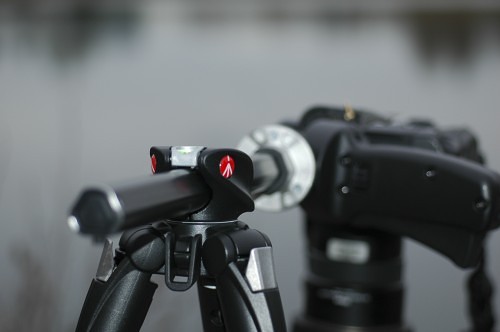 The signature feature of the Manfrotto 190XPROB is the horizontal split column which allows the center column to be repositioned quickly and then used horizontally as an extending arm, or vertically (both right-way-up and upside-down), via an innovative quick release system. In the horizontal, it can be turned 360° around the tripod, and is useful for macro work, low angle shooting, and allows the tripod to be placed in unconventional places, further increasing the creative possibilities. 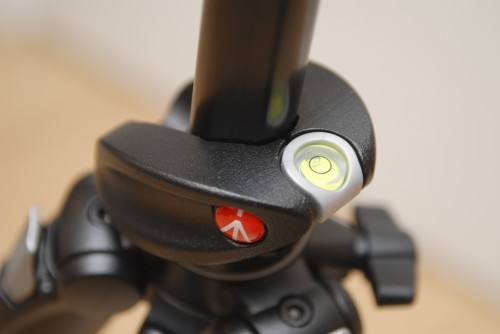 The 190XPROB also features quick action lever locks, foam rubber leg grips for cold weather use and a bubble level that is cleverly integrated into the cast aluminum main clamp. This is all wrapped into a package that weighs only 3.9 lbs (or 1.8 kgs if you’re metric). 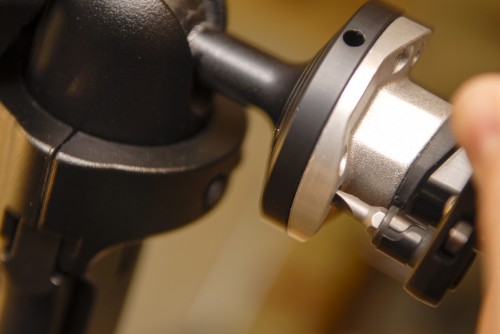 Since the Manfrotto 190XPROB comes to you headless, you’ll need to attach one. The process is actually very straight forward.

Once you’ve spun your head of choice, like the 322RC2 that we have here, onto the top of the 190XPROB, you just need to fasten it down with some set screws on the bottom of the aluminum head. This provides sufficient insurance against loosening and spinning of the head during use. The only annoyance I had was with the orientation of the screws as I needed to use an L shaped flat head screwdriver to fasten the screws down. The handle of a regular one seems to get in the way.

How Does That Split Column Thing Work? 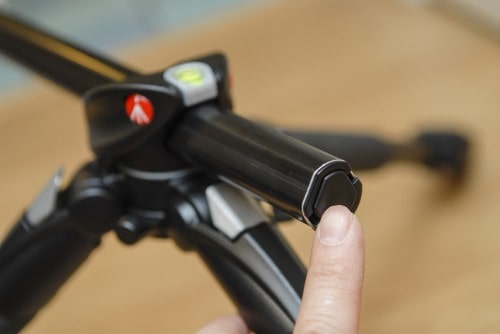 Manfrotto tripods have had this trick for quite some time where the vertical column could be removed and then repositioned horizontally. However, they couldn’t leave well enough alone. They figured out a way to this quicker and easier with the introduction of the split column design.

The original 190 series tripods required you to fully remove the center arm, and then reinsert it horizontally back into the center column.  You also needed to unscrew a knob at the base of the arm before you could pull it all the way out, not to mention the moments of seperation between the tripod and your attached gear could mean risky business. The 190XPROB transforms with just a push of a button. Simply undo the column lock, pull the center arm up all the way, hit the magic button in the above photo, and then push it into place. This allows you to keep your equipment semi-attached to the tripod while performing this previously tedious manouever. 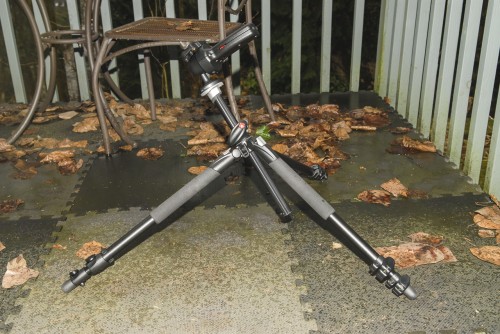 With the ability to easily breakout into horizontal column action, your creativity options increase. Matched with a set of tripod legs that can fold out to 90 degrees, you can get pretty darn low or manage some weird off balance positions.  If you’re wondering where the hook is, it’s still there. It’s just been relocated to the side of the tripod as it’s no longer attached to the end of the center column.