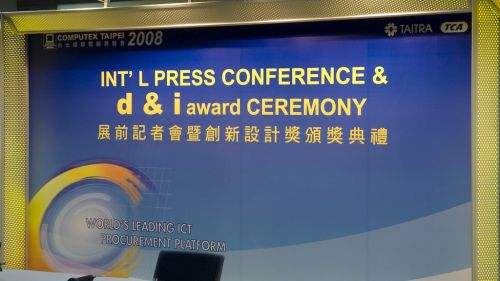 To kick off what will surely be a great week filled with some of the world’s greatest technological innovations, Futurelooks attended the opening press conference for COMPUTEX Taipei 2008. Boasting that it is the world’s leading ICT procurement platform, COMPUTEX has quickly grown to become one of the most talked about events on the computer trade show circuit. In fact, as you may recall from our primer and preview, COMPUTEX is the second largest computer expo in the world. 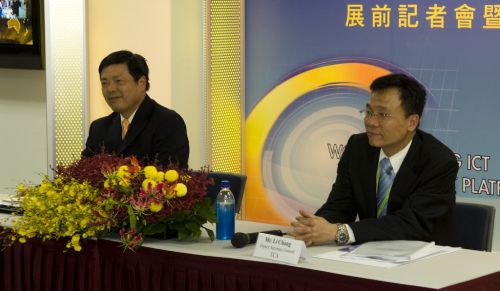 The press conference kicked off with a welcome speech from Mr. Walter Yeh, the Executive Vice President of the Taiwan External Trade Development Council (TAITRA). He emphasized the rapidly expanding size of COMPUTEX, both in terms of floor space and in terms of the number of attendees. There are over 1,750 companies represented at COMPUTEX 2008 with the 4,000+ booths spanning across two huge exhibitio centers.

Following the speech from Yeh, Mr. Li Chang took to the podium. He is the Deputy Secretary General of the Taipei Computer Association (TCA) and he introduced the overall theme to COMPUTEX Taipei 2008 known as “WING” which stands for…

In Chang’s own words, they believe that COMPUTEX can “fly higher than high” and they’ve got the “WING’s” to do it.

We’ve become an increasingly connected society and it’s even better that we can cut the wires in doing so. Yes, it may be pretty nice being able to take your laptop to the local Starbucks for some blogging action, but wouldn’t it better if you could take advantage of Wi-Fi speeds without being bound to a single location?

WiMAX technology, perhaps best known in North America through Sprint’s XOHM service, is said to provide wireless speeds that not only rival Wi-Fi, but speeds that can actually beat it. Because WiMAX operates in much the same way as a conventional cellular network, it also means that you can enjoy these data speeds anywhere you have a connection, even if you are zooming through town on a bullet train. 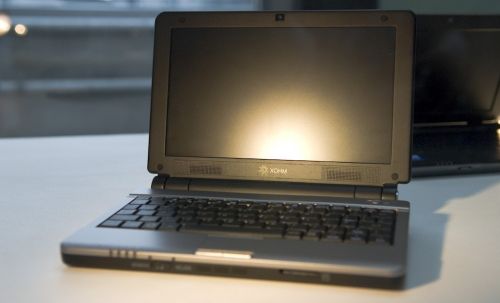 The growing proliferation of WiMAX mobile broadband technology can be seen in one of the winners of the first ever COMPUTEX Taipei Design and Innovation Awards. These awards are organized by iF, the same Hanover-based organization that is best known internationally for its annual iF product design awards. Among the Gold award winners was the Via OpenBook UMPC design platform. This subnotebook comes preloaded with WiMAX connectivity. A version of the Asus Eee PC will soon be available with WiMAX as well.

WiMAX allows consumers and corporate users alike to stay connected everywhere they go. No longer will you be tied to Wi-Fi hotspots for your high-speed surfing needs.