Gamers will look for any edge they can find to one-up their opponents in competition. Be it a certain graphics setting, or a specialized input peripheral, anything is fair game to eke out that extra split second that could mean the difference between victory and defeat. We’re taking a look at the latter of those two options; a specialized game pad from the folks at Wolfking. 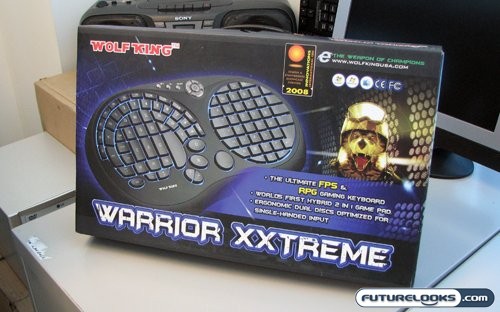 The Warrior XXtreme Game Pad is an upgraded and enhanced version of the original Wolfking Warrior. Where as the Warrior was just the WASD keys clustered together into a round pad, the Warrior XXtreme adds a round QWERTY keyboard. That with the use of the word extreme with two X’s means this has got to be better right?

All joking aside, while the original warrior was targeted primarily at those who play first person shooters the Warrior Xxtreme has a much broader scope. With the extra keys, it may also be useful to MMO players and the odd RTS. Here’s a quick run down of the Warrior Xxtreme features. All the details can be found on the product home page.

As for the price of admission for supposed gaming nirvana, the Wolfking Warrior Xxtreme is neither a bargain nor over priced. The typical street price for this game pad is $70 USD. For your money, all you get is the game pad and a manual. There’s no included software, as the Warrior Xxtreme emulates the same key signals sent by a standard keyboard. Either way, the sticker price places this keyboard in the same price bracket as many other so-called gaming peripherals. 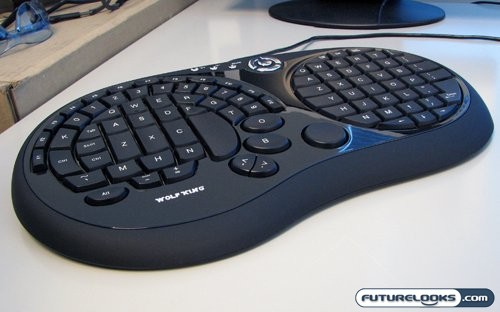 I don’t know if it’s apparent yet, but I’m sceptical as to the usefulness of these types of gaming peripherals. The same scepticism was shown in my review of the Microsoft Sidewinder Mouse. The Warrior Xxtreme is – maybe unfairly – even more of a target due to it’s unorthodox look and design. We’ll have to see how Wolfking’s claims pan out, but first we’ll need to see what makes this Warrior worthy of a XX extreme rating. 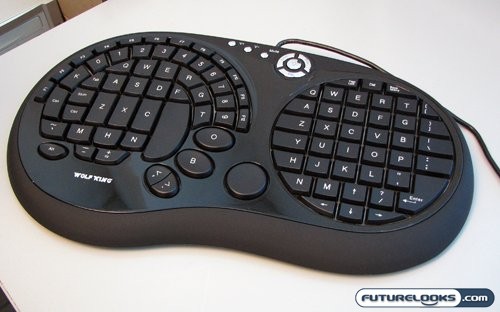 As noted before, the Wolfking Warrior Xxtreme has a dual personality. One side is configured for movement in 3D games like shooters and MMOs, and the other has a full complement of keys in a split QWERTY setup. Along the top are audio controls, an Escape key, some extra functions, and lighting control. As for the finish, it’s the same smudge prone piano black.