Those who have been around gaming for a while will remember the venerable line of Sidewinder gaming peripherals from Microsoft. This product line started with a well known gamepad, and expanded into joysticks, more gamepads, and other purpose-built peripherals. These peripherals enjoyed varied success, and either by design or demand were retired by Microsoft in 2003. 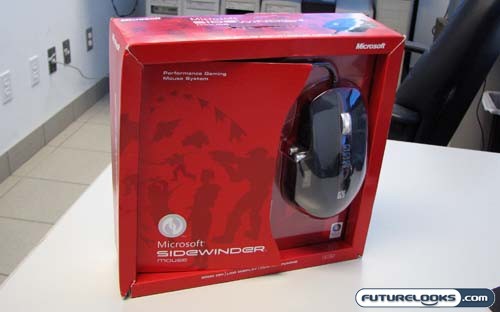 Though some may argue this, the Sidewinder line was one of the fore-fathers of the modern gaming peripheral market. Back in the halcyon days of the mid to late nineties, Microsoft was one of only two players able to bring to market successful "gaming" peripherals. I use quotes because the gamer market wasn’t much more than a blip on the radar those short few years ago. The only other manufacturer of peripherals targeted at gamers that was well known in the mainstream was Logitech.

The times have certainly changed. Now in 2008 you can’t sneeze without some of your nasal discharge hitting a "gaming" targeted product. It is into this environment that Microsoft has decided to re-launch the Sidewinder brand. At the head of this charge is their new gaming mouse, which is simply called the Sidewinder Mouse. 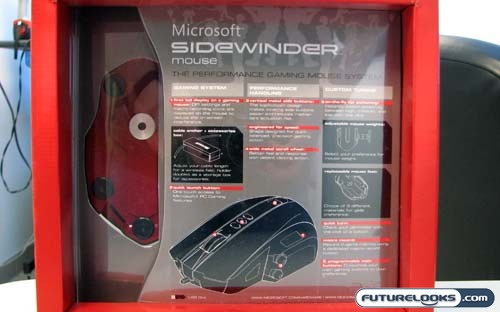 The Microsoft Sidewinder mouse is made for gamers. It sports features seen in many other so called performance mice, including adjustable weighs, switch on the fly DPI settings, and multiple programmable buttons. The mouse is wired, which is peculiar in this age of wireless…everything. There has been rumblings that this is due to concerns over performance lag experienced in wireless mice by professional gamers. Since Microsoft is quite adamantly trying to target that market – and their followers by proxy – out goes the wireless transmitter in favour of a good ol’ USB cable.

Now performance lag is something I have not experienced in a wireless mouse since about 2003, but it does shave some money off the price tag. On the street this mouse can be had for about $80 USD, which places it below the $100 mark set by the Logitech G9 and above the Logitech G5 sticker price of $50. So after all these years on the sidelines, we now get to see if Microsoft and their new Sidewinder Mouse can cut it. 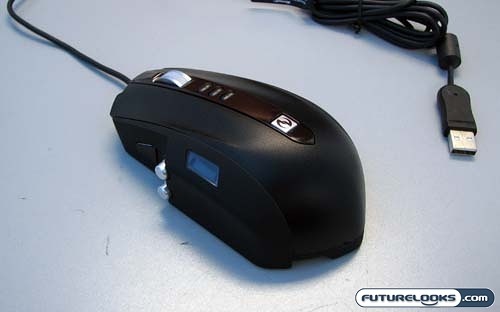 Upon un-boxing, the Microsoft Sidewinder Mouse definitely catches your eye in a couple of ways. The first thing I noticed was how large it looked. Granted it’s the same length and height as the Logitech G5 I mentioned earlier, but due to it’s sharp angles and high back it just looks much more bulky. As for the design, the mixture of black, dark red, and silver just screams "trying to look futuristic over here" in an attitude riddled New York accent. Microsoft’s team of designers definitely tried to make this device look at home next to a flashy case and keyboard. The looks are definitely subjective; some will like them while others will find them rather garish.