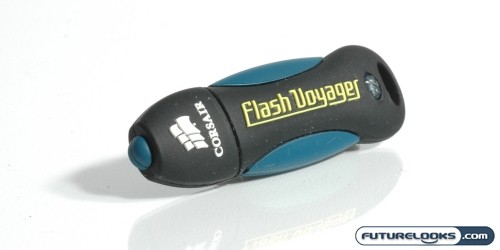 It amazes me that each year memory companies keep putting out larger and larger memory capacity portable storage devices at lower prices than the previous year while trumping last year’s products and their competitors. Corsair, a world leader in producing high end computer and flash memory products sent us their largest capacity USB 2.0 flash drive to date sporting 32 GB of storage. Yes you read correct; a 32 GB USB 2.0 flash drive that you can carry around in your pocket. Crazy isn’t it?

Sometimes it is easier to conceptualize the vast size of this Flash Drive with real things that people would actually carry. Corsair claims that you can hold approximately 9900 JPG at 6MB per image, or 13 hours of MPEG 2 Video at 5Mbps-30fps, or 152hours of MPEG 4 video at 384 Kbps – 15fps or 8000 MP3’s at 128kbps. Any way you look at it, 32GB enables you to carry around a whole lot of stuff in your pocket. The Voyager is compatible with Windows Vista, XP, 2000, & ME, Mac 9.X and later, and Linux Kernel 2.4.2 or higher. There is also encryption software called TrueCrypt included with the Voyager which offers fully featured file encryption that claims to be far superior than creating a separate secure partition on the Flash Voyager.

Corsair tops this all off with a 10 year warranty. Usually electronics these days only come with at most a 1year warrantee unless you buy the rip off “Extended Warrantee”.

What’s in the Box 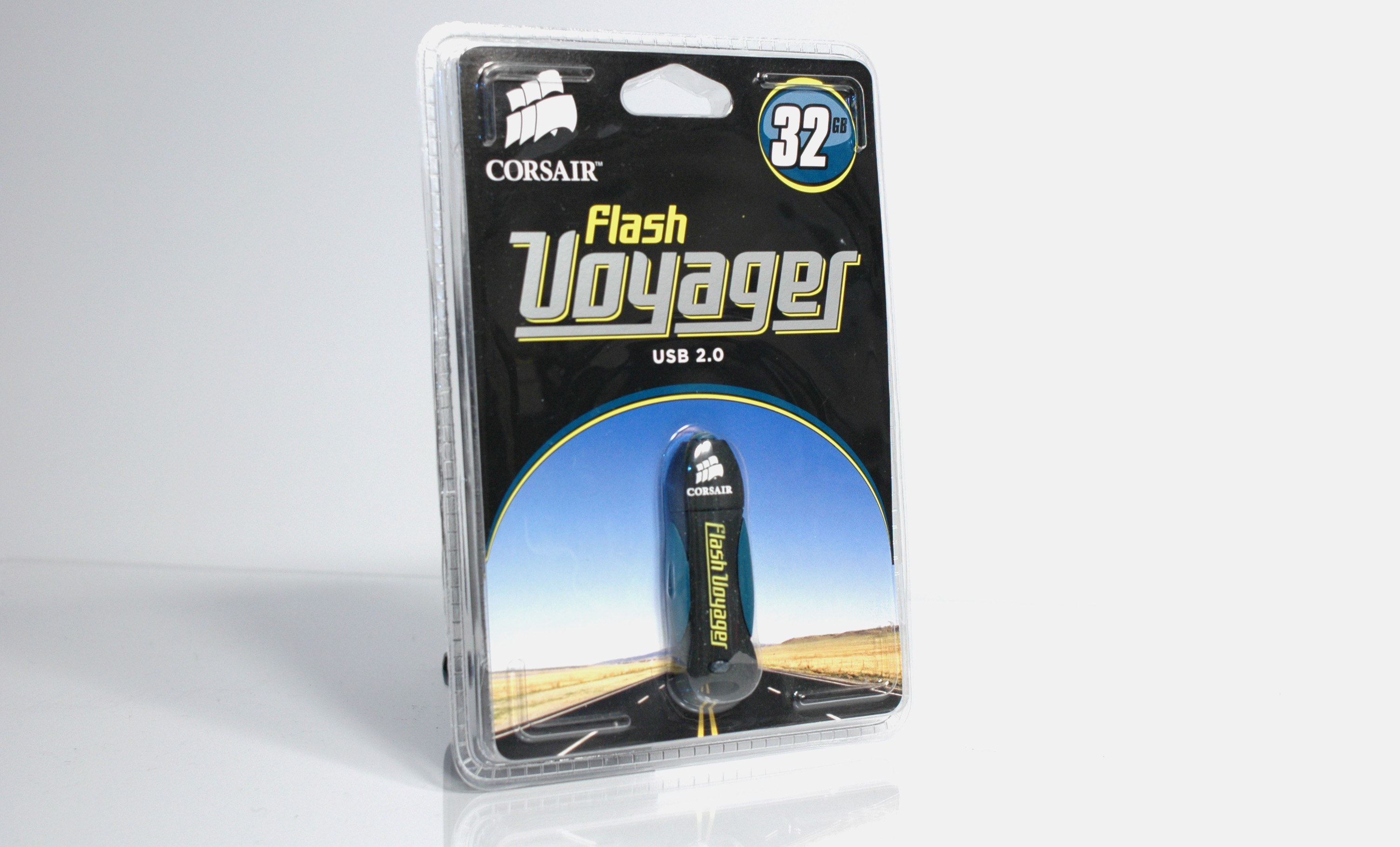 The packaging of the product has not changed any over the last couple years. 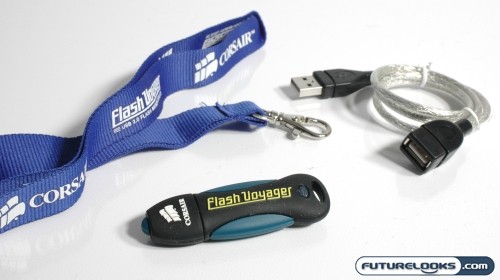 The 32 GB Flash Voyager comes with the exact same stuff as the ones we reviewed in 2007. The USB extension cable, and the cheesy looking lanyard are still standard issue.

Real-Time Price and Stock Check – Shop like a PRO!