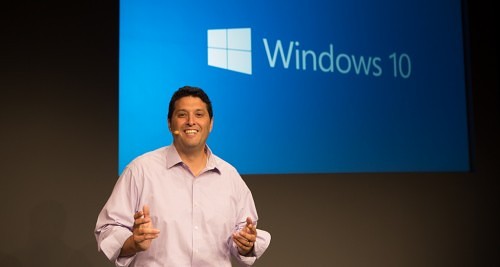 We previously discussed Five Things We Like (So Far) About Microsoft Windows 10 where we detailed the best features that make it a better desktop operating system. However, there are a few things that we didn’t like as much. Basically, these are things that take away from the desktop experience due to the high level of customization we’ve become accustomed to on devices such as our smartphones and tablets, in their respective operating systems.

So without further delay, here are five things we didn’t like about Windows 10!

You Can’t Customize the Live Tiles

The Live Tiles are part of Microsoft’s image from consoles to operating systems and they won’t be changed any time soon. While I don’t mind the design, I don’t like that these tiles aren’t truly customizable. The sizes you see above are fixed and are your only choices which is just fine for aesthetic purposes. However, they can’t easily be renamed nor can you customize the icon. Since we often have many email accounts and other apps, it would be great to be able to right click, rename the tiles and change their avatar or icon accordingly with something more easily identifiable.

Within a couple days of use, this installation showed some Tray Icon error and got me to thinking about how many missing “hooks” and “empty files” will remain within the registry after some months of use. All of which leads to a degradation in performance. Microsoft doesn’t really have an intuitive all-in-one utility that they bundle as part of their OS to help repair registry errors correctly or clean up the system. Instead, consumers will still unknowingly end up using some spyware or malware-infested free program that promises to “speed up your PC.”

While consumers should back up locally, on the cloud, or create recovery discs, many don’t have the means or technical know how. Offering a truly beneficial all-in-one “Windows Fix” program instead of a “Recovery Disc” or “Roll Back” would really add some value to Microsoft Windows 10.

Traditionally, the only way desktop users can see what’s in a folder labeled Music is to open it. Only folders like File Explorer or Sticky Notes have a form of folder preview that has a small arrow on the bottom right that needs clicking. This just doesn’t seem very innovative at all for an operating system. Is there any reason why desktop users can’t get an automatic folder preview of every folder whether in the Start Menu or desktop?

A simple feature like that would pair amazingly with the Task View feature that allows users to create multiple project screens. We wouldn’t have to keep opening and closing folders to find what we need. All that talk of productivity would have a dynamic duo to back it up, not to mention, make this a true “Windows” operating system. 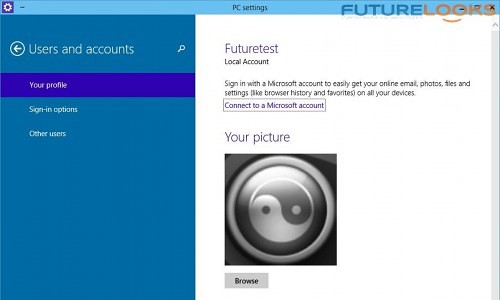 One of the things I don’t care for is the mandatory Microsoft (Hotmail/Outlook) account login that is created on your computer. A login request shows up every time you want to use something that is online or connected with the Store. Yet it doesn’t tell you it’s creating a new account on your computer. Entering the information once got the machine to log in with my Microsoft account name from then on and not my local account. Everything begins automatically backing up on the cloud and it syncs other computers, which can be a security risk if you don’t have eyes on those systems daily.

Granted, you can switch back to the local account, but there isn’t an easy “Switch Accounts” button, and the manual PC Settings > User Account method doesn’t seem to be working properly yet. It’s also unclear if this is for existing or upcoming security measures. At the same time, having your MS account exposed isn’t wise either. Ultimately, users should have the easy option of choosing the local or Microsoft account, logging in manually, and/or avoid creating the extra account on the PC altogether.

OneDrive Cloud Security Is a Cause for Concern 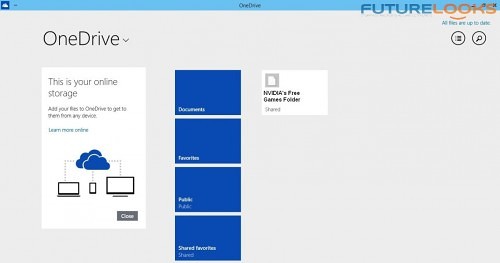 Backup is a good thing. However, online backup has its risks, especially if it’s cloud-based. (Think back to Apple’s recent hack where some risque celebrity photos were compromised.) You’re basically putting all your content you deem worthy online rather than locally, in the event your computer breaks down. That data could be in one database location, or spread across several. Good passwords and encryption are extremely important.

If you’ve set up OneDrive by default, every time you connect to your Microsoft account, a lot of your data will be automatically backed up on OneDrive. Again, it can be handy for back up or syncing other computers. However, it still puts the content at risk because hackers tend to look for high profile sites to attack.

It’s possible the new security features we covered in our “5 Likes” article may have something to do with improving cloud security. There isn’t any more detailed information at this time. Hopefully, some form of dynamic encryption is implemented with OneDrive and Microsoft Accounts as a start.

The Windows 10 Technical Preview suffers from flaws that lessen the experience. It’s been proven time and time again that functionality and simplicity are key attributes that make something innovative in the hands of consumers. With features lacking real customization, such as the brick and mortar locked Live Tiles, the need for a Windows diagnostic performance utility, no automatic folder preview, confusing local and Microsoft account login, and automatic cloud backup without full user management, Microsoft risks losing some ground with consumers.

Additionally, the inability to easily switch local and Microsoft accounts and cloud storage create some security concerns, which risks losing corporate consumers, or customers wanting to be “unplugged”. We hope that they take these concerns to heart, and at the same time, include better DirectX performance, which we have yet to experience, even though they say, DirectX 12, will ship with the OS.

We’ve told you what we think thus far. The more important question is what do you think? Do you agree or disagree with our findings or suggestions? Do you have ideas that would make Windows 10 even better? Microsoft is noting any useful suggestions and feature ideas that will be considered during the preview period. If you have ideas (and we know you do), now is the time to be heard.