Anyone who has been following my video game interests will know that I’ve always enjoyed playing fighting games like Street Fighter. That’s why it should come as very little surprise that when the Futurelooks team decided to hit up E3 Expo 2009 in Los Angeles, I quickly volunteered to cover the coolest fighting games being demoed on the floor. Here are a few titles that caught my eye.

Originally released as an exclusive in Japan late last year, Tatsunoko vs. Capcom will indeed be coming to the United States later this year. More specifically, the Capcom rep that I asked said that the Wii-bound fighting game should start shipping some time in the winter.

On the surface, the gameplay of Tatsunoko vs. Capcom will look very much like the experience that you would get with the Marvel vs. Capcom fighting game series that you already know. You pick two characters, mixing and matching characters from Tatsunoko and Capcom properties, and then you can “tag” between them during the match. You will see the usual “red” damage on your health meter and this will regenerate on the character not currently being used in the session. 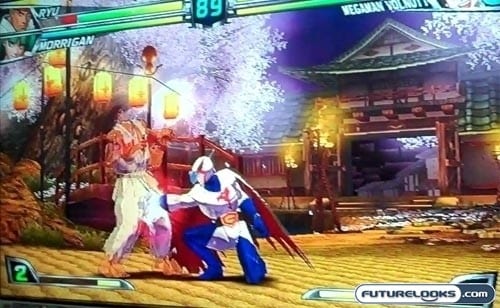 Some of you may be familiar with some of the Tatsunoko characters, like Ken the Eagle from Science Ninja Team Gatchaman, but I’m thinking that the majority of North American players won’t know who these guys are. I know that I don’t. It’ll be interesting to see how the American audience responds to this game.

In terms of controls, however, you can almost say that Tatsunoko vs. Capcom is Street Fighter for dummies. Rather than the usual six-button layout with three punches and three kicks, you only get three attack buttons: light, medium, and hard. It does not differentiate between a punch and a kick. A fourth button is used for tagging your partner.

At the very least, this indicates that Capcom has some interest in bringing more fighting games to the Nintendo Wii (and in North America). We probably won’t get a smaller version of Street Fighter IV any time soon, but maybe they’ll work on another versus game for the Wii fighting fans out there. 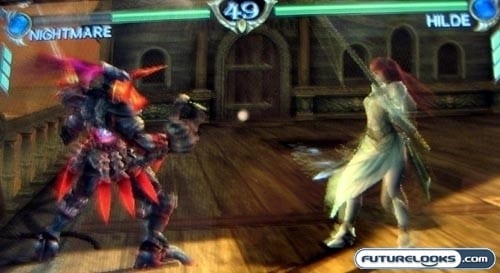 The portable market wants some fighting games too. Even now, one of my favorite games on the Sony PSP is Tekken 5: Dark Resurrection. Well, Namco has brought its other fighting game franchise over to the PSP as well in the form of Soul Calibur: Broken Destiny. The gameplay remains largely unchanged from other Soul Calibur games, except you’ll be playing it on Sony’s handheld. You still get to wield a wide range of weapons and many of your favorite characters, like Mitsurugi and Cassandra, are back in action.

With the demo game on display at E3 Expo, we were only able to choose from about eight characters, but Namco has indicated that there should be at least 20 (if not more) characters in the final build. As is the norm with Soul Calibur games, they’ve also enlisted the services of a cameo brawler. 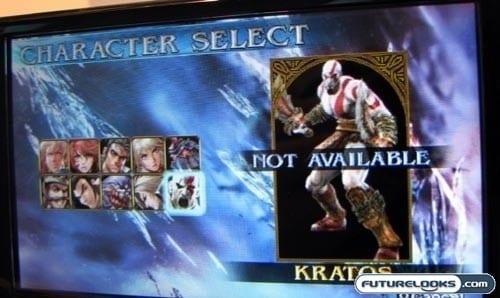 For Soul Calibur IV on the Xbox 360, we saw Yoda. On the PS3, we got Darth Vader. For Broken Destiny on the PSP, we get none other than Kratos from God of War. Sadly, he was not a selectable character in the demo, so I can’t say exactly how well or how poorly he plays.

No exact date has been set, but we should expect Soul Calibur: Broken Destiny exclusively on the PSP this summer.