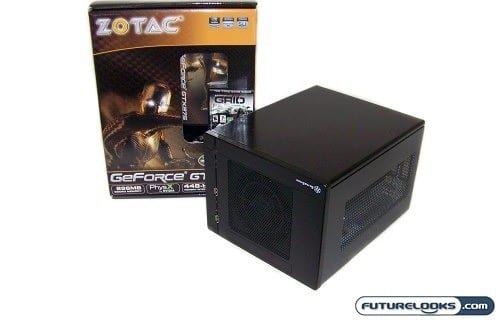 Bigger isn’t always better. This is especially true when it has to do with a computer that may need to be transported or might have to fit inconspicuously in an area with limited space. A few great examples of these situations would be a LAN Party system where having a powerful and easy to carry system would be beneficial. Another great example would be the need for a small system that occupies limited desk or counter top space. Applications for a Home Theater PC that needs to fit in a closet or rack out of sight also come to mind.

While Micro ATX systems have become more common in some instances, performance based m-ATX were few and still manage to weigh almost as much as their full sized brethren. The only thing left to do is make it even smaller. However, the lack of performance components available for such small form factor applications have only left enthusiasts wanting and waiting. That was until ZOTAC did their part by being the first to launch the 9300-ITX WiFi Motherboard which full CPU, memory, and video card expansion found in regular m-ATX and ATX computers. This means that power and portability were here. The question is, what do we build it in?

Silverstone forsaw this new evolution coming and got to work with their engineers to create something worthy of such innovative computing. They recently released the SG05 Enclosure for Mini-DTX and Mini-ITX systems. Check this gallon sized unit out. 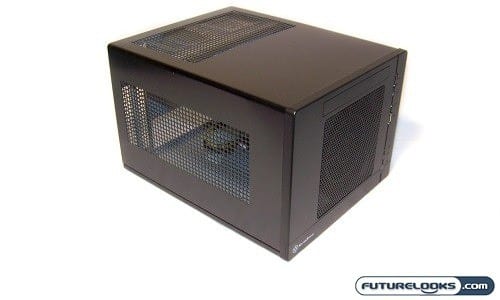 The chassis includes many of the basics found in standard ATX cases. What you get is a compact, light weight case offering plenty of ventilation. Despite its size, there’s plenty of room inside for expansion and configuring your system as you see fit.

The SG05 is fully featured with the following list of standard equipment:

All of these features make it possible to build a capable system using a board like the ZOTAC 9300-ITX board. Since the board also features a PCI-E expansion slot for a performance graphics card, we’ll definitely be putting the SG05’s support of 9 inch long PCI-E cards to the test. In fact, all these cards should potentially work:

Other features that make this box capable of supporting a performance system include support for Retail CPU Coolers which will allow some headroom in the type of CPUs we choose to use. Silverstone also includes an 80PLUS rated FSP Group 300 Watt Power Supply to feed your components. All of this can be had for around $100 or less which is pretty amazing in itself. Small case, small price I guess? 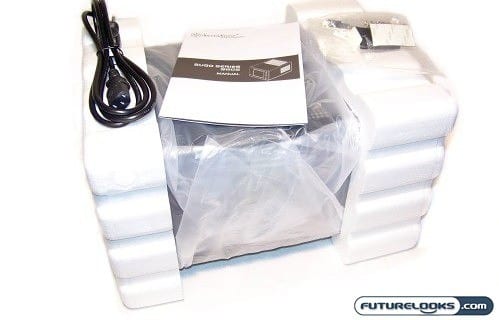 The Silverstone SG05 arrived in a surprsingly small brown product box. If it weren’t for the picture on the box, it might have passed for CPU cooler given its weight. Inside the box was a well packed case along with power cord, extra screws, extra motherboard standoffs, manual, and extras for managing wires. There’s at least double of everything for getting your system built.