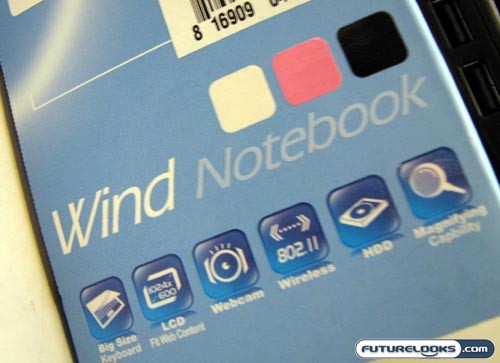 When the Asus Eee PC was first unleashed into the world last year, people fell in love with the form factor. They liked the idea of having a notebook PC that was so much smaller than even the most compact of laptops at the time. Sure, you could have invested in a powerful smartphone or some form of UMPC, but none of these offered the familiar experience of a regular notebook. The Eee PC, with its seven-inch display and rather anemic spec sheet, was a bargain machine and it was supposed to supplement your main computer.

At COMPUTEX Taipei 2008, we got flooded with a wide assortment of Eee PC competitors. The two things that most of these units had in common was the fact that they had displays larger than seven-inches and most were powered by the new Intel Atom processor. On paper, one of the most appealing offerings was the MSI Wind. Although it has gone through its fair share of delays, the MSI Wind is now available for mass market consumption and we had the chance to take a review unit out for an extended test drive. 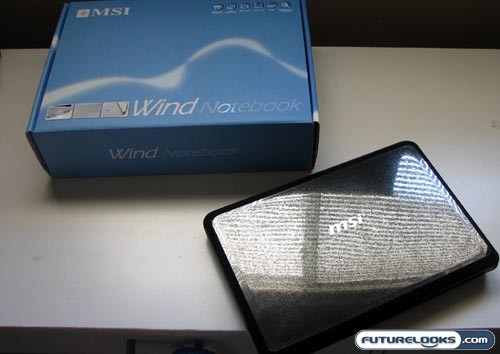 The MSI Wind comes with an impressive laundry list of features for such a tiny machine. They include:

If it wasn’t for the smaller form factor and the Atom processor, you’d swear that the the MSI Wind was a “real” laptop. All your connectivity needs are covered, with the exception of 3G cellular data.

What’s in The Box? 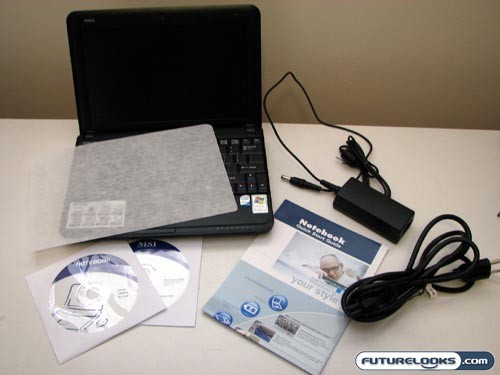 Inside the box, you get the MSI Wind itself, along with a Quick Start guide, installation CDs, and the power adapter and cable. The review version came with a padded protective case, though I’m not sure if the retail version would include this. It was also the wrong color as the case was white and our review unit was black. The case is similar to the Zero-Shock style cases that you may find with other notebooks.