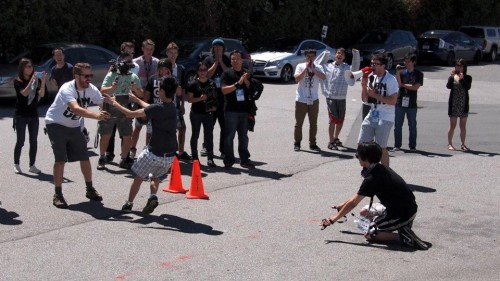 Although LANcouver 2013 ended only 10 days ago, the videos and photos from this EPIC gaming event presented by NCIX are still being posted up around the web. One of the things, or rather, two of the things that LANcouver is known for are the rather unique physical challenges which includes a painful wall sit competition and the the more “freestyle” keyboard toss, chuck, huck…you throw a keyboard as far as you can in a fit of rage!

Both events returned this year with some really great support from two of LANcouver’s sponsors: ASUS and InWin. 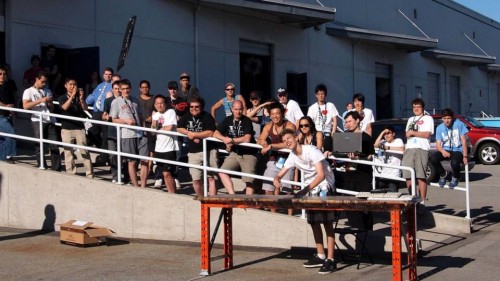 In this classic LANcouver competition, competitors were asked to channel their rage and throw a keyboard as far as they could. Sponsored by InWin, competitors were tempted with the opportunity to win one of their Commander 1200 Watt power supplies.

Obviously, there was a lot of rage to be expelled, so I would suggest turning down the speakers, as some of the language may not be suitable for younger viewers, or workplace situations.

Here’s how it went down…

If you’re having problems viewing the video above, you can view it right here on our YouTube Channel.

This year’s event was a little more chaotic as rules were slackened to allow participants to throw the keyboard length wise. This also introduced some pretty unpredictable results as keyboard flew both left, and right, instead of straight down the middle. And what a heart breaker at the end!

Compared to last year’s event, there seemed to be a lot more carnage and distances were significantly improved, thanks to the relaxation of the requirement to throw the keyboard while grasping the left and right hand sides, while keeping both feet planted.

Brief conversations have been initiated about creating an “open class” that allow participants to modify their keyboards to achieve even greater distances, maybe even better accuracy (or not). 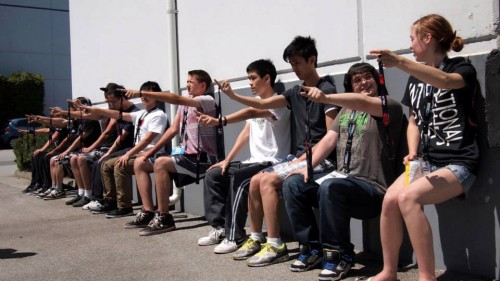 The signature event of LANcouver in recent years has become the wall sit. Futurelooks brought the first wall sit to LANcouver back in 2011 and the tradition continues as ASUS steps up to the plate to sponsor this year’s event.

Prizes were significantly beefed up as not only was the first place winner treated to an excellent ASUS Z87 Sabertooth TUF motherboard, but second and third place also received amazing prizes from some of LANcouver’s other sponsors including ADATA Technology, NVIDIA and InWin.

The pain and suffering continues this year in the video below…

If you’re having problems viewing the video above you can catch it right here on our YouTube Channel.

To increase the amount of pain and suffering, this year’s event was even more strict and more painful. With the help of Futurelooks’ own Senior Hardware Editor, Eric Garay, no one was let off the hook for breaking the rules. We also accelerated the difficulty level every few minutes as you saw in the video. Those that were too weak, were given an easy out with various bribes along the way.

With events that test mental and physical strength as well as skill, LANcouver 2013 was one of the most physically challenging LANs in North America.

For more great videos from LANcouver 2013, you can check out our playlist on YouTube.