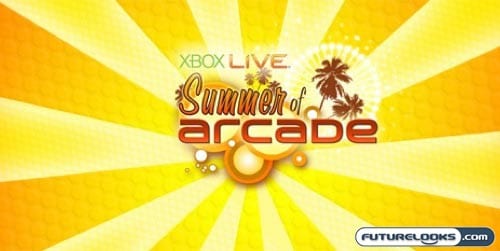 When the Futurelooks team was over in Los Angeles for the E3 Expo in June, we had the opportunity to hang out with the good people at Microsoft to see what they had in store for the weeks and months to come. We explored everything from Twitter integration to Project Natal, but neither of those have hit the masses yet. What we have been able to enjoy, however, is the Xbox Live Arcade Summer of Arcade.

This marked the second consecutive summer where Microsoft teamed up with other game developers and publishers to load the Xbox Live Arcade with a series of stellar titles. Yeah, you could go outside and play, but why would you do that when you have these games to enjoy? Let’s have a look back at the summer that was.

Some games are better left untouched. Marvel vs. Capcom 2 could have used a cosmetic upgrade, but I’m glad that the gameplay is the same. Unfortunately, the reverse seems to be true for the Teenage Mutant Ninja Turtles. Reshelled is an HD-upgraded version of the original Turtles in Time arcade game, taking our reptilian warriors on a battle through the ages. 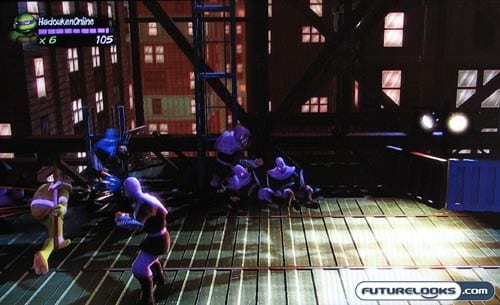 I have to admit that I really enjoyed the side-scrolling beat-em-up genre back in the 80s and 90s, but the gameplay feels very shallow by today’s standards. You go around, mash on the attack button, face off against some boss characters, and save the day while avoiding the risk of getting shell-shocked.

The updated graphics may please your eyes, but I can’t see myself playing this more than once or twice, even with online support. For better beat-em-up action, I’d rather play Castle Crashers. TMNT sells for 1200 points.

What do you get when you take Excitebike, remove the other racers, toss in some beautiful HD graphics, and plunge your biker into an explosive industrial environment? It’s the question that no one asked, but it’s the one that gets answered with Trials HD. 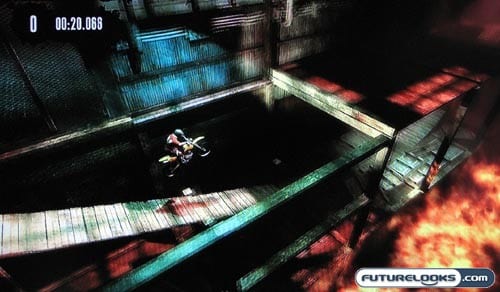 For this game, you go through a series of time trials on different motorbikes, transversing across a 2D course while avoiding face plants and skull crushes. Both while in midair and on the ground, you can adjust the “lean” of your biker using the left analog stick. You need to plant your landings without smushing your body across the industrial pavement.

The physics engine is fun and the courses can get quite challenging. Trials HD is one of the more original games that I have played in a while, but it lacks the thrills I normally associate with motorcycles (or two wheeled travel). Trials HD sells for 1200 MS Points.

Having played Street Fighter IV for several months, I was ready for my next fighting game challenge. This isn’t exactly a new game, since the original game hit arcades at the turn of the millennium, but many have said that Marvel vs. Capcom 2 is one of the best fighting games of all time. 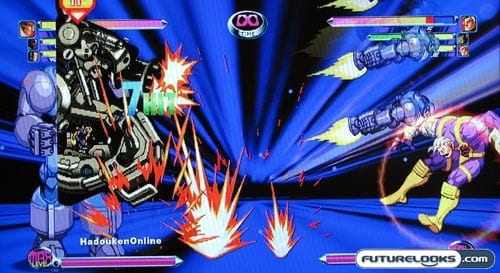 Unlike the HD Remix that we got with Super Street Fighter II Turbo, MvC2 doesn’t get any of the HD treatment whatsoever. Instead, it’s almost a direct port of the version that sold on the Sega Dreamcast, if only stretched to fit 16:9 widescreen TVs. They’ve masked this stretch reasonably well, but you still get some strange effects like Jin’s super move depicted above.

It may have started with X-Men vs. Street Fighter, but MvC 2 is so much bigger with three-on-three combat, multiple assist types, and combined supers. If you’re in the mood for some ridiculously fast and furious fighting (with full support for online play), this is the game for you. And you get access to all 56 characters right from the get-go. It sells for 1200 MS Points.