How to Save Your Failed Band Members 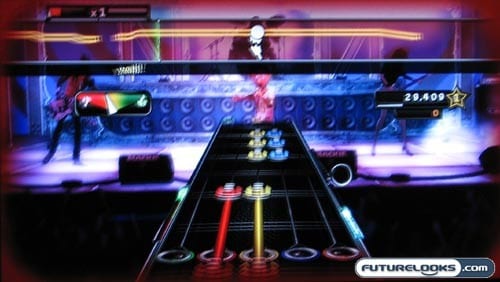 In all the earlier Guitar Hero and Rock Band games, the way that you would go about saving a fellow band member who has failed out of a song is to activate Star Power (or Overdrive, as the case may be). That’s no longer the case for Guitar Hero 5.

Party Play for the Win 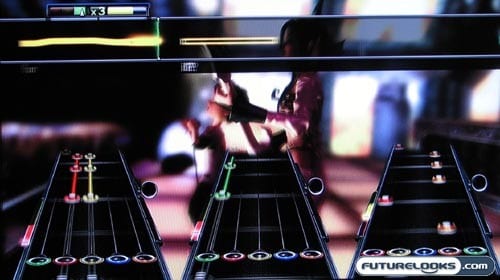 Even though you could certainly play Guitar Hero 5 alone in the comfort of your home, I think we’d all agree that the biggest appeal for the whole rhythm game genre these days is the ability to play with your friends. These make for fantastic party games, especially since everyone likes some good music at a party.

The problem is that some people are going to suck and some people won’t want to play a whole song. Further still, it can be a pain to back out of the menu to add or remove players. The Party Mode in Guitar Hero 5 totally overcomes all of these obstacles. 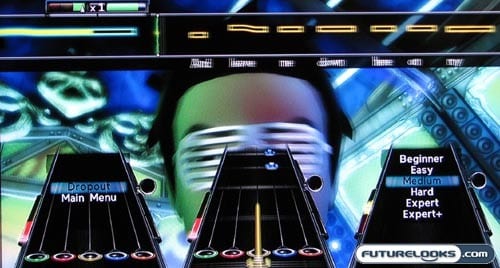 Accessible directly from the title screen (you don’t even need to enter any menu), Party Play lets players drop in and drop out on the fly. This can be in the middle of a song and they can change the difficulty as needed. Party Play is always on “No Fail” mode and the system will continue to choose random songs to keep the music going.

Of course, you can choose your own songs or develop your own playlists by pausing the game and going into the track listing. I think this will be the mode that gets the most play out of the majority of Guitar Hero gamers, particularly when the holiday season rolls around the corner.

You still accumulate points and it’ll still track your percentage, but since there is “no fail” and the ability to drop in/out at will, everyone can have a good time without feeling the pressure of letting down the rest of the band members. It really is great for parties and the implementation is great. 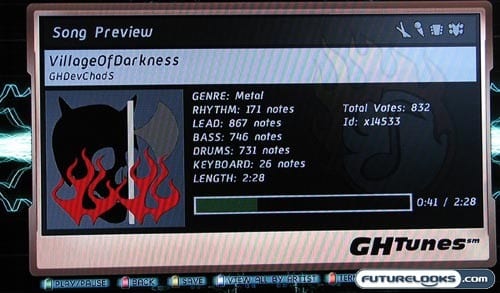 Although these three modes are included in the game and they’re meant to enhance the user experience, I don’t think too many people are going to making very much use of these at all.

With GHTunes, you can download the songs that other players have created. With GHJam, you can play along to some songs (I don’t see how this is different from Quickplay). With GHMix, you can create your own tunes. Since the art of making a good song is so tough, I’d rather leave that up to the experts.