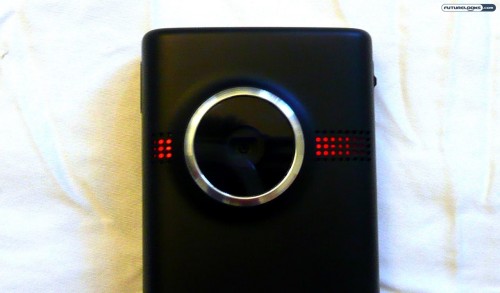 Recording high-definition video doesn’t need to be an intimidating experience and that’s precisely the philosophy that we find behind the Flip line of pocket camcorders. It started out with Pure Digital, which was then acquired by Cisco Systems, and now we find a new generation of video recording fun.

In addition to an upgraded Flip UltraHD, we also find an updated Flip MinoHD pocket camcorder in time for the 2010 holiday shopping season. The naming of the model gets a little confusing, because it’s still the Flip MinoHD, but it should not be confused with its predecessors of the same name. 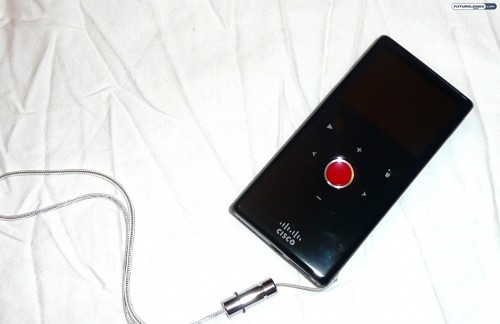 The new Flip MinoHD, as before, is available in two different capacities. The model being reviewed here is the 8GB or “two hour” version and it comes wrapped up in a slick black paint job. There is also a 4GB or “one hour” model with many of the same features and specs.

You’re not going to get a quantum leap forward with this newest generation of Flip camcorders. While some competitors have made the jump to 1080i or even 1080p HD video, the Flip MinoHD is still doing 720p HD video. This is usually good enough for most consumers, but it’s a bit of a shame that Cisco/Flip didn’t make the jump.

However, what Cisco did do is improve upon the video quality by adding 60 frames per second (fps) recording and a new image stabilization that should decrease the number of shakey videos making it onto YouTube. We’ll get more into how well this new feature works in a little bit.

As before, you get a flip-out USB connector, touch-sensitive controls, a big red “record” button, and a relatively simplified interface that’s friendly to even the most tech-apprehensive folks in the crowd. 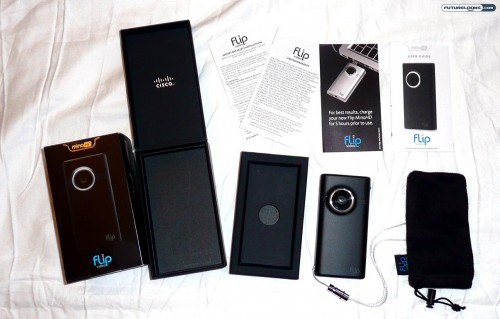 There are no real surprises when opening up the box for the 2010 iteration of the Flip MinoHD. It has remained largely unchanged from the older Flip cameras, aside from a couple aesthetic alterations.

Inside the box is another box with a nice soft finish to it. Flipping open that box, we discover the Flip MinoHD itself. Removing this panel, we find the supporting documentation, a wrist-strap, and a protective carrying pouch that doubles as a cleaning cloth.

There is no wall charger. There is no USB extension cable. Even though there’s a mini-HDMI port in the base of the MinoHD, there’s no HDMI cable included either. These are all optional accessories. Even so, there’s enough in the box to get you started.

So, has there been any major change in the audio and video departments? While this is largely subjective (as well as being subject to so many environmental factors), I didn’t find too much to suggest that the 2010 Flip MinoHD is a vast improvement over the model that it replaces. 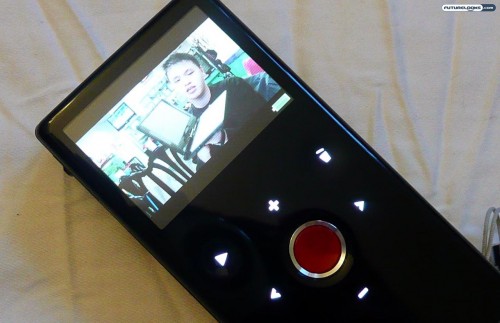 And this isn’t necessarily a bad thing. While the interface on the Flip pocket camcorders is decidedly simple, there is a lot of “automatic” stuff happening in the background. They’re adjusting ISO, white balance, and other settings to provide the best possible video. And it works quite well. Contrast this to the poor white balance and too-narrow angle lens of the Samsung HMX-U10, for instance. I did find that the microphone is quite directional; you have to be “looking” at your subject to pick up the sound the best.