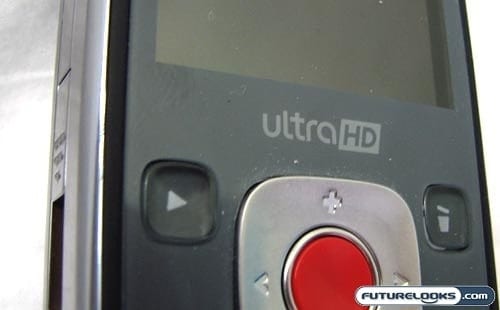 When the first Flip hit the scene, people appreciated its simplicity and ease of use. They followed up with the Flip Mino, and people seemed to really like the smaller form factor. And then they released the Flip MinoHD, bringing 720p high-definition video to the mix while maintaing the small form factor everyone seemed to love. The newest pocket camcorder to join the crowd is the Flip UltraHD, a pocket camcorder that carries the same dimensions as the original but boasts HD video recording capabilities.

Why, you may ask, would anyone consider the bulkier Flip UltraHD over the already available Flip MinoHD? Over the course of this review, you’ll discover some of the more notable differences between the two pocket cams and why the UltraHD just might be the better option. For starters, it lets you record twice as much video, bumping the capacity up to 120 minutes of HD goodness. 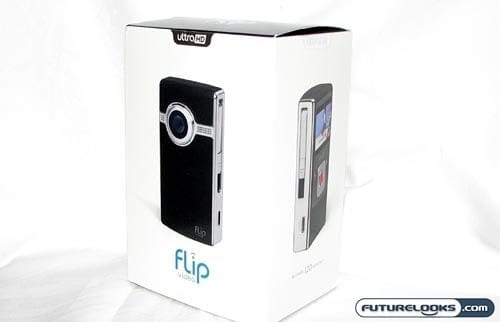 As mentioned earlier, the Flip UltraHD allows people to record more video than its predecessors. In fact, nearly double the amount (up to 120 minutes vs 60 minutes) with its 8GB of built in memory. Most importantly, it does it in 720p HD.

Here’s a run down of all the other specifications:

One of the biggest changes previous HD Flip, the MinoHD,  is the fact that this device actually provides users with a way to display their videos in HD. While the MinoHD came with a composite video cable, the Ultra HD gives us HDMI which actually allows us to see the HD goodness on our TVs.

What’s Included (and What’s Not)?

The single biggest reason why the original Flip Ultra pocket camcorder was so popular in the first place was that it was remarkably simple yet complete in its design. It won’t compete against the higher-end camcorders on the market, but the Flip was the perfect solution for the YouTube generation. Everything you needed was in the box and you should start shooting right away. Pure Digital, makers of the Flip, continued with this sentiment with the release of the Flip UltraHD. 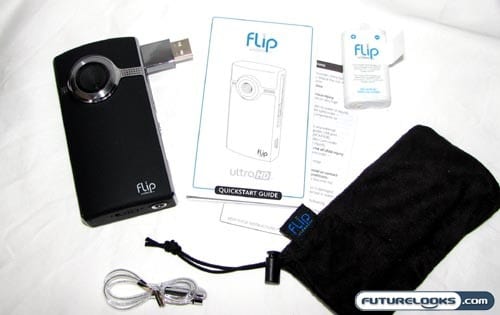 Inside the stylish box, you get the Flip AA rechargeable battery pack, the QuickStart guide, a soft carrying case, a wrist strap, and the Flip UltraHD itself. This sounds like a pretty comprehensive package, since the camcorder comes with 8GB of internal memory too. However, there is one very notable accessory that is missing from the pack.

The Flip UltraHD is the first in the series to offer an integrated HDMI port for high-definition TV output. Unfortunately, the HDMI cable is not included. To make matters worse, the Flip UltraHD uses the less prevalent mini-HDMI standard, so the regular HDMI cable (from your Xbox 360, for example) won’t do either.