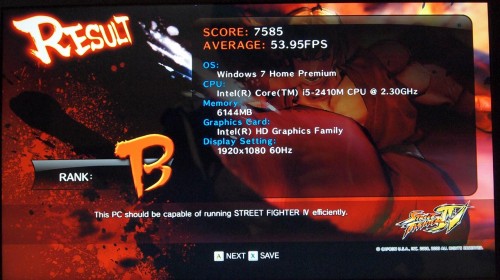 Granted that this is not meant to be a gaming laptop, but even svelte media moguls want to play from time to time. We put the XPS 15z through the Street Fighter IV benchmark using virtually the highest settings. This included a 1920×1080 resolution, high model quality, high background quality, highest soft shadow, high self shadow, high motion blur, high particles, and no extra touch.

Even with those higher settings, the machine was able to pull out an average of 53.95 fps for a rank of B. Only a few minor tweaks got it up to a ranking of A; for instance, dialing it down to a 720p resolution instantly shot the frame rate past 60. This is perfectly ample for most gaming experiences.

My previous battery test wasn’t the most scientific method in the world. I’d let the laptop completely boot into Windows, leave the Wi-Fi on (but dormant), and set the brightness and volume to 70% and 50% respectively as a 720p video played at full screen in Windows Media Player. Based on this configuration, the XPS 15z standard battery lasted two hours and fifteen minutes before the notebook put itself to sleep. 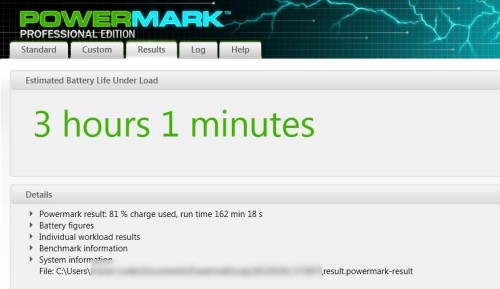 With this review, we decided to try a new battery benchmark called PowerMark Professional Edition. There are multiple scenarios available in this benchmark, so I opted for the balanced test. This “uses an even split between the web browsing, word processing, video and gaming workloads. Under that environment, the benchmark yielded an estimated battery life of 3:01. That makes sense, as this is a lighter load than a constant full-screen 720p video.

In either case, getting no better than about three hours isn’t exactly ideal. This is even with NVIDIA’s Optimus technology at play. While that is enough time to get some work done over an extended lunch break, you will likely want to reach for a wall outlet if you plan on settling down for a little longer than that.

Abuse and Daily Use

To truly test how the XPS 15z would stand up in a real world environment, I used it as my primary computer for several weeks. This included taking it out to coffee shops, lugging it around the house, taking it with me on flights, and so on. I took the same level of care as I would if the notebook were my own, but this gave me a good feeling of how tough and reliable it could be.

I can safely attest that the build held up just fine. The performance, which I’ll describe in further detail in a moment, was perfectly adequate for a mobile workstation. From editing high-definition video to a little bit of casual gaming on the side, the XPS did everything it needed to do. 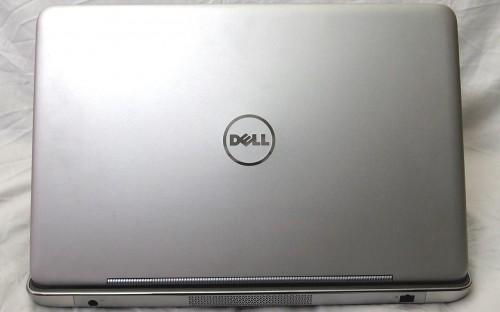 Unlike the usual glossy plastic that you get with the lids on most consumer notebooks, the aluminum here was reasonably rugged and was able to stand up to abuse. There were some minor scuffs and such, likely from bouncing around in my backpack, but clean finish was able to survive without too much trouble.

Like the Inspiron 14z, the XPS 15z is also pre-loaded with the Dell Stage software. Once again, this is meant to give you a big graphical way to gain access to your media and games, but I found it to be mostly useless for my purposes. 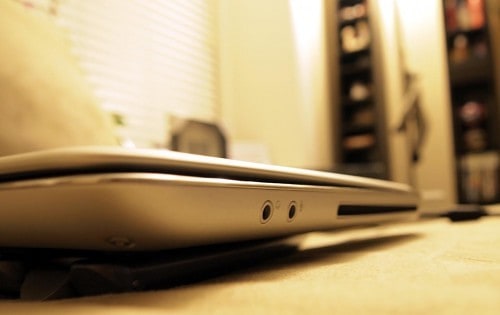 How can we sum up? It’s obvious to anyone that the the Dell XPS 15z is being positioned as an Apple alternative. The higher end performance coupled with the aluminum design make that message loud and clear. Does it succeed?

Yes and no. People who want to have a Mac and Mac OS X will still turn to an Apple MacBook of some form, but products like the XPS 15z demonstrate that the Windows PC folks in the audience have stylish choices too. The overall performance is definitely several steps up from the usual budget notebook and the build quality is there to match too. Battery life could certainly be a lot better, though, and the trackpad does feel comparatively cheap for what should be a premium (or premium-like) product.

I probably wouldn’t recommend an XPS 15z at the higher end of its SKU family, but one right around the $1,000 price point seems to offer a reasonably good value.