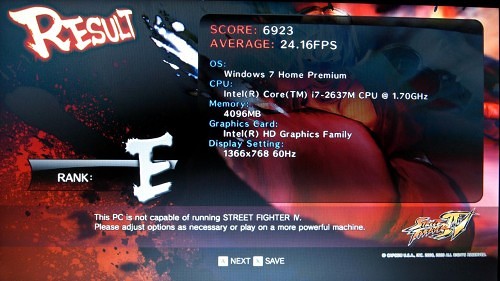 I initially left the SFIV benchmark at its default settings, aside from turning on the full screen. The default settings included a resolution of 1366×768, a refresh rate of 60, parallel rendering, default texture filter, high model quality, high background quality, low soft shadow, low self shadow, low motion blur, mid particles and no extra touch. With these settings, the XPS achieved an abysmal score of 6923 and an average of 24.16fps. That gets an “E” rank.

So, I tried turning down the settings significantly by turning all the qualities to low or off, where available, while retaining the same resolution. That still got a “D” rank with a score of 10240 and an average of 30.91fps. That’s still not good enough.

Taking things to an absolute extreme, I left the qualities to low or off and dialed down the resolution to a nearly prehistoric 640 x 480 (VGA). Remember that the quality settings are such that the characters have very little detail and the background is essentially a wireframe. It was only under these far from desirable settings that I got an “A” rank with an average 58.82fps. No one wants to play Street Fighter under those conditions. 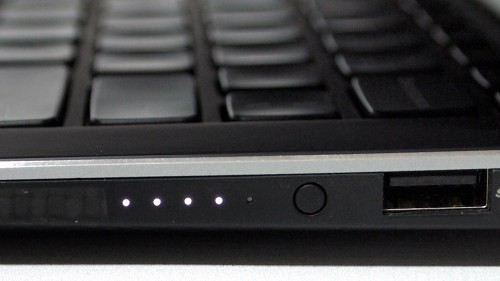 An ultrabook, given the lower draw processor and the inclusion of an SSD, should have a fairly impressive battery life. It’s meant to be a mobile workstation that doesn’t need to be constantly bound to a wall outlet.

To test the battery life, we used PowerMark Professional Edition. This benchmark allows for multiple scenarios to simulate real-world use. I opted for the “balanced test,” which “uses an even split between the web browsing, word processing, video and gaming workloads.” It opens browsers, it types documents and it otherwise mimics how a real person might use the notebook.

With these circumstances, PowerMark estimated a battery life under load of three hours and fifteen minutes. Remember that the MacBook Pro-like XPS15z got 3:01 in the same test. Given that, I’d say the battery life on the XPS 13 isn’t exactly up to snuff. It needs to last longer than that. 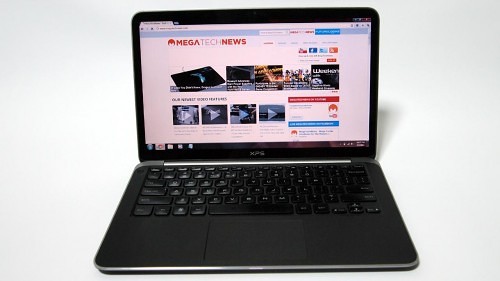 If you plan on doing any sort of moderate to heavy graphical lifting, the XPS 13 certainly isn’t for you. It’s not meant to be a powerhouse and it never will be, mostly because it is still relying on Intel HD graphics. That said, the Core i7 processor and 4GB of RAM, along with the SSD, make this a rather peppy machine for basic day-to-day use.

Getting to the Windows 7 login screen from a cold boot takes about 14 seconds, which is reasonably fast. There is the FastAccess facial recognition software too, but I found typing in my password was much faster. Getting into programs, streaming video, and doing other casual tasks were all reasonably speedy too. As mentioned, the keyboard and multi-touch trackpad are comfortable, even after extended sessions.

I do appreciate the lack of glossy surfaces (aside from the display), because it means that you’re not constantly wiping away greasy fingerprints. This is certainly an attractive piece. 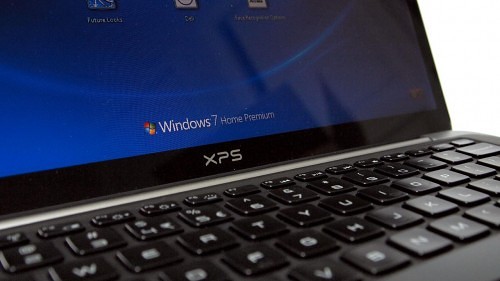 Many people still think of Dell as that company that can sell you a cheap, but reasonably reliable laptop. Our household had the trusty 12-inch 700m for a number of years and it was a great little notebook. The problem with older Dells is that, well, they weren’t exactly the prettiest things to look at.

The Dell XPS 13 is different. Yes, it borrows a lot of inspiration from the MacBook Air, but that’s not necessarily a bad thing. The aluminum finish looks great and the softer carbon fiber finish on the bottom is even better. You won’t want to use this for anything too intense, but daily operations are quite good. I just wish the battery life was better.

Moving forward, though, it’s hard to justify spending $1,500 on the XPS 13 as spec’d. For that amount of money, you can get a much faster and more powerful laptop, albeit one that will be noticeably larger and heavier. The $999 entry-level model may be more appropriate, but you may find the 128GB SSD to be on the small side.

At the same time, it’s hard to say how much longer people are going to be interested in ultrabooks at all. The upcoming family of Microsoft Surface tablets just seem more compelling. The Pro version will give you all the ultrabook goodness, but with the added benefit of a touchscreen and a more compact form factor. In any case, it’s a good time to be a consumer. It means we have greater choice and that’s always a good thing.