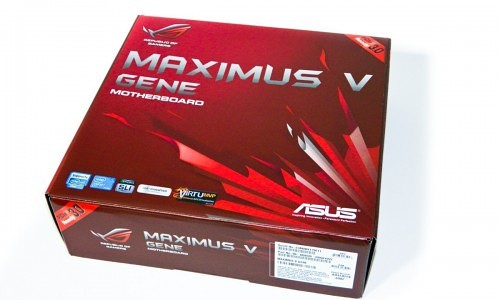 With the advancements in computer technology, it is now possible to build a high performance computer using any motherboard form factor from mini ITX all the way up to XL-ATX. The question is, why would anyone want to build a such a compact system with its inherent expansion limitations? The answer is not just one. For example, have you ever dragged a full sized computer system in to your favorite LAN, or simply wanted something with a manageable foot print to connect to home theatre? A smaller form factor is a benefit in both scenarios and the micro ATX or mATX form factor gives us the best mix of size and expansion.

The ASUS Maximus V Gene motherboard may be a micro ATX board in form factor, but is anything but micro. We found that there’s plenty more inside the crimson red box than meets they eye in our latest review. 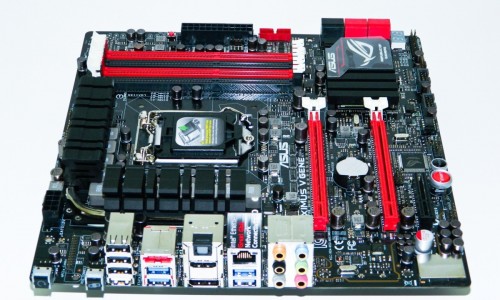 ASUS’ Republic of Gamers (ROG) Z77 series of boards comes in three flavors: the Extreme designed for maximum expansion, performance as well as the most extreme overclocking, the Formula best suited for an all round premium gaming experience, Formula-SupremeFX which couples a 300 ohm amplified external audio codec for exemplary audio, and the Gene designed to offer a LAN party size solution of the Formula by scaling back on some of the redundant, unneeded expansion except for NVIDIA SLI/AMD CrossFireX support.

The GENE offers features unique to it and the other ROG channel marketed P8Z77 boards. Let’s cover the big ones: 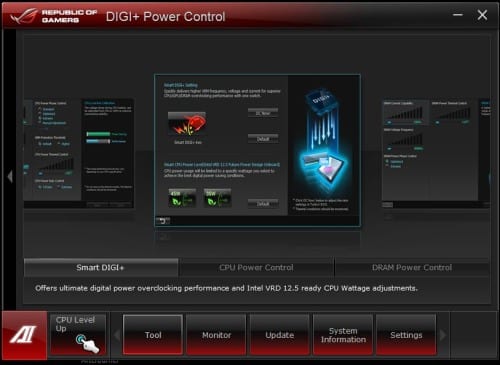 ASUS naturally bundles AI Suite II which is still the most comprehensive software offered by any motherboard manufacturer. It includes tools for system monitoring, power management, overclocking, Ai Charger+ (USB charging), USB 3.0 Boost for enhanced USB throughput, Disk Unlocker, and Fan Expert 2 which is built in to the AI Suite II package. The great thing about all this software is that it works well and has a purpose all located in one place rather than through several random programs. 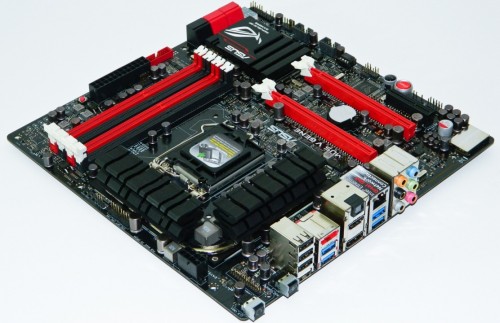 Naturally, the ROG red and black theme help identify this board. You won’t mistake the GENE or any other ROG board for another brand. Black anodized heat sinks with a heat pipe cool the vital power components around the CPU socket. Black Nichicon solid state capacitors can be seen everywhere.

All of the key SATA, power connectors, SATA III, USB 3.0, and fan headers are all located on the outer edge of the PCB save for one fan header above the top PCIe slot. Even the big red power and black reset buttons as well as the MemOK! buttons are sensibly located. The back IO ports are all color coded for easy interpretation.

The bottom left corner of the board has a peculiar orange outline that runs along between traces. Everything on the outside edge is part of the audio circuitry. The very corner houses the full featured Realtek audio processor. This is called “audio moat” and like the moat around a castle, it keeps things you don’t want in, out. In this case, that’s all the electrical noise that comes from the other components on the board. This is quite ingenious and is far more advanced than other solutions we’ve come across that simply use a piece of metal or a cover, to block the noise out.