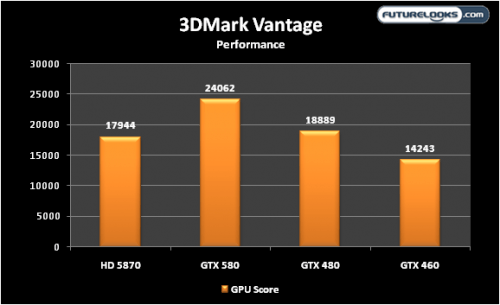 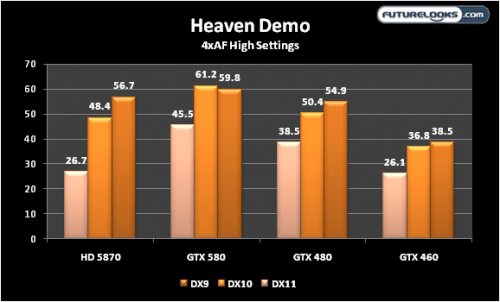 Heaven is one of my favorite benchmarks since it’s free and so easy to use. It gives us the option of testing all of the DirectX formats without needing any extra software. While DX9 and 10 don’t hamper performance too much, DX 11 Tessellation along with 4xAF really utilize the video cards’ resources. These are the fastest frame rates to date. And, even though it’s only about 4 frames faster than the GTX 480, it still is a testament to the improvements inside.

In my humble opinion, Batman still represents the pinnacle of the DirectX 9 standard. It features some of the most impressive graphics and fun game play. In fact, it also features a bit of PhysX, an Nvidia feature, which is really cool if you like getting immersed in to the ambient gaming environment. 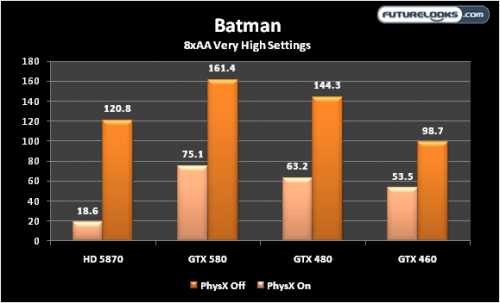 The first thing you’ll notice is that the GTX 580 simply flies with the GTX 480 not to far behind. Each NVidia card also makes use of NVidia’s well known PhysX built in to the game that the ATI cards simply don’t offer. That’s something to keep in mind if you like all the extra moving visuals in your game. 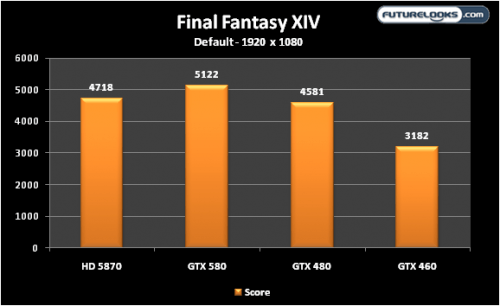 MMOs are big business and in this particular benchmark, the ZOTAC GTX 580, GTX 480, and ATI HD 5870 all help obtain a High Performance score. However, the GTX 580 naturally out paces the ATI card by a healthy 4,000 points. The ATI HD 5870 shows some of the hidden potential underneath beating the GTX 480. If you’d like to see where your system scores, check out the benchmark here.

Mafia II is another game title that features a rich PhysX environment. It’s been known to slow down some good performance graphics cards at higher resolutions. This means, we shouldn’t expect much from the ATI card. 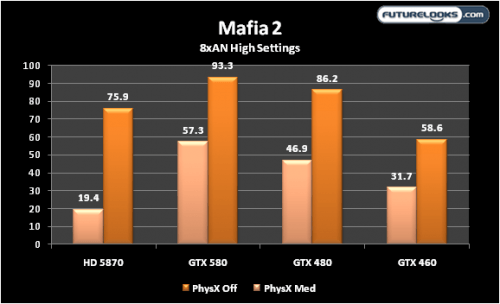 This game is also heavy PhysX favourite and the poor HD 5870 just creeps when enabled. Basically, any AMD GPU hits a wall at 19 frames per second. Even the newer HD 6800 series. The NVidia line does well even the GTX 460 with an 8xAN setting applied at the chosen 1920 x 1200 resolution. Of course, GTX 580 is well ahead.