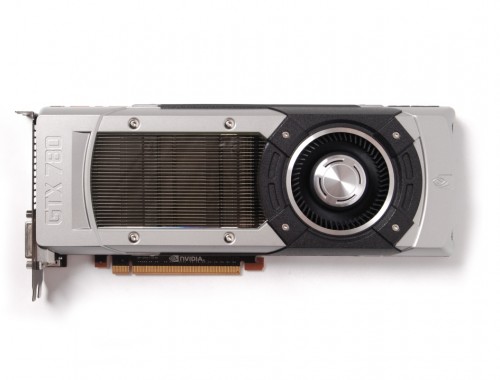 The next generation of graphics cards is no longer fast approaching; they hves already arrived. It originally seemed like Nvidia was going to be delaying the release of the GTX 700 series when they released the GTX Titan a short while ago. Instead of letting the Titan act as a place holder, Nvidia and their partners released the GeForce GTX 780 today. Recently, Futurelooks reviewed the GTX 780 and Senior Hardware Editor, Eric Garay, gave it his highest honor: An Editors’ Choice Award. On top of that, he dubbed it the “Affordable Titan” as $1000 is far too much for a GPU, especially for gaming.

The GTX 780 hits the streets at a much more reachable $649 USD. But of course, affordable is relative as that is still a lot of scratch for a video card for gaming these days. ZOTAC and ASUS are planning to pack as much value as possible into their offerings below… 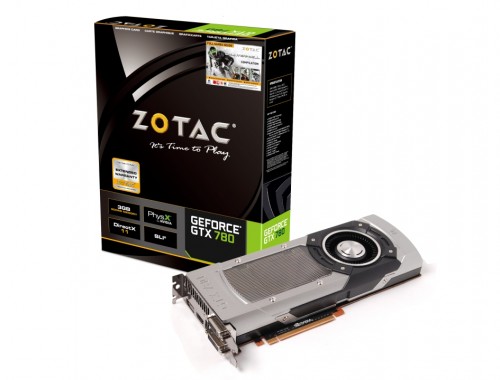 First up is our good friends at ZOTAC with their GeForce GTX 780, are promising a bit more than most. The 2,304 processor cores are clocked at 862 MHz (900 MHz boost) with 3GB of GDDR5 memory at a speed of 6008 MHz (effective). What sets ZOTAC apart is their Boost Premium Software bundle which includes XBMC, Uniengine Heaven Benchmark, and the latest three Splinter Cell games (Double Agent, Conviction, and Blacklist). 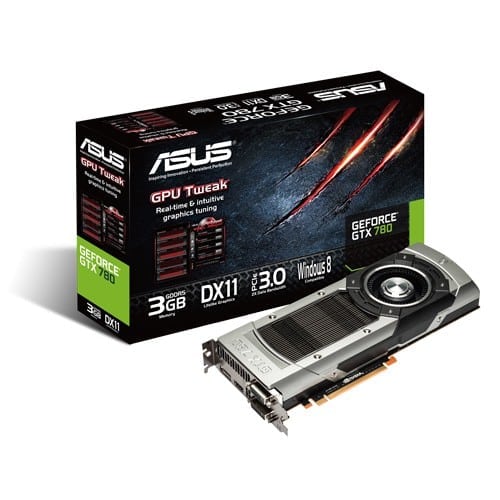 We also have ASUS bringing us the GeForce GTX 780 as well. It will sport a very minor performance improvement with a boost clock of 902 MHz. In addition to the card, you will also receive their ASUS GPU Tweak utility to get the most control over your overclocking settings. ASUS also promises to show a DirectCU II cooler for this monstrously power card at COMPUTEX in June. If you just can’t wait, these are available now at your favorite retailers for around the $649 US launch price.

NVIDIA GPU Boost 2.0 technology enhances the dynamic overclocking intelligence in the ZOTAC GeForce GTX 780 for greater performance headroom that gives gamers that extra push in the most demanding situations. The ZOTAC GeForce GTX 780 is game-ready with the NVIDIA GeForce Experience software that leverages cloud computing to download optimal game settings for the best visuals and performance.

The ZOTAC GeForce GTX 780 is NVIDIA SHIELD gaming-portable ready and unleashes the complete portable gaming experience by unlocking PC Streaming (beta) capabilities that delivers the complete PC gaming experience to supported portable devices. NVIDIA SHIELD gaming-portable readiness enables hardware enthusiasts and extreme gamers to leave the confines of a desktop without sacrificing the stunning visuals they demand from PC gaming and made possible with the sheer horsepower available from the ZOTAC GeForce GTX 780 graphics card.

“PC gaming is evolving into an easily-accessible platform that can be enjoyed by gamers of all technical skill levels. The inclusion of technology such as NVIDIA GPU Boost 2.0 and GeForce Experience software makes it easy for everyone to get the best performance possible from their games and ZOTAC GeForce graphics cards,” Mr. Berger added. “All of the latest technologies and features can be found in our ZOTAC GeForce GTX 780, which is perfect for all gamers whether they want to play on their PC or stream it to an NVIDIA SHIELD gaming-portable.”

It’s time to play with the ZOTAC GeForce GTX 780.

May 23, 2013 – ASUS today launched the GeForce® GTX 780 graphics card, featuring the 28 nm NVIDIA® GK 110-300 GPU with 2304 CUDA cores and 3GB GDDR5 memory. The boost core clock reaches 902 MHz while the video memory runs at a blistering 6008 MHz frequency. The GeForce® GTX 780 delivers jaw-dropping performance in the latest DirectX® 11 gaming titles and is ready for the next generation of PC games and multimedia titles. Silky smooth gaming visuals at the highest resolutions are available thanks to excellent NVIDIA TXAA™ advanced anti-aliasing performance and the newest GeForce® drivers.

The exclusive ASUS GPU Tweak utility has been updated and fully harnesses the power of the GeForce® GTX 780. Through an intuitive graphical interface, it easily allows users to modify core and memory speeds, fan RPMs, and temperature and power consumption targets. Performance profiles for individual games can also be saved and quickly changed.

Along with full support for PhysX® and NVIDIA SLI® technology, the GeForce® GTX 780 features NVIDIA GeForce Experience™ software, which delivers advanced features and optimal playable settings with the convenience of a single click.