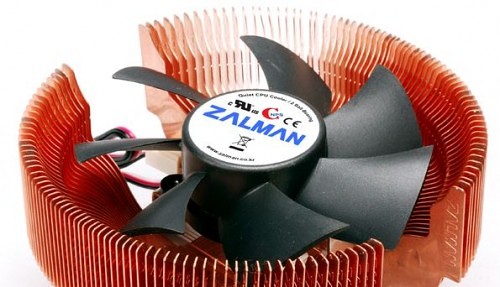 Developing story. See updates appended to the end of this article.

Over the years, we’ve reviewed a lot of products from Zalman Technologies. We’ve taken a look at their power supplies and notebook coolers, as well as little clippy speakers and their range of cooler products. Today, it looks like we’ve got some particularly sad news that is further shrouded in all sorts of controversy. Apparently, executives from parent company Moneual conspired from the beginning, bleeding out trillions of Korean won for years, which has now led to Zalman filing for bankruptcy.

The news comes from a former Moneual employee who is now laying out all the details. The whistleblower says that CEO Harold Park (Hong-seok), Vice President Scott Park (Min-seok) and Vice President Won Duck-yeok hatched together a scheme that would see Zalman produce inflated sales and fabricated export data, allowing the company to qualify for increasingly large bank loans. Over the course of five years, as the report goes, the company took out 3.2 trillion Korean won (US$2.98 billion) in loans under false pretenses.

The fraudulent documentation showed parts being exported to the United States, “since the finished product is larger and more expensive” than the parts. This allowed Zalman to falsely qualify for bigger loans through this “cooked-up revenue.” This was further backed by the “American-style play” of drumming up overseas awards.

And now, Zalman Tech Co. Ltd has halted trading of its shares and the company has reportedly filed for bankruptcy protection in the Seoul Central District Court. Zalman, it seems, has been bled dry by the Moneual executives. What’s more, the Korean banks are also going to suffer, because Moneual will be unable to pay back its debts under this bankruptcy filing. And any current shareholders are hurting pretty bad on this news too.

What does this mean for anyone who currently owns a Zalman product or is (for some strange reason) still interested in buying a Zalman product? The international subsidiaries are scrambling. The one in Japan says it will continue to support warranties and sell the product, but that could change at any time and the official stance may vary from region to region, subsidiary to subsidiary. Your mileage will vary, but for all intents and purposes at this point, we can probably bid our final adieu to Zalman Tech for good… unless they find a buyer.

What happens to the conspiring Moneual execs now is yet to be determined. It could be the Korean Enron.

Hat tips to eTeknix and Legit Reviews for their contributions to the full story.

UPDATE #1 (November 5, 2014 @ 4:00pm): The Moneual executives have been arrested over allegations of export fraud. This includes the three individuals named above and 13 mid-level employees have now been indicted as well.

UPDATE #2 (November 7, 2014 @ 1:50pm): Zalman USA has denied the bankruptcy rumors, saying that warranties will still be honored and it’s mostly business as usual.