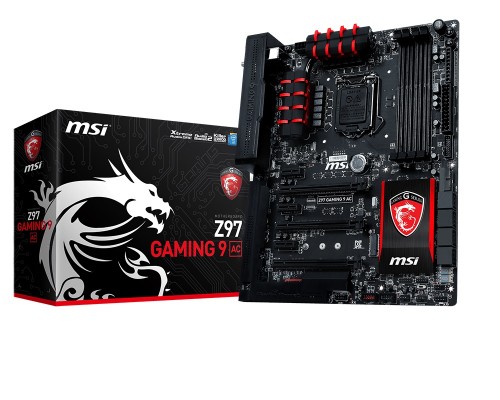 As expected of COMPUTEX 2014, MSI remembered to bring everything in their product warehouse for a night on the town. There is a lot of goodies including new laptops, new server equipment, new motherboards, Lightning edition AMD graphics cards and more. Lets look at some of the highlights for DIY enthusiast and gamers, shall we?

Lets start with the award-winning line of new gaming and overclocking focused motherboards with the Gaming 9 Series and the MPower. Can you guess which one is for gaming and which one is for overclocking? Both will sport features like an M.2 slot, Creative Sound Blaster Cinema 2 codec, USB Audio Power, Killer NIC, and a few models of each with have built-in liquid cooling channels. They all will have striking new designs that will catch your eye.

Always ready to show off, MSI wasted no times showing what their new lineup can do. The MSI MPower Max hitting the 7 GHz overclocking mark and MSI Z97 XPOWER AC took the Computex 2014 Best Choice Award. And this is just the tip of the iceberg. 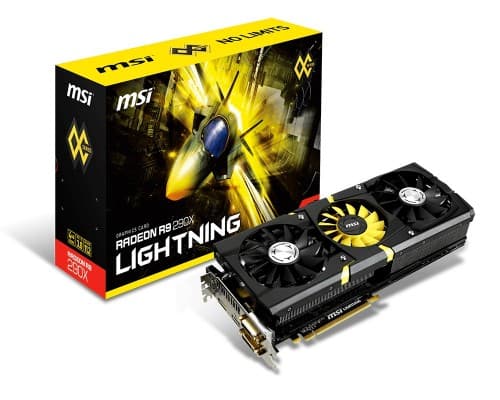 Next is the first Lightning Edition of the R200 series of AMD motherboards in the new MSI R9 290X Lightning. This new edition sits next to the new GTX 780 Lightning and GTX 780 Ti Lightning. This trio is the core of several custom build machines MSI is showing off to demonstrate their raw power. Who needs game updates when you have a computer with enough muscle to push throw most issues? 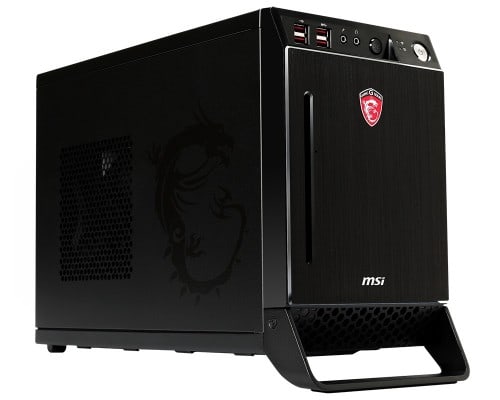 Most of the time we work with products that focus on high-end gamers or budget minded consumers. This year at COMPUTEX 2014, MSI has something in the middle with the Nightblade Barebones computer. At the core is the MSI Nightblade ITX motherboard with Audio Boost 2 and all the goodies of a gaming system. Have GPU, will travel. The barebones system is more than a basic box with customer dragon themed design. You can start with a basic budget system and build your way up.

Like I said before, this is only the tip of the iceberg. MSI also brought the GX60 and GX70 gaming laptops with NVIDIA and AMD power along with all the above and more. Stay tuned here for more details as they come from Taipei.

Showcasing the Latest and Greatest in Tech

Apart from the brick-and-mortar show booth, MSI also launches its brand-new official website. With color differentiation of product categories, targeting the right product on MSI website could never be easier! Plus, a new twist on traditional website layouts, the boundless design is definitely a wow factor that creates a stressless vibe for web browsing. Come visit MSI on-site or online for a high-tech experience like no other!

MSI, leading manufacturer of gaming hardware, introduces its popular Nightblade Z97 mini-ITX gaming barebone. As the name suggests, the Nightblade Z97 implements the latest MSI Z97 GAMING motherboard. This means that the Nightblade Z97 comes with Audio Boost 2, providing the latest technology in high-quality audio for gamers. Next to that, the front I/O panel of the MSI Nightblade Z97 has plenty of options to connect a gaming headset, a mouse and a keyboard, while featuring MSI’s easy overclocking button OC Genie as well. Despite its mini-ITX form factor, the Nightblade Z97 delivers a powerful gaming performance and thanks to its compact size, brushed aluminum finish on the front and awesomely presented Dragon on the side of the case, gamers won’t have to hide their PC beneath their desk anymore. A useful handle situated at the bottom-front of the Nightblade’s mini-ITX case can be used to pick up and carry this lightweight gaming beast around from one gaming event to the next.

In order to provide gamers with the ultimate audio experience, MSI has spared no resources to invest heavily in utilizing high-quality original Yamaha 5W + 5W Speakers & Amplifier within the AG270’s limited interior space. Each speaker features a built-in full-range monomer and an independent subwoofer monomer to form a 2-way speaker system.

Be it experiencing explosions in action games or pure music rhythms, gamers will be amazed by the audio quality of the AG270 built-in Yamaha Speakers & Amplifier.

With a look and feel that stand out in the market, the striking design of the new Z97 MPOWER, Z97 MPOWER MAX AC and Z97 XPOWER AC is highlighted by robust heat sinks, of which the VRM heat sinks on the Z97 MPOWER MAX AC and Z97 XPOWER AC are prepared for water cooling. But design comes second as each model has an amazing set of features, catering to power users that just want to get the most speed out of their 24/7 system or professional extreme overclockers as both can find features that help them get the best performance out of their systems. The MSI Z97 XPOWER AC and Z97 MPOWER MAX AC motherboards already broke the 7GHz mark hitting an astonishing 7100.89 MHz! On top of that the MSI Z97 XPOWER AC motherboard received this year’s COMPUTEX 2014 d&i award and Best Choice Award. MSI is changing the overclocking game.

With 16 new models available in Mini-ITX, microATX and ATX sizes, the new MSI Z97 Pro motherboards present an arsenal of new features and improvements as well as technical ingenuity. The Z97 Pro motherboards offer reliable and fast Gigabit LAN from Intel and official NVIDIA SLI support for enthusiasts looking to pair up multiple graphics cards. Onboard M.2 and SATA Express provides the fastest storage performance through unprecedented transfer speeds up to 10 Gb/s with flexible solutions for using preferred devices. Guard-Pro and Military Class 4 provide all the stability users need through carefully selected and thoroughly tested components and materials.

MSI LIGHTNING – Built to Be Perfect

On display at MSI’s booth are the GTX 780 LIGHTNING, GTX 780 Ti LIGHTNING and the R9 290X LIGHTNING. The R9 290X LIGHTNING will be displayed in an amazingly powerful setup, a 4-way CrossFire setup liquid cooled with the EK WaterBlocks’ custom full cover blocks. An MSI Big Bang-XPOWER II motherboard is the base for this record-breaking setup where professional extreme overclockers will demonstrate the true potential of MSI’s OC series.

MSI kicked off the gaming trend in 2013 and, unprecedented in the industry, has expanded it across platforms and form factors. The unique design and overall gaming concept in this series are highlighted by the fact that the GTX 780 Ti GAMING 3G and the GTX 760 GAMING ITX were finalists for the COMPUTEX 2014 Best Choice Award and the N780 LIGHTNING and N760 HAWK are winners of 22nd Taiwan Excellence Awards. Dedicated to improving the options and choices for gamers, the new GTX 780 GAMING 6G is another fine example of the strength of MSI’s GAMING lineup where choices exist for gamers whether they game on 1080p or 4K resolutions.

The trusted MSI Classic series graphics cards are serving as the base of millions of systems worldwide with their performance and stability as leading factors. Thanks to the use of large fans and Military Class components, MSI graphics cards stay cooler, live longer and have become the best choice for harsh environments like gaming bars and internet cafés where PCs have to perform beyond expectations 24 hours a day.

MSI will present its complete server and network security product lines to response its slogan, No Big Data without Big Security. MSI knows the various demands from clients. Server wise, MSI provides the entry Denlow platform to high-end Romley-EP platform. Network security wise, it has Rangeley as the economic solution and Romley-EP as the high-end solution. With its cutting-edge technology and thorough solutions, MSI will be your best one-stop buy provider.