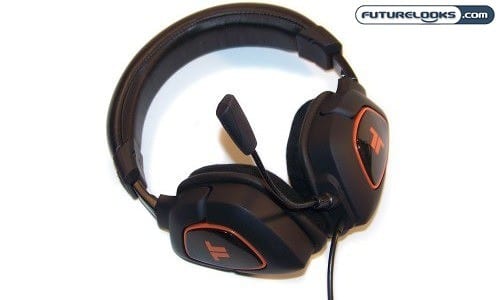 The removable microphone is really simple to attach. Fit the notched edge in correctly and give it a slight twist to make sure it never falls out while you’re jumping about on your console. It’s simple as that. 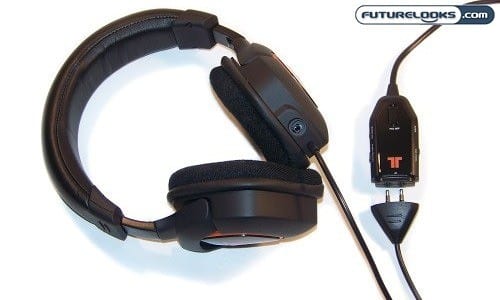 One of the coolest features about the AX 180 Inline Controller (ILC) is that it has a “breakaway” design. Some users are very protective of their headsets while some just like to be able to get up and walk around at a LAN party with them. Or, perhaps you like having a couple headsets next to your console and the idea of hot swapping headsets at the ILC to save time.

Simply pull on the end sporting the finger grips and the headset separates from the ILC. The jacks seem very well encased and will withstand repeated use. Either way, you’ll love this damage preventing feature.

Console users just need to connect the bundled RCA to Analog Y Connector for the headset to work. This worked perfectly on the Xbox 360 and PS3. However, the Wii doesn’t have similar audio ports. The Y Connector will plug in between the Wii’s component cable and TV, or Receiver, whichever you personally use.

I didn’t have any official “console headsets” on hand to compare against the AX180, but I did have some headsets purchased for PC gaming over the last year: An Altec Lansing AH52, Razer Barracudas, Plantronics Gamecom 377. Still, each headset should be capable of working on consoles with the right wiring.

As they say, garbage in, garbage out. The Xbox 360 and PS3 aren’t too shabby at all given they’re both very capable consoles. The Tritton AX 180s do a very nice job of helping eliminate any unwanted noise or hissing coming from either console. Overall the headset produced very respectable low end, surprisingly rich middle, and decent high frequencies.

PC testing also depends on your integrated audio source, or audio card whichever you’re using. When connected to the PC, the ILC selector has to be set to Xbox 360 for the headset to work properly. The AX 180 really shows its quality when using a discrete audio card like the Creative Extreme X-Fi or BGears Enspirer audio cards. The sound quality is much livelier with even better mid-range frequencies. with a high end audio solution. 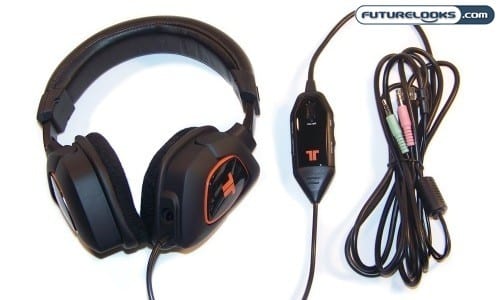 When spoke to some of Tritton’s engineers at PAX, they were really focusing on offering a good all around console gaming headset that could cater to the most eclectic gamer out there. That’s because there are so many different genres of console games available. There’s no way you can cater to any one genre, so why not create a headset that balances the spectrum.

Whether its a first person shooter, racing, RTS, or fighting game, the AX180 Universal Gaming Headset seems well designed, affordable and offers  comfort and performance without sacrificing the audio experience. At a humble $49.99US, I think they may have secured a spot in the hearts and minds of the console market.

The next time your neighbors bang on the walls or door asking you to turn it down, grab a couple pairs of these and jam away. If these aren’t enough, check out the rest of what Tritton Technologies has to offer as they seem to have something to impress nearly everyone.