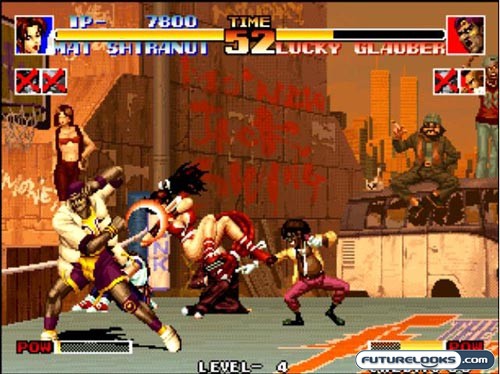 This was the title that introduced the world to team-based fighting. We grew far too accustomed to basic one-on-one battling and while that remained as the core gameplay mechanic, you had to best balance the strengths of your team members to succeed in this game. In future editions of King of Fighters, you could custom create your chosen trio as well. Some may even say that KOF is better than Street Fighter. 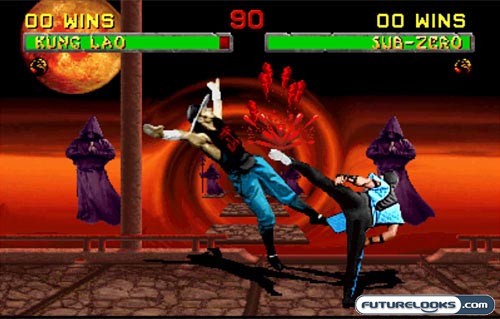 Flawless victory. Fatality. The first Mortal Kombat got soccer moms crying to the government and adolescents scampering to the arcades. Instead of using character sprites, Mortal Kombat actually video taped their characters, making for some of the most realistic graphics to date. Unfortunately, the first MK suffered from some pretty bad lag… but this was fixed in Mortal Kombat II. We also got a bunch of new characters, including Kitana, Baraka, and Kung Lao. The introduction of Friendship and Babality finishing moves was quite surprising.

That’s a pretty heavy list of games so far, but there can only be one game that reigns supreme… 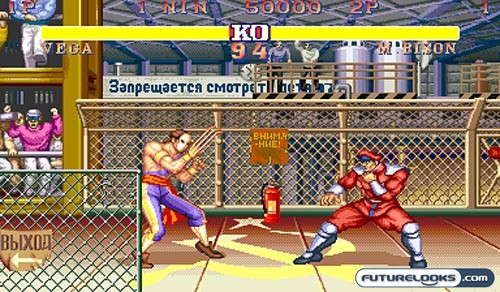 You must have seen this coming. No list of best fighting games would be complete without some mention of Ryu, Ken, and the rest of the Street Fighter franchise. Perhaps the most difficult decision, however, was picking which Street Fighter game was the absolute best and I had to go old school and kick it with Champion Edition. Hyper Fighting got too frantic, whereas Street Fighter Alpha (Zero) and Street Fighter III added little in terms of originality. Champion Edition let us control Balrog, Vega, Sagat and M.Bison and that made it all worth it. No super fireballs or gigantic sonic booms; just straight strategy and skill. It doesn’t get any better than Street Fighter II: Champion Edition.

A few notable games that didn’t quite make the cut are:

Michael Kwan is a freelance writer for Futurelooks and is also the brains behind Haduken Online, a site all about fighting games, all the time. If you loved this article, then you’ll love what Michael has to say at Haduken Online!