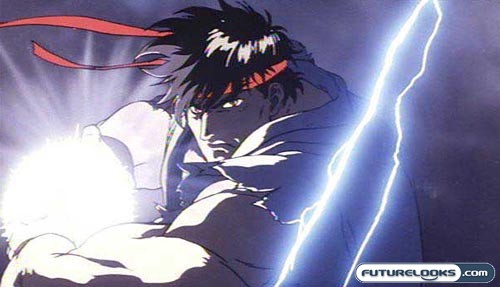 Crouch. Crouch-Forward. Forward. Punch. If you’re as big a fan of the Street Fighter series of video games as I am, you’ll realize just how grand the whole fighting game genre has become. Other people may like to get their sports fix and countless others much prefer the first-person shooter (FPS) or real time strategy (RTS) genres, but for me, there is nothing better than a fantastically executed versus fighting game.

I’ve gone through my fair share of fighting games in my day, both good and bad, so I think it’s fair to say that I’m a relative expert in the field. I trudged through multiple versions of Clay Fighter, just because I thought the graphics were cool. With Street Fighter IV looming on the horizon, fighting game enthusiasts have yet another reason to get excited.

Well, let’s get out the ground rules for this top 10 list of the best fighting games of all-time. First, it must be a relatively conventional fighting game. This means that Super Smash Bros Brawl is not eligible, even if Solid Snake will be kicking some Zero Suit Samus butt in SSBB. Second, only one game from a given series can be included. This prevents having 9 Street Fighter games hog up all the spots. Lastly, it has to be a game that was/is available in North America. If you found a crazy JDM fighting game, that’s great… but it’s not eligible.

All that said, let’s have a look at what I feel are the top 10 best fighting games of all-time. 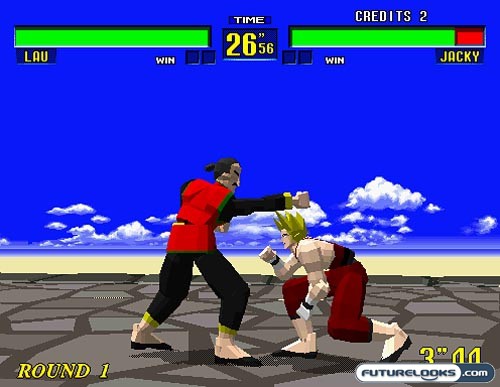 Traditional fighting games are two-dimensional and typically use hand-drawn character sprites. Sega turned this on its head with Virtua Fighter, a fighting game that featured 3D polygonal characters, ushering a whole new era of fighting games. Arguably, it was Virtua Fighter that paved the way for future titles like the Tekken series and the Dead or Alive series. Sure, the gameplay wasn’t the best in the first Virtua Fighter and the polygons were huge, but man alive was it innovative for its time. The ring out concept was pretty creative too. 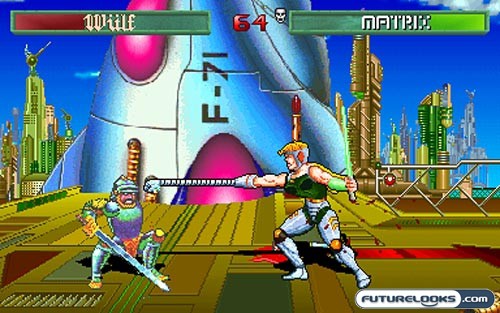 Mortal Kombat is usually the game that is credited for bringing video game violence to the forefront, but the brutality of Midway’s creation pales in comparison to Time Killers. The button configuration was quite different — five buttons corresponding to the two legs, two arms, and head — but it was when you pressed all five buttons that something incredible would happen: your character would attempt to decapitate his or her opponent. Meanwhile, you could also lop off their limbs. My personal favorite was Rancid with his chainsaw. 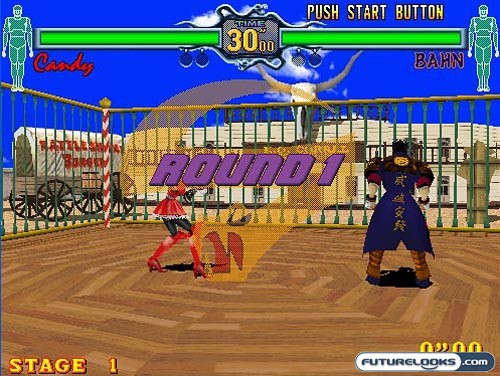 Yes, Sega was back at it again. Enjoying the success of Virtua Fighter, they applied the same 3D engine to Fighting Vipers, another arena-based battler with some rather colorful characters. There are two main reasons why Fighting Vipers deserves mention. First, the armor system was interesting, because you could target specific body parts and they’d bust open after considerable damage. Second, Fighting Vipers introduced destructible environments and there was nothing more orgasmic that busting your opponent through the wall.