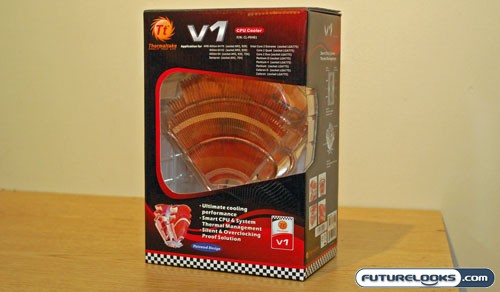 Thermaltake has always been known for their colorful and somewhat off the wall designs. They were one of the first companies to throw blinky lights, lots of fans, and clear side windows into their cases. Just check out our old review of the Lanfire Xaser III for an example. However, before the whole case thing, they were known for their legendary “Orb” CPU coolers.  Just recently, we reviewed the Blue Orb II, which combined cool blue looks and decent performance.

Today, we get to look at one of their most unique heatsink designs yet.  The Thermaltake V1 CPU Cooler is a departure from your standard heatsink designs with its elegant copper structure that resembles a great oriental hand fan rising from the middle of your motherboard like a great big copper wing. Did I mention that it glows blue? Now the burning question: Is this product all show and no go, or is it show and…go?  Let’s find out! 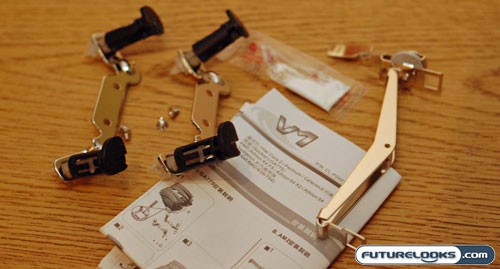 The Thermaltake V1 contains, surprisingly, very little in the box. The reason I say this is beause most performance aftermarket heatsinks come with a number of plates and screws that are used to bolt the heatsink to the motherboard.  What we do get however is:

The only thing that isn’t high performance is the inclusion of the standard silicon paste.  I’d really like to see Thermaltake including some higher performance paste with their heatsinks, but I guess the lawyers think that standard, boring, non conductive silicon paste is safer. The instructions come in enough languages to make it into the UN.

The V1 supports pretty much all current AMD and INTEL CPU’s. The best part of its compatibility is the fact that you DON’T have to rip your motherboard out to install it.  It takes advantage of standard heatsink mounting mechanisms built onto the motherboard. 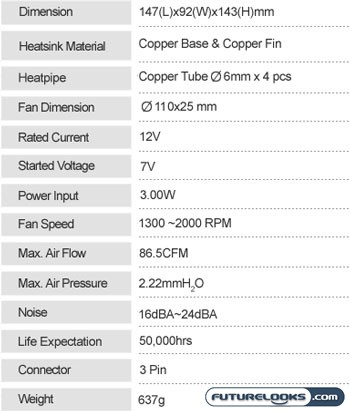 Despite the moderate size of the heatsink, it’s fairly light, comparatively speaking, to most of the monster heatsinks out there. However, that 637 grams still puts it at more than 300 grams heavier than the stock AMD AM2 4200+ heatsink that we’ll be replacing today. Since it uses the standard cradle, it could be a cause for concern.  This may be less of a problem with the INTEL bracket as it uses a four point attachment that distributes the torque more equally.