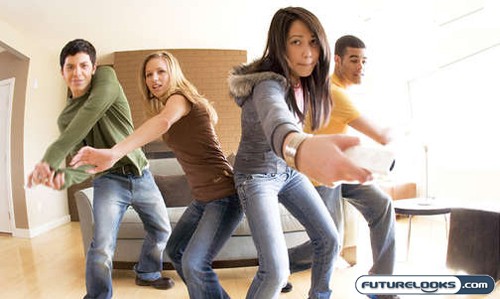 Picture a typical video game player. Probably the person you are envisioning in your mind is a teenage boy or a young man, hunched over on a couch with a video game controller firmly ensconced in his hands. With the exception of the odd nervous twitch and shout in anger when he gets fragged, there is very little motion on his part. He’s not really all that different than a couch potato, because the only muscles getting a workout during this gaming session are in his hands.

Well, as you may already know, there has been a big push in the video game industry lately that has seen the emergence of more active video games. Ones that get children (and adults) off of their butts, actually breaking a sweat while playing a virtual game of tennis, rather than just twitching their thumbs for another rousing session of Halo 3. The connection between exercise and video games is not a new one, per se, but it is one that has gathered a lot of steam in recent years. Here are five areas or trends where we have experienced the merging of video games and exercise.

In no particular order… 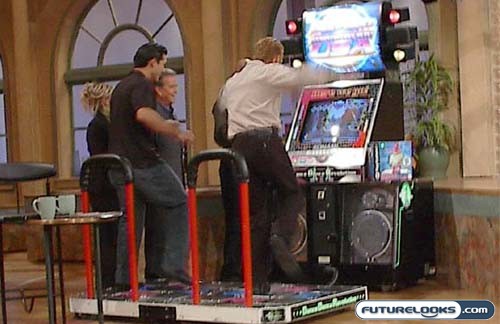 Although this dancing simulation game has only picked up in popularity in North America in the past three years or so, DDR — as it has come to be known in some circles — was originally introduced to Japanese video arcades in 1998. Dance Dance Revolution has been largely credited with the emergence of rhythm games, because it was one of the first popular video games that got you to dance to the music, timing your steps in tempo with the tunes being played. It was from this innovation that we saw later creations like In the Groove and, more recently, Guitar Hero.

To date, there are over 90 official versions of Dance Dance Revolution, expanding well beyond the sweaty confines of video arcades and into the realm of home video game systems. From the Nintendo GameCube to the Xbox 360, it’s nearly impossible to avoid this craze. It really was and continues to be revolutionary. 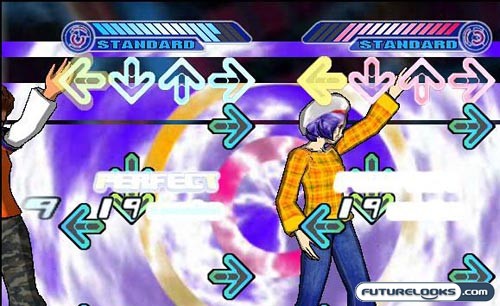 Whichever version of DDR you select, they all work fundamentally the same way and offer the same vital features: a dance pad, crazy arrows that fly up the screen, and a funky soundtrack that’ll get everyone smiling. And sweating.