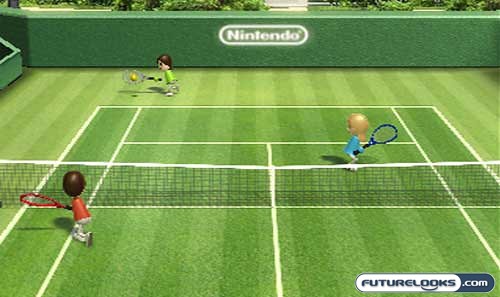 Admit it. The first time you heard about Nintendo’s next-generation home console — once codenamed “Revolution” — you thought that concept was innovative, but probably little more than a gimmick. Fast forward to one year after its initial release into the marketplace and the Nintendo Wii is still hard to find in stores. It literally flies off the shelf before retailers even have an opportunity to set it out for sale. This is because Nintendo has capitalized on a much bigger market than the conventional gamer. Nintendo is targeting families, seniors, soccer moms, and everyone in between.

Wii Sports is the pack-in title that accompanies the video game machine. Within Wii Sports, you will find five activities that make use of the Wii’s unique motion-sensitive controller: Tennis, Baseball, Golf, Bowling, and Boxing. The motions performed on the Wii Remote mimic those that you would do in a real-life session of the corresponding sport. Wii Sports: Bowling is perhaps the best executed game in the package, but it’s close to being the least active. If you really want to work up a sweat, a rousing session of Wii Sports: Boxing is in order. Too bad the implementation of Boxing isn’t the best.

In addition to Wii Sports, you’ll also find a variety of other titles in the Wii library that’ll get you up on your feet and swinging your arms like a total doofus. Don’t worry, you’ll have an equally dorky smile on your face the whole time. For the more aggressive types, there are titles like Manhunt 2, The Godfather: Blackhand Edition, and Medal of Honor: Heroes 2. Other fun games you should consider include Rayman Raving Rabbids, Mario Party 8, and Boogie. The last is particularly noteworthy because it combines a DDR-like rhythm experience with karaoke. Yes, there’s a microphone. 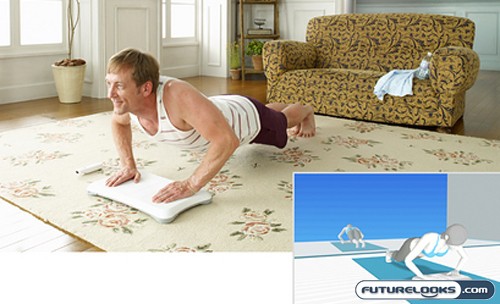 An upcoming peripheral for the Nintendo Wii is Wii Fit. It will be accompanied by the Balance Board peripheral. Combining the two, this is perhaps the closest to a true “exergaming” experience you’re going to get. The Wii Balance Board can detect shifts in weight and thus can support all sorts of interesting applications. All in all, Wii Fit will have about 40 different activities, ranging from yoga poses to press ups, step aerobics to ski jumping.

Real-Time Price and Stock Check – Shop Like A Pro!