Gotta Look Straight on to the Screen

I suppose this isn’t a huge problem, but it could be a cause of concern for some users. While I appreciate the use of a matte (rather than glossy) display on this netbook and it is very nice to see that it features LED backlighting, the viewing angles are remarkably bad.

The matte screen means that you can still work under bright sunlight, but you do need to be “square” with the display to do so. Both the horizontal and vertical viewing angles offer a very narrow range, making it difficult to share things with people sitting around you.

What’s with the Bloatware? 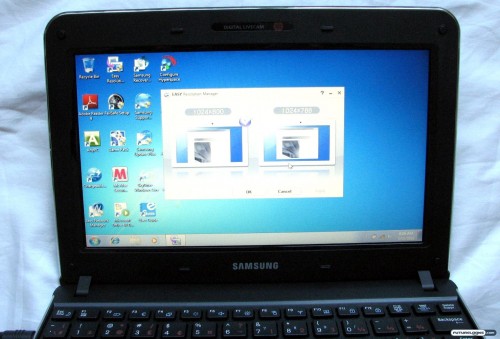 The whole reason you want a netbook in the first place is that it’s a lightweight and easily portable computing solution. The resources are on the light side already, but the N220 is weighed down by all kinds of bloatware.

As expected, many of these are not full versions of the software, including trial games, an antivirus, a screen resolution tool, some data recovery tool, and a bunch of other stuff. Some of these are supposed to be useful, like the quick-boot environment, but others are more of an annoyance than anything.

On the bright side, the use of Windows 7 Starter is a vast improvement over the Windows XP that populated netbooks in the previous generation. It’s about time that netbooks got a more current operating system and I’m thinking that Win7 might even be more efficient than XP too.

The whole netbook keyboard thing has come a very long way since the remarkably cramped and uncomfortable situation offered by the original Eee PC 700 series. The keyboard on the Samsung N220 feels decidedly high end. 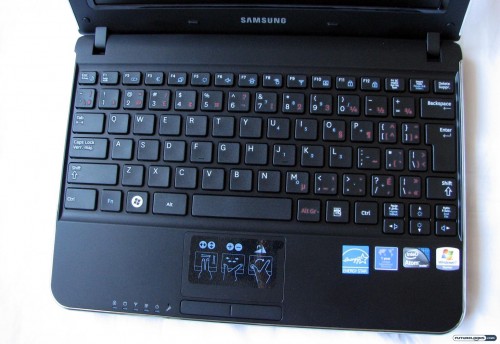 As you can see from the image above, the keyboard is chiclet-style in nature, very much like what you find on current MacBooks. Samsung calls this an “island style” keyboard, because the keys are distinctly separate from one another. This quite similar to the keyboard on the Asus Eee PC 1000HE, which remains one of my favorite netbooks to date.

As much as I like this keyboard, it is not without its shortcomings. You’ll notice that the right shift key is smaller and way too far to the right. The same thing happens with the Enter key, which is double height but not double width. I would have preferred if the “” key were moved up and the Enter key took up that space instead.

I’m apparently not the only one feels this way, because you can try to hunt down a Samsung N210 netbook instead. The N210 is virtually identical to the N220, from what I can tell, aside from the keyboard layout. 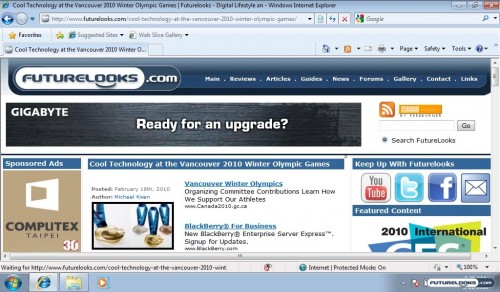 It’s not high resolution, but the WSVGA (1024 x 600 pixel) display will accommodate most websites without too much trouble at all. General web-surfing performance is perfectly acceptable and having the multi-touch trackpad for pinch-zooming and double finger zooming makes the experience a joy.

Despite having the newer Pine Trail Atom N450 processor, the Samsung N220 still wasn’t able to do much heavy lifting. When I tried streaming a 720p HD video from YouTube, the netbook stuttered considerably. Any kind of multitasking can cause it to slow down too, but it was able to handle live-streaming video to UStream.tv.

From a performance standpoint, I had high hopes for Pine Trail. In the real world, however, it doesn’t seem to do much better than the Atom N280 that preceded it. We expect similar performance from other Pine Trail equipped netbooks so it’s not just a Samsung thing. There may be a slight advantage in the battery life department with this Samsung, but there were N280 netbooks boasting 10+ hour lives too.