Rocking Out with Pro Mode Instruments

Tired of melting faces with your expert drums and expert guitar playing ability? From the truly hardcore, Harmonix has brought Pro Mode to the game and it’s a monumental step up in difficulty. 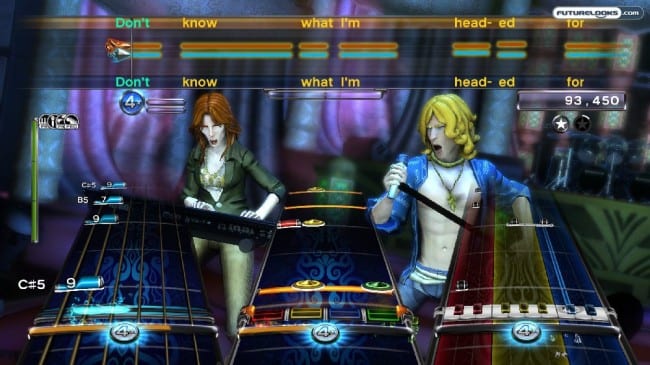 Moving from just five keys to two full octaves on the keyboard is challenging, but it’s a natural progression. The breaking down of the keys into colored columns helps too. Vocals, like in The Beatles: Rock Band jump to multi-part harmonies, and the drums add in three cymbals and a second bass pedal. The cymbals are cleverly distinguished from the toms based on the shape of the gem; toms are the usual flat bars and cymbals are round orbs. The guitar stream, however, was much more difficult. This isn’t just because of the addition of so many frets and true six-string gameplay, but also by how the notes are displayed. You have to quickly read the numbers as they come down, as they represent the fret number. And yes, there are chords too, so you really have to pay attention to the numbers, the strings, and — if you’d like — the chord names as they come down the note highway. This is hard (but so is playing a guitar for real).

The concept of the “world tour” career is sort of there, but the career mode is a completely different beast this time around. You don’t play a series of set playlists in different venues like how you did in Rock Band 2; it’s much more persistent and expansive than that. 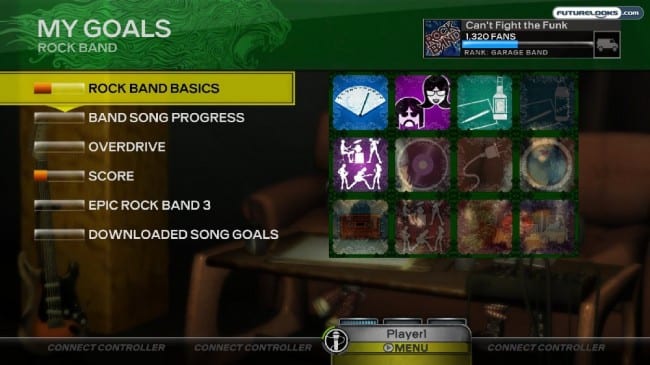 Instead, the career is set up as a series of goals that span every game mode. Achieving these “goals” earns you fans and unlocks more gear for your custom characters. Some goals are simple, like playing 12 downloaded songs. Other goals are harder, like hitting 100% on an expert solo some place. There are also Road Challenges, which are comprised of smaller set lists, each of which come with additional side objectives. These side objectives earn you “spades”, which work toward the overall goals of the Road Challenges. For instance, you may want to activate Overdrive a minimum number of times to earn the extra “spades.” This is similar to the bonus stars in Guitar Hero 5. All in all, completely everything there is to do on the expanded career mode will take you much longer than before, but the goal-oriented approach rewards you along the way and you can take the career in bite-sized chunks. 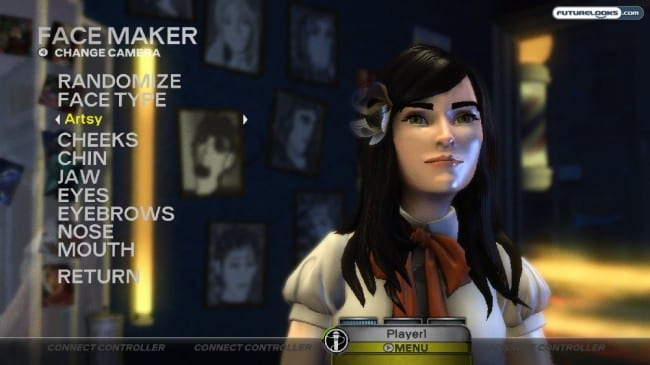 I’d say that the visuals are marginally improved over previous iterations in the Rock Band franchise and your on-screen rockers seem to have a little more personality, but the create a character utility still leaves something to be desired. It looks like there are lots of options to adjust jaw size and pick the right set of eyebrows, but I just couldn’t achieve the looks that I was trying to achieve. My band, for example, is modeled after the Uncanny X-Men and I could make my Charles Xavier look old. I couldn’t make Wolverine (Logan) look grizzled enough. I suppose these are minor quibbles, since the focus is on the gameplay, but it’s still a little annoying. It’s also too bad that I can’t play as my Xbox Avatar like I did in Rock Band 2. I actually liked that.

I can say, without reservation, that Rock Band 3 is the best Rock Band game to date. Harmonix was very ambitious with its approach, adding in much needed upgrades like Overshell and song filtering, but also with the incredible complex Pro instruments. I’m nowhere near the level to attempt pro guitar yet, but I can have a fair bit of fun with pro vocals (three-point harmony) and pro drums.

The overshell is fantastic, the gameplay is as great as it’s ever been, and the song list is growing exponentially by the day. You and your family will love it, after playing it you may even want to get beginner guitar lessons for your kids.

Harmonix has outdone themselves, completely burying the Warriors of Rock offering from that other guy. Now, if you’ll excuse me, I have some faces to melt.