Assembly: The Wires Only Look Complicated 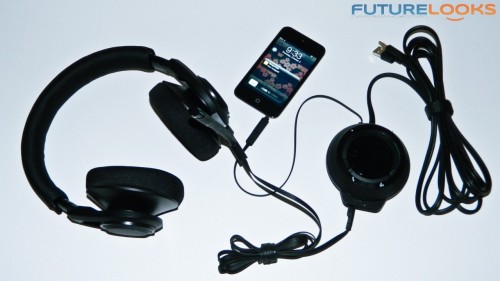 Starting with the gaming PC installation, it starts with the 3.5mm square shaped mic cable. The left ear cup has a square shaped port so you know where to plug the mic. Simply slide the mic in to place for a secure fit. The USB cable plugs in to any available USB port on your system. The other pre-attached 3.5mm connects to your phone. The RIG’s mixer is now the primary hub from which all audio sources converge.

The RIG is also stylishly portable if you want your tunes on the go. To make that happen, there is an extra interchangeable inline mic cable that eliminates the boom and adds inline controls. Since you phone or portable audio device is the primary audio source, the audio quality will vary depending on the device. How does it sound in both settings? That comes next. 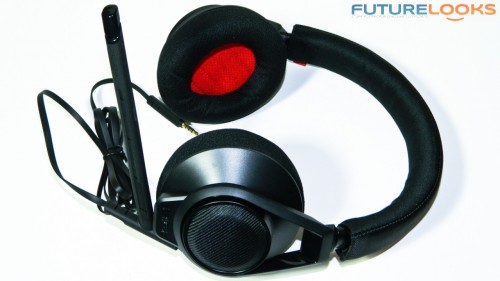 I played a variety of games and even recruited a couple extra ears to support or debunk my subjective pro-ear impressions. One of the most important attributes is that the RIG’s audio is surprisingly clear. There is no detectable line noise at all. The three EQ presets create a slightly different yet pleasant experience. Pure brings out the mid range and voices. Intensify brings out the midrange and bass significantly. Seismic increases the higher end and mid range frequencies. However, to reach the maximum volume output, you’ll need to crank it all the way up along with the OS audio settings.

The RIG’s audio rates somewhere between Corsair’s Vengeance 2000 (which is wireless) and the Steelseries Siberia V2 HyperX headset we sampled at PAX Prime 2013. So in other words, it’s pretty good.

The microphone is very sensitive so you can just hear yourself and a bit of hissing. The quick fix is to turn down mic output in Windows or your system audio software, or just mute the mic on the RIG mixer until you need it. Additionally, the desktop mic can be just a bit clunky as it doesn’t rotate, hold a position for long, and can’t be tucked away like most gaming headsets we’re used to. 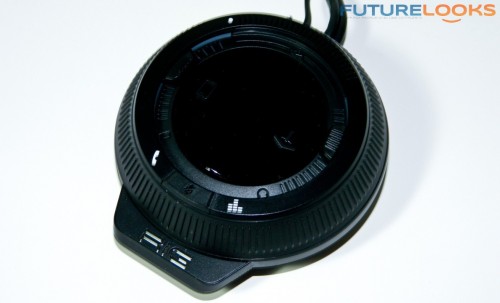 You can tell if the phone or PC audio is active because the volume slider lights up, along with the fact that the toggle is depressed to that device, making it difficult to mess up a call hand off. With the phone selected, I found the phone audio isn’t any clearer per say but it is easier to hear since it passes through the puck which seems to give it a bit of a boost in volume. If you find your phone audio too loud, simply use the slider volume to bring it down. The master slider along with the individual sliders for the phone and the gaming system or PC allow you to easily normalize volume across devices so you aren’t caught off guard when you switch source. 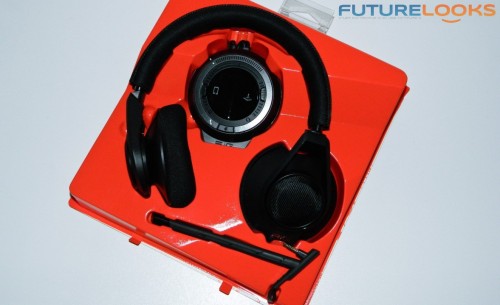 Today’s new generation of gamers love their games, music, and social media, and crave access to it 24/7. It’s a tough target to hit but Plantronics may have zeroed in on them just right with the RIG gaming headset. It really allows you to stay mobile connected when desktop gaming which can be quite handy for the self employed (or the currently employed office worker who wants to look like he/she is hard at work). The added bonus is that the RIG will appeal to students that like big sound on the go. Most tuned ears will be pleasantly pleased by the clear quality audio, EQ presets, and audio control.

The RIG does have a couple minor issues. While the gaming mic should be a strong component, the light hiss can be a little distracting in certain games. It also doesn’t tuck away for safe storage, but it is flexible enough to take a hit. Fortunately, you have another inline mic option when you’re on the go that doesn’t have that problem. 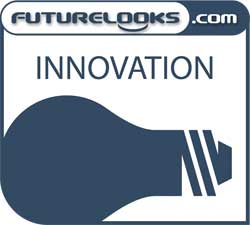