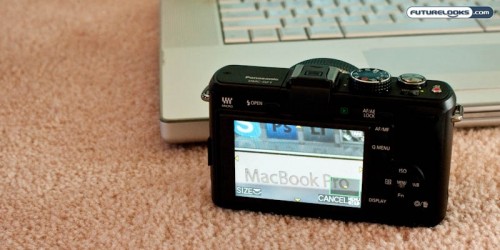 As mentioned, unlike many traditional DSLR cameras, the GF1 does not have a mirror or a viewfinder. Unless you purchase the optional LVF1 electronic viewfinder attachment, the GF1 is live view only. This presents a number of limitations but it also has its advantages. For example, a viewfinder is much easier to use in direct sunlight but a live view LCD will give you a more accurate representation of the final image produced by the camera.

The GF1’s LCD is rather full featured with a number of options to help with composition such as a grid to assist in the “Rule of Thirds” and a live histogram that can be placed anywhere on the screen. An on-screen meter shows exposure data with shutter speeds and aperture settings appearing as normal when exposure is correct and in a red bar when exposure is too bright or too dark. Strangely, the rear LCD does not correctly fit the camera’s native aspect ratio and black bars show on the sides instead. 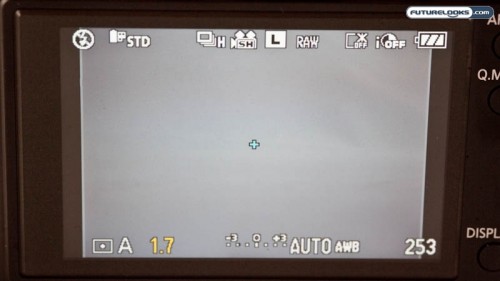 The GF1 also allows you to digitally zoom in on an image on the rear LCD. This has no effect on the final image but it is especially useful for something such as manual focus. In fact, when you switch to manual focus mode on the GF1, it automatically zooms in to allow you to finely adjust the camera’s focus.

Speaking of focus, the GF1 has four focusing modes: facial recognition, AF-tracking, 23-area and single area. The facial recognition is usually only found on consumer compact cameras and while most experienced photographers will go for the other focus modes, a beginner may use the face tracking so they don’t mess up their family portraits with errant focus. In tests, it did pick up faces rather well although it seemed to make mistakes in low-light situations. 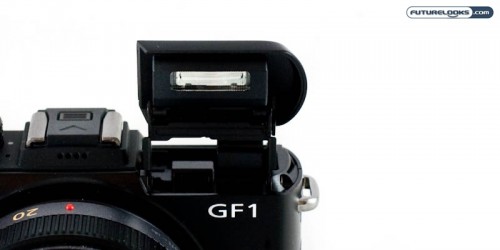 A button on the back of the camera brings up the built-in flash. With a f1.7 lens, I found the flash entirely unnecessary except in the dimmest of situations but it does the job if you’re, for example, shooting a group photo at a restaurant. It is a rather standard built-in flash unit. 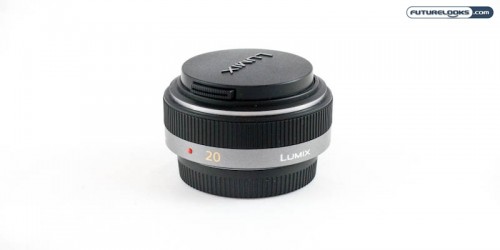 The f1.7 20mm lens is a beauty, with a great fast aperture for low lighting situations or when you want a nice shallow depth of field to isolate subjects.  The build quality feels solid despite being rather lightweight and the size is appropriate for the Micro 4/3rds format.  The focus ring is nice, especially when paired with the digital zooming live-view for fast manual focus. Even wide open, the lens is exceptionally sharp creating creamy bokeh. 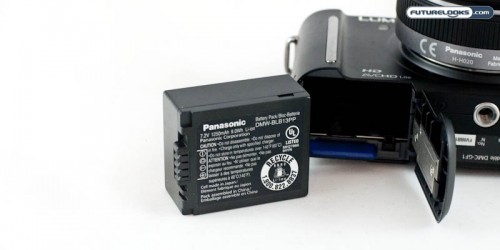 The GF1 uses a 7.2V, 1250mAh battery which was good for 413 shots before the camera shut down. Your mileage may vary depending on how much you use the built-in flash and how much time you use the live view composing between shots. The same 7.2V, 1250 mAh battery can be found on the other ‘G’ cameras in the range.

According to the specs, the battery should be good for around 350-380 shots (according to the standard CIPA testing methodology which doesn’t necessarily reflect real-world figures but does allow comparisons between cameras), which is roughly the same as you’d get from most DSLRs in live view mode. Of course, as with all these things, your mileage may vary.

The GF1 features a 3.0 FPS continuous drive which shoots an unlimited number of JPEGs (until the card is full) or 5 RAW images before it begins to slow down. In order to get the most out of this feature, you should probably use a high-speed SD card or else the camera’s buffer fills faster than it can write. I’m not going to go into further detail with this feature since it isn’t something most people use. If they did, they would be looking for much more than 3.0 FPS but the GF1 holds up this speed rather well in JPEG mode. In RAW, it slows down considerably due to file sizes and the buffer filling up but the continuous drive can be useful for capturing moving subjects or if you have shaky hands.