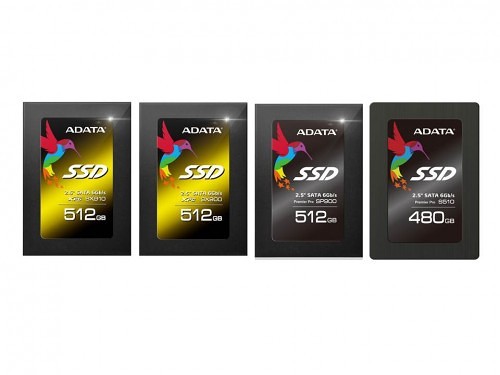 When any company releases updates to their products, in particular, firmware updates, it’s always a good idea to pay attention. Especially, when those products are storage devices like SSDs, that are often holding very important things like our operating systems and important files. So, if you’re an ADATA SSD owner, you’ll want to pay attention to this latest update.

For owners of ADATA’s SX910/SX900/SP900/S510 series SSDs, based on the SandForce 2200 series controllers, the company has issued a new firmware that is said to enhance stability. Firmware update 5.8.2, provides enhanced stability, especially in environments where unsafe power cycling could be a factor. If you have a UPS on your desktop system, then it’s less of a factor, but sometimes, laptops and tablets can go wrong, and the only way to get them working again, is to hit the off button. The same can happen to desktops, on occasion.

So if you’re using an ADATA SSD from the aforementioned model series’ listed above, and you might be prone to “power on/off” scenarios to get your system working right, then you’ll want to pick up the new firmware at this link. Make sure to select the right one for your model of SSD.

Before updating, backup as much as you can (or at least the stuff you care about), uncompress the file, find the executable called “ADATA_SF_FieldUpdater, and run it as an Administrator. Then wait patiently for the update to complete, and don’t even THINK about turning off your machine. I would advise having your notebook/laptop plugged into a wall, and your desktop, through a UPS.

The official press release is posted below.

Purchasers who wish to update their SSD firmware should go to: http://www.adata-group.com/index.php?action=ss_main&page=ss_content_driver&lan=en, select the corresponding SSD product, and then download the compressed Firmware 5.8.2 file and extract it. Then locate the executable file ADATA_SF_FieldUpdater and run it as administrator.