Do you need speed when working with files externally? Perhaps you want speed AND portability? Well then, ADATA has something for you! The ADATA SE730H 3D is a NAND-based USB-C external solid state drive (SSD). With 500MB/s read and write speed and the move to using 3D TLC NAND for increased longevity, it is one of the world’s most compact external SSDs.

How can 3D NAND be better over the previous 2D NAND found in the previous generation ADATA SE730 drives? Well, with 3D NAND flash they can pack more storage capacity into a smaller physical space and can also improve electrical use to reduce power consumption.

It can also boost reliability and give you faster write speeds. After all, 500MB/s write speed is not bad right? A downside with using 3D TLC NAND flash is, at the manufacturing level, it needs to run through more steps prior to making its way into the final packaging, which of course can be passed on to the consumer’s cost.

The TLC portion is triple-level cell, meaning it can store 3 bits per cell, hence how they can store more in a smaller space than the previous 2D NAND that was used. 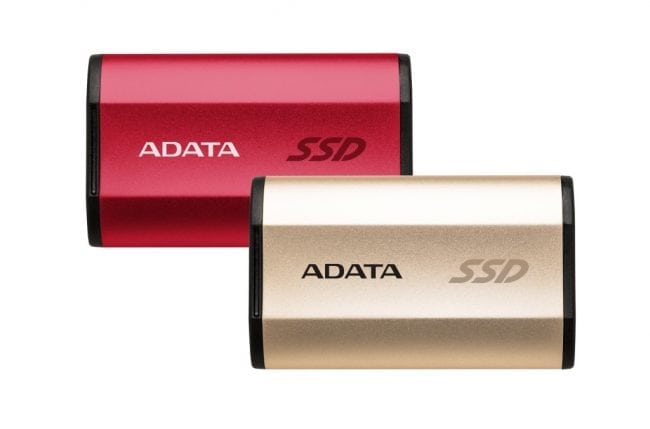 Another other nice feature of the ADATA SE730H is that it passes the strict IEC IP68 standards which are for dust, water and shock-proof characteristics. If you accidentally drop the drive into the water and forget it is laying there, you have up to about an hour of time to fish it out. Hopefully you didn’t drop it into a water depth of more than 1.5 meters (~5ft) though, else you have given your precious bits and bytes an unwanted bath.

The ADATA SE730H comes in a Gold or Red casing with capacities of 256GB or 512GB with a single USB-C interface (cable included).