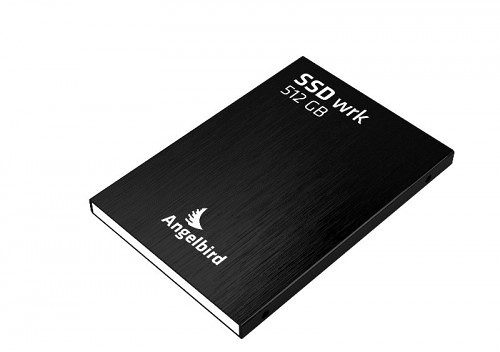 Angelbird, an Austrian-based manufacturer of Solid-State Devices (SSDs), has announced that they now have SSDs that support TRIM for the Mac right out of the box.

Essentially, TRIM is a garbage collection utility that allows an Operating System (OS) to mark sections of data on a SSD that can be removed that are no longer needed. This allows for fewer writes to flash, which helps increase the life of the drive itself.

What benefit might I gain by switching to a Solid-State Drive? SSDs can help breathe life back into older systems. The Angelbird SSD wrk for Mac supports an ultra-fast SATA 3.1 6GBs/s interface, which is backward compatible with older Mac set-ups . Delivering read speeds up to 536MB/s and sustaining write speeds of up to 450MB/s can help you keep the data flowing!

Another great feature of the Angelbird SSD wrk for Mac is that they designed and developed the drive to minimize energy consumption without sacrificing efficiency, making it a great choice for mobile devices such as the Macbook and Macbook Pro.

Lustenau, October 9, 2014: Angelbird, Austria’s premium SSD manufacturer, presents its new SSD wrk for Mac, the only third party SSD that supports TRIM for Mac out of the box.

The SSD wrk for Mac is ideal to upgrade older Apple models to the ultra-fast SSD technology. Specifically the device is equipped with native TRIM support, a feature that works straight out of the box. The installation of additional software, drivers or TRIM enabler is completely eliminated.

The hardware and the performance of the SSD wrk for Mac is identical to those of the Angelbird SSD wrk. Just like its counterpart, Angelbird SSD wrk, it uses an ultra-fast SATA 3.1 6Gb/s interface, which is fully compatible with older Apple set-ups and operating systems. The read speed is up to 563MB/s, sustained writing speed is up to 450MB/s. The SSD wrk for Mac delivers 72,000 IOPS (Input/Output operations per second) and the access time is less than 0.1 milliseconds. Customer security is provided by the five-year warranty.

The case of the SSD wrk for Mac is made of high quality, matt black anodized aluminum, housing custom packed Multi-Level-Cell NANDs from Micron and the SMI 2246EN controller. Durability is guaranteed by the MTBF of at least 2 million hours. High reliability is also provided by the integrated EDC and ECC error correction capabilities.

Access to the PSP (Personal Support Portal)
Angelbird offers its customers the opportunity to register for the Customer Portal PSP via the serial number of their device. The PSP provides information such as the remaining warranty period. In addition, the PSP offers free downloads of full versions of current programs. The software is constantly expanding with new titles and technical assistance will also be offered in the near future via the PSP. Warranty or repair cases can be handled entirely on the portal.

Mac® is a registered trademark of Apple Inc.