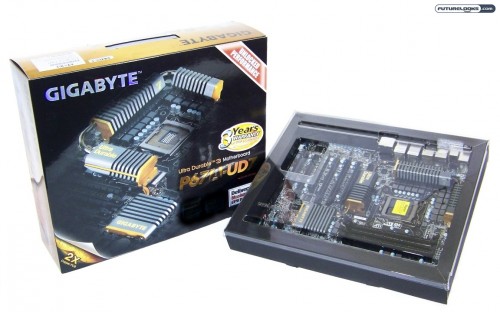 The fall winds are carrying the scent of Sandy Bridge these days. We’ve seen many bits of news from sources trying their best to come up with something new to peak your tech savvy senses.  We were fortunate enough to bring you the very first look at the GIGABYTE P67A-UD7 and UD5 motherboards at IDF (Intel Developer Forum) 2010. We got such a good look that our friends at GIGABYTE got into a spot of bother with Chipzilla. However, friends don’t stay mad at each other so we bring you an even more detailed and in depth look at what will be the full retail experience come this January 2011!

Well, not quite. But you should grab a coffee and be ready to spend the next four minutes scrubbing this video back and forth at one of the most detailed looks at GIGABYTE’s new Sandy Bridge goodness.

Obviously, this one’s a keeper thanks to GIGABYTE. We’ll be back with the final review and launch of this board in January 2011, but we’ll keep bugging the powers that be to let us release more Sandy Bridge goodness in the meantime so stay tuned as always. But let’s talk about what we can in the next bit.

What You Wanted To Know About the GIGABYTE P67A-UD7 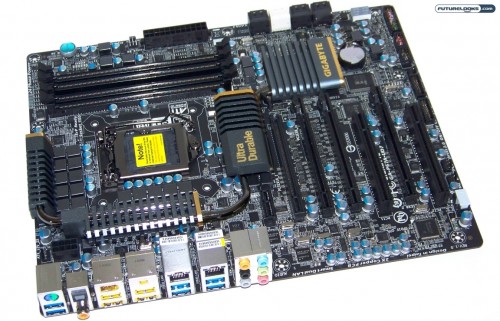 The important features include Triple NVidia SLI and ATI CrossfireX support for the extreme gamer, benchmarker, or overclocking fanatic. There’s full USB 3.0 and SATA 3 support as well as lots of regular USB expansion. The major improvement with the IO for Sandy Bridge is that there’s no more sharing of the PCIE bus between any of the system’s devices. This should result in an increase in performance over previous chipsets. 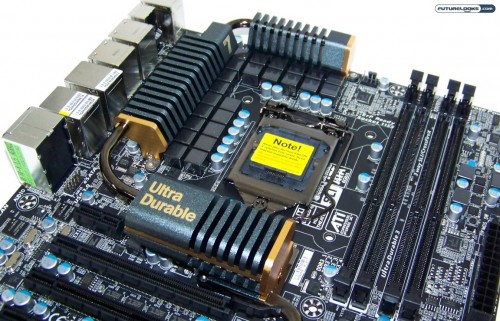 Speaking of overclocking, GIGABYTE returns with the full 24-Phase VRM treatment surrounding the CPU socket. Why 24-Phase? Well, for those of you who overclock (which are many), you’ll want the cleanest, best power at all times to push your processors where you think they should go. Having the extra phases allows the voltage to match the task quickly and with as little disruption as possible.

As for pricing information, there hasn’t been anything official released at this time. But do expect this board as well as it’s other siblings to be available at all major retailers that you usually shop at in full force.

At this time, we just can’t show you any benchmarks or any other extra curricular activities that include numbers. Please realize that we really want to. However, out of respect for all parties involved, we’re happily complying with the gag order. And if you’ve ever seen Intel’s marketing team, there are French Commandos among them. No, not the Britney Spears type of Commandos. More pictures on the next page in the gallery.