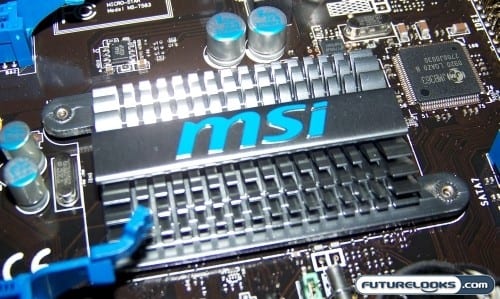 It’s been a year since Bloomfield (aka Nehalem) and Core i7 rocked the professional world with its unrivaled processing power. And, while it’s the best choice for data intensive tasks, it’s not the most affordable solution around for those who don’t need it. Fortunately, Core i5/i7 Lynnfield remedies this in more ways than one.

As you know, the Lynnfield LGA 1156 processor is supported by the P55 Chipset which may be second fiddle to the X58, but has clearly shown in our testing that it is no slacker. It’s also substantially cheaper than its older brother which means that you’ll have more cash to spend on a processors as well as something like the MSI P55-GD65 Motherboard on the test bench today. Does the dark and mysterious MSI work for this platform? Let’s find out! 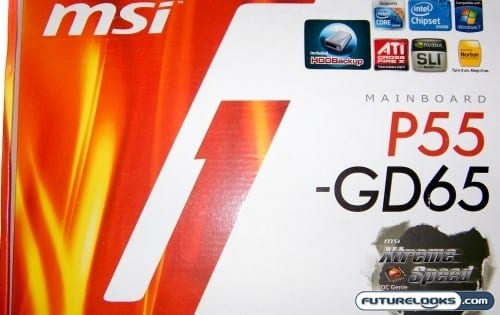 The launch of the P55 Chipset and the new motherboard designs have opened up possibilities for more useful features. Aside from the basics like SATAII, full x16 PCIE SLI/CrossfireX support, 8 Channel HD audio, eSATA, GIGABIT LAN,and DDR3 compatibility up to 2000 MHz, MSI’s number two P55 solution offers some improvements to existing and new features.

You’ll find that the board is supported by MSI’s Xtreme Speed overclocking technology. It is supported by a trio of different features called OC Genie (world’s first auto overclocking processor button), SuperPipe (8mm heat pipe for better cooling), and DrMOS which is essentially the name given to the 1000 kHz MOSFETs that provide 400% faster power management and Active Phase Switching. This should theoretically help prevent voltage drooping which benefits the processor most when pushed to the limit.

For more specifications and other good reading, you can check out the MSI P55-GD65 product page. All other hands, report to the rest of this article for some real world observations.

Lots to See in the Box

Well, we can say that this is probably the flashiest MSI motherboard bundle that we’ve seen to date. MSI included plenty of product documentation that explains every feature and spec right down to the programs on the CDs. Typically, most manufacturers just stick you with a disk and let you figure it out. By explaining what the software does, people might actually use it and get some benefit from it. 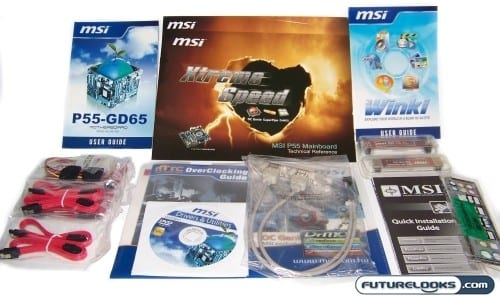 The CDs contain a few other things like all the software drivers needed to get the system up and running, which includes any Windows 7 drivers. This is important since P55 has been specially tuned for Windows 7. Sure it’s a little early since Windows 7 doesn’t officially launch till October 22nd, 2009, but it’s nice to see motherboard vendors on the ball so soon. This will prevent any repeat “VISTA” nonsense when non one was ready.

A couple of other useful software items on the discs are Norton Anti-Virus Security, HDDBackup handy for recovering from bugs, and Winki 2.0. While the first two are self explanatory, Winki 2.0 is a free Linux based OS included to make using your system simpler. It includes programs called Web Browser, Free Phone Call, Instant Messaging, and Photo View.

That pretty much sums up what you’d use the PC for other than games which you’ll have to include yourself. Since this board does tout overclocking, it would be more appropriate to see bundled benchmarks like 3DMark Vantage or SiSoft Sandra.