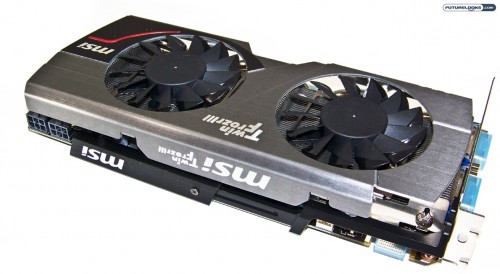 Each video card’s operational temperature was monitored using MSI Afterburner. The GTX 560 Ti cards were also overclocked using MSI Afterburner keeping the core and memory linked. Video card fan noise was too low for most all of my sound meters set up at 3 feet away. Instead, noise was measured at 12″ from the cards just so we could get a reading. Now on with the testing! 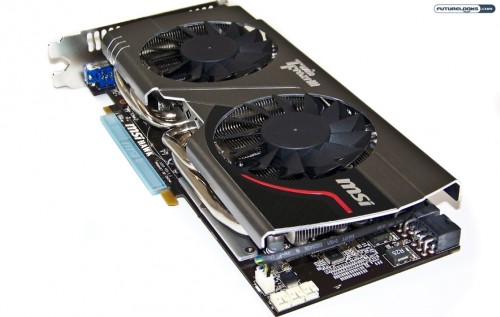 MSI’s GTX 560 Ti series aren’t designed without a little something extra under the hood. In fact, their entry level card is actually an OC model and clocks in higher than the base model GTX 560-Ti. Yet, it still has some overclocking head room. To show you what that means, all three of the 560 Ti were overclocked using MSI’s Afterburner utility so you can see where the extra GPU quality comes into play. 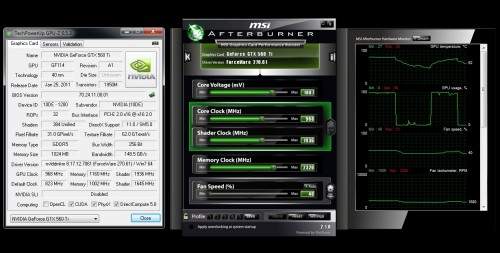 The entry level NVIDIA Geforce GTX 560 Ti tried very hard to match the Hawk’s stock frequencies. But, like all overclocking, we wouldn’t recommend pushing these voltages 24-7 for months on end. And, yes, this is almost typical of any decent GTX 560 Ti card. 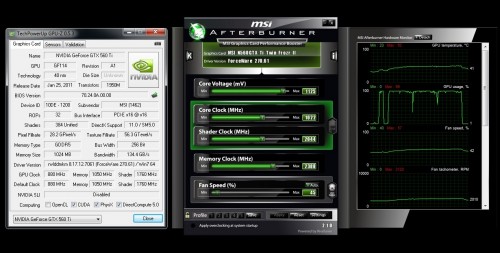 The biggest surprise came when the Twin Frozr II screamed passed its 880MHz core clear up to 1022MHz. Temps and noise were still very well managed. Again, we wouldn’t say do this for days on end as it could greatly diminish the lifespan and stability of the card long term. 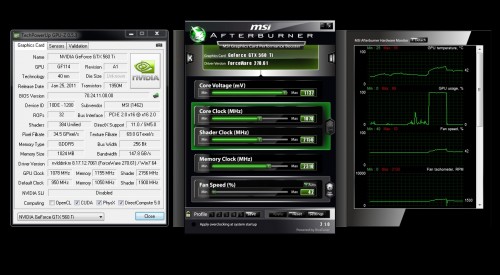 Finally, the Hawk has even more overclocking left under that bigger VGA cooler and beefier heat pipes. It required near MAX voltage getting near 1080MHz core. The memory seemed to top out oddly on both cards at about 2320MHz. The core/shader frequencies are where the bulk of the performance is at and the results should prove to be interesting in the benchmarks.

Keep in mind  that your overclocking results will vary. Here in the Seattle Lab, we use tech stations without extra cooling fans. Extra air flow may or may not help. However, if your computer case doesn’t have good air flow to begin with, heat will quickly cause stability and cooling issues. Just how hot these cards get will be covered after the benchmarks once we observe how well the cooling solutions perform.