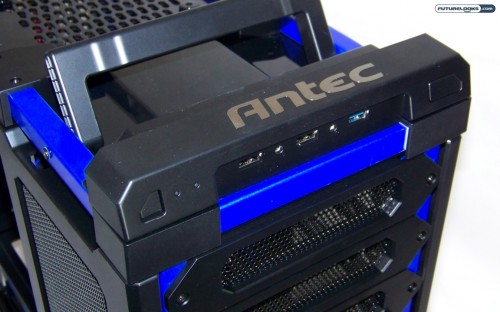 Antec offers some of the cleanest yet abstract enclosure designs on the planet. It’s like one department is always keeping professional while another keeps it interesting. Every so often we see something that doesn’t seem to make sense at first glance. The Antec LanBoy Air enclosure is one of those special creations. Built for gamers and enthusiasts with hot and power hungry performance components, air flow is of vital importance in this fully modular design. Throw in nothing more than a frame work while removing all of the conventional panels and we’ve got an Antec that’s truly special. Let’s find out if we can hold it to that standard. 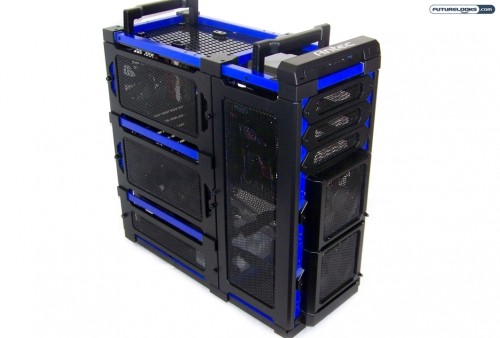 To compare this to anything in the conventional Antec arsenal just wouldn’t be right. Like the bold Skeleton Open Air Chassis, the LanBoy Air is designed to make an impression. Have a look at the unique features in our unboxing video to see just how special this case is…

Regardless of the LanBoy Air’s fully-modular design, the chassis is pretty solid. It doesn’t flex or bend when handled which is important given the accumulated component weight once fully operational. It’s really interesting to see that all the panels and doors are easily removable. Without them all in place, the LanBoy Air actually looks kind of like a cool Lego project mod.

About the only notable issues users might run in to are the two 120mm fans on the right panel that might interfere with rather ridiculously large CPU or video card coolers out there. The standard sized tower cooler is still the safest choice. The two bottom slots intended for SSDs will require a little dexterity in order to connect wires and cabling because they sit so low within the front drive bay. We’ll see if that’s an issue in our installation impressions. 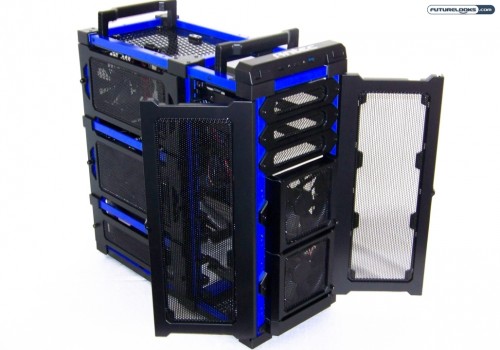 Whether it’s blue, red, or yellow, the ANTEC LanBoy Air can be found for $199 US MSRP. Some stores have even offered them for as low as $99 US after rebates, making the proposition of such a unique chassis even more attractive. As mentioned in our video, the price includes plenty of extra AirMount HDD bungee straps of sorts that allow you to properly suspend as many drives as you like.

Let’s move along and see what sort of performance and value your hard earned dollar nets you.