We’ve already been told that it’s coming “Zune” to Canada, but how does Microsoft’s sophomore entry into the MP3 player market compare against the iPods of the world? I had the chance to take the larger Zune 80GB out for a test drive and I have to admit that they have made some serious improvements over the first-generation Microsoft Zune. 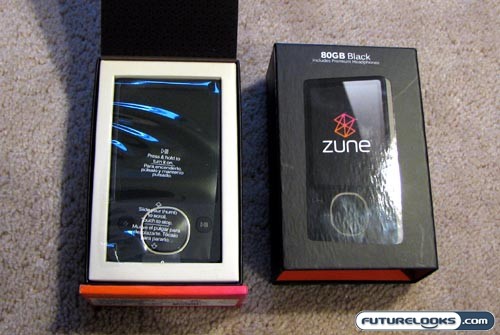 The first-generation Zune (30GB) is not going to make its way to the Canadian market and thank goodness. That thing was bulky and the user interface wasn’t nearly as intuitive as the equivalent offering from Apple. For their Canadian launch, Microsoft is only sending the newer three models of the Zune, all of which are already available south of the 49th parallel.

The Zune 4GB and Zune 8GB are similar in size and shape as the second-generation iPod nano. For the purposes of this review, we took a closer look at the Zune 80GB. Although it has a footprint that is similar to the first Zune, it does feel a little lighter in my hands and it seems to a smidge thinner as well. All three models are equipped with the Zune Pad for navigation, which is a considerable step in the right direction compared to the clunky plastic five-way navigator of the first Zune. 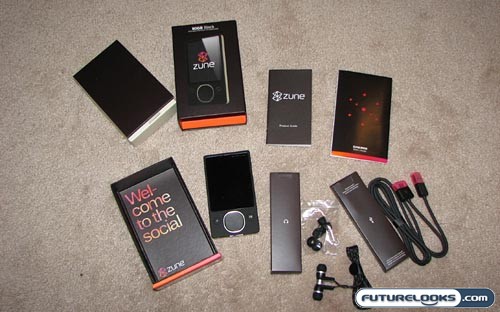 Let’s have a look at the key specifications on the Zune 80GB.

With the noted exception of the integrated Wi-Fi connectivity (and all the associated functionality), this feature set is pretty much in line with the iPod Classic 80GB. Where the Zune wins, in this regard, is the fact that it has a much larger display, making video watching a richly rewarding experience.