I’m coming from the perspective of the Microsoft Wireless Laser Desktop 6000 (v2.0). The USB transceiver for that desktop setup comes on a rather long USB cord and the transceiver itself is about the same size as a small mouse. This has some advantages, I suppose, but it can also be quite cumbersome. 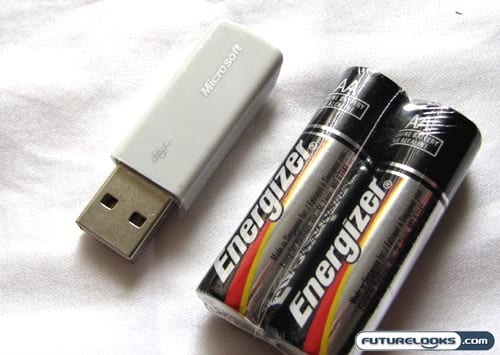 Thankfully, that’s not what you get with the Wireless Desktop 3000. Instead, the transceiver here is even smaller than the SanDisk Cruzer USB flash drive; it’s about the same size as what you get with the Logitech MX Revolution. The transceiver isn’t much bigger than a single AA battery. That’s great for notebook users and, despite its smaller size, I did not experience any reduction in signal fidelity.

Starting with the Wireless Keyboard 3000 v2.0 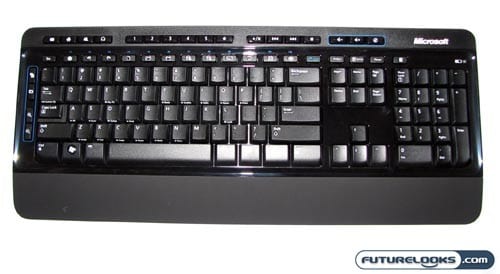 One half of the wireless desktop solution comes from the Microsoft Wireless Keyboard 3000 v2.0. This multimedia-oriented keyboard comes largely with a slightly glossy black plastic surface, accented with a few blue highlights that indicate some of its added functionality.

This is a full keyboard, so along with the usual set of letters, there is the numeric keypad to the right. There are also a series of specialized media keys and other buttons located along the left edge and top edge, both of which I’ll describe further in just a moment.

As a relatively lightweight and “plastic-feeling” keyboard, the Wireless Keyboard 3000 v2.0 does give off a certain sense of being cheap, but it doesn’t feel like a totally budget-oriented solution. It’s no premium keyboard, but I’m still reasonably pleased with the build quality and design. 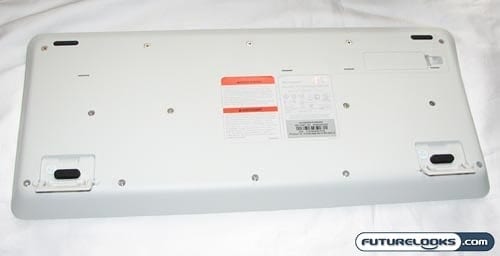 Interestingly, despite the overwhelmingly black color scheme on the top side, this keyboard is completely matte white (almost eggshell) on the underside and along the sides. I guess this is meant to give a dash to style to an otherwise standard keyboard, but I would have preferred if the black continue through to the back as well. 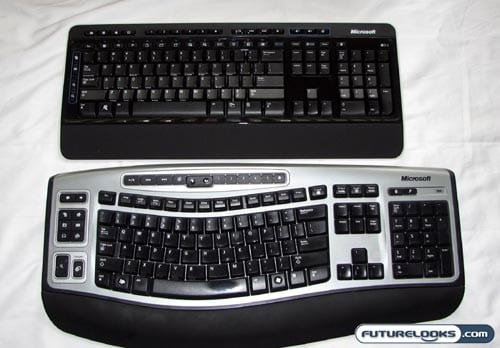 Compared to the other Microsoft keyboard that I use on a daily basis, the Wireless Keyboard 3000 v2.0 is little bit more compact. Each of the individual keys is noticeably smaller and they are laid out in a completely linear fashion, unlike the Wireless Laser Keyboard 6000 v2.0 that I have pictured here.

It took a few minutes to get used to the slightly smaller size, but I was typing away as normal after that transition period. The keyboard is still a little bigger than what I get with my Dell 640m notebook, so it could be a good transitional piece for people coming from a laptop-only environment.

In terms of typing comfort, I did find that there was more key travel here than with the Laser Keyboard 6000. This is largely a matter of personal preference, but I found that my typing speed was lowered just slightly as a result. Aside from that, I appreciated the relatively soft feel of the key travel and the comfortable surface of each individual key.