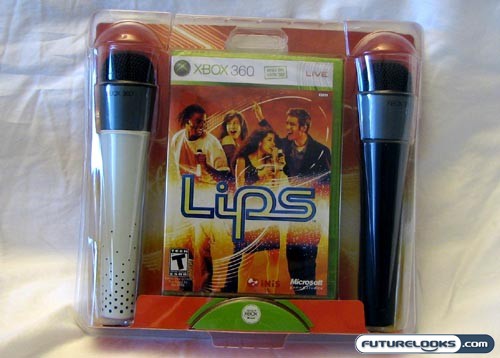 If American Idol has taught us anything, it’s that some people should stick to singing karaoke at home. They really shouldn’t be allowed out in public places, trying their darndest to mimic the vocal stylings of Whitney Houston. They just shouldn’t do it. That’s why there are games like Lips for the Xbox 360 to satiate our desire to sing our favorite songs.

Now, it’s not like Lips is the first of its kind. If you have a PlayStation 3 (or even a PS2 for that matter), you may have already enjoyed the fun associated with the SingStar franchise. There’s also Karaoke Revolution, including an American Idol edition. So, how does Lips for the Xbox 360 stand up against these alternatives? Let’s have a look.

One of the first things that I noticed about Lips is that it comes with not one, but two wireless microphones. Given the party-oriented focus of this karaoke game, it makes sense to take full advantage of the multiplayer aspects. This package is nowhere near as extensive as the full band experience that you’d get with Guitar Hero World Tour and Rock Band 2, but it’s not about playing in a band. It’s about singing. 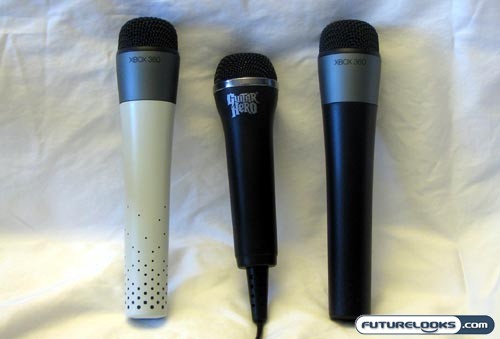 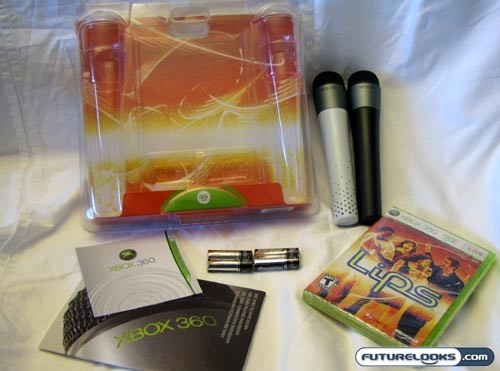 You’ll also notice that the microphones are a fair bit bigger than the Guitar Hero equivalent. This may partly be explained by the need for a pair of AA batteries for each wireless microphone, as well as all the additional components required to do the wireless thing. Further still, both the Xbox 360 text and the “dots” near the bottom of the mics actually light up during gameplay.

Unfortunately, the mics do not have any Xbox 360 controls on them, so you still need to use a regular controller. I also found the sync process to be not obvious enough, because I was unsure whether I had successfully connected the mic to the system until I started singing.

Possibly taking a page out of the Nintendo Wii, the included wireless microphones also have motion sensors. These are used for a few novelty gameplay elements and I’ll discuss these further a little later in the review.