Search
Home
Reviews
Linksys WRT32X Gaming Router Review
The Linksys WRT32X can help ensure your gaming experience is the fastest possible by giving your gaming computer the highest priority over your other network traffic.
Pros
Cons
2017-11-23
9.5Overall Score
Prev2 of 5Next

When it comes to the Linksys WRT32X, it does share many cosmetic traits with the rest of the Linksys WRT family. If you have or have ever used a Linksys Wi-Fi router, then you will feel right at home with the WRT32X. 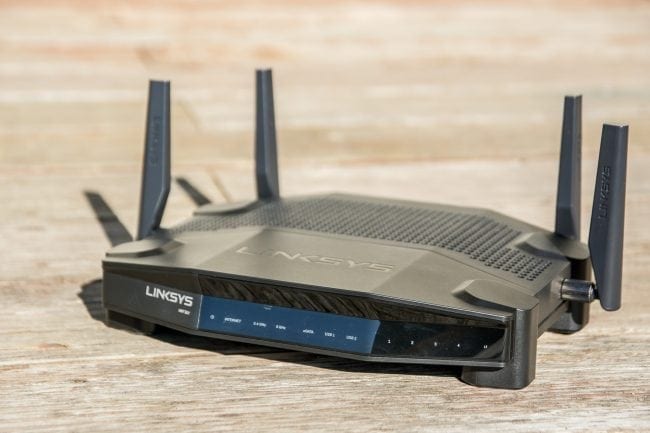 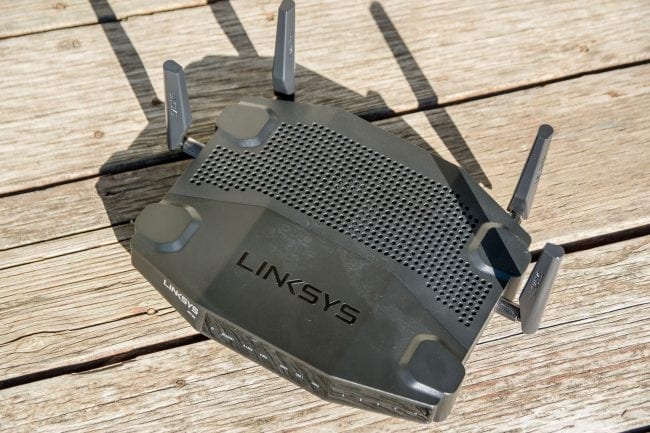 The big difference I would think is the colour. The majority of Linksys WRT products I’ve used or have seen have been more along the blue and black colour palette, whereas the WRT32X is all black. No, not the New Zealand rugby team, but the housing, antennas, feet… everything is black in colour.

I think this makes it look great for a gaming setup, if that is such a thing. It is entirely made from plastic, but most Wi-Fi routers are these days, which I think is a shame. A router of this size in a metal housing might be a tad heavy, but for me, it would have added to the appeal of the physical design. I wish more consumer networking hardware were made with metal enclosures. 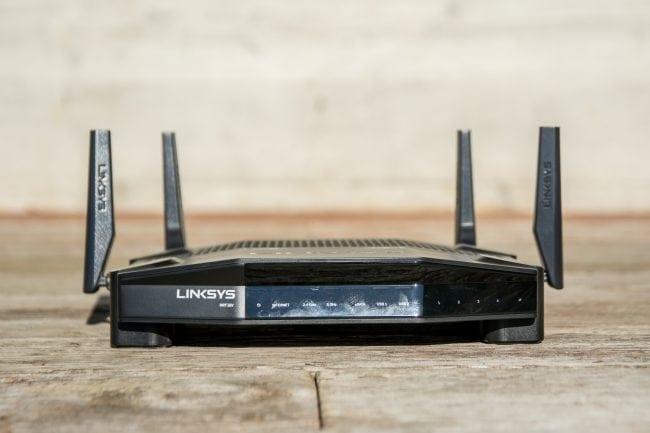 Along the front size of the WRT32X, you have the LED status area. When the router is powered up and doing its thing, the LEDS glow blue and show you exactly what is happening: Internet, Wireless, Wired and more. 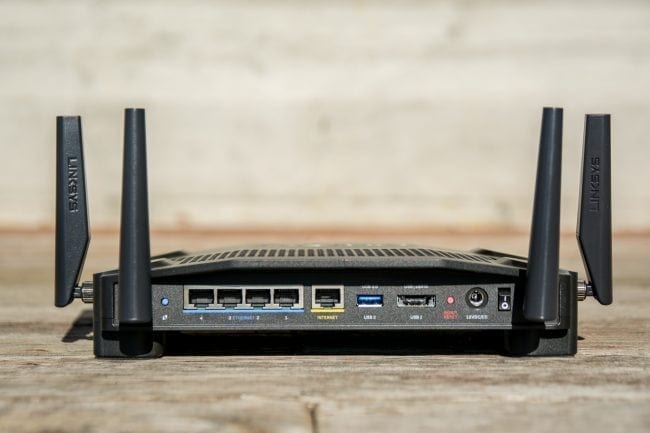 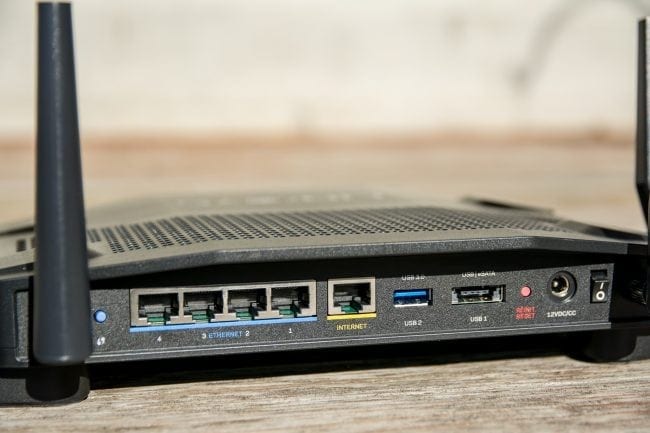 Rotate the Linksys WRT32X to the backside and you see all the connection ports you can access: four gigabit switch ports, one gigabit WAN port, a USB 3.0 port, the eSATA/USB2.0 port, the reset button, and the power switch. 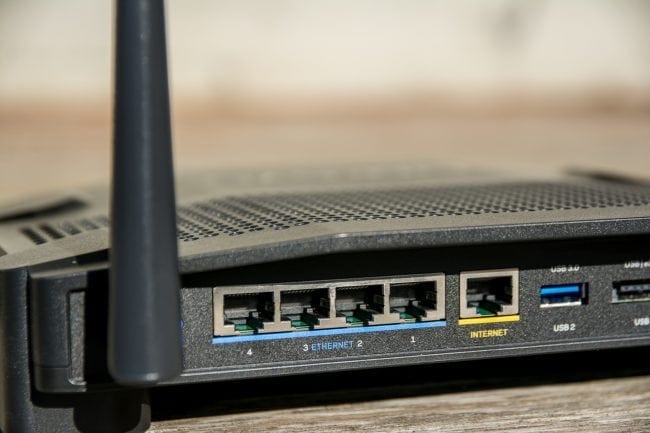 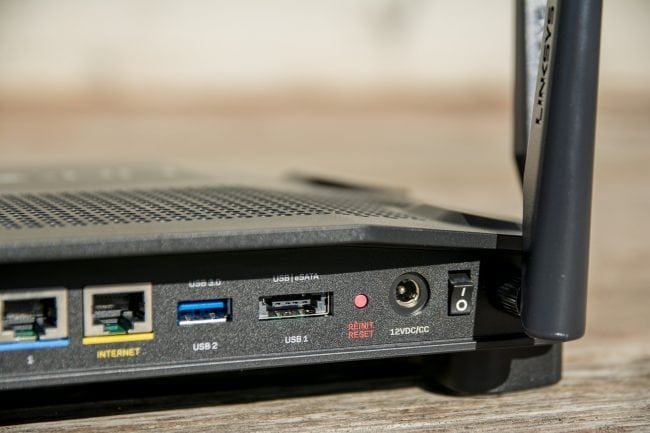 I have always liked when Wi-Fi routers come with power buttons. A simple toggle switch like the one on the WRT32X or the push-button variety that others have is a simple feature that’s decidedly useful. A graceful shutdown would be ideal, but if I want to plug in the router without powering it on first as I set up all the other cables, this is good. It also allows for an easy reboot mechanism if you cannot access the router’s UI.

One design aspect that is missing from the Linksys WRT32X is the ability to hang this on the wall. If I think about it, I do believe all Linksys WRTs are like that; they are designed to sit on a flat horizontal surface. The status LEDs and ports in their current positions wouldn’t be conducive to being hung on a wall. That doesn’t bother me and it probably won’t bother most people either.